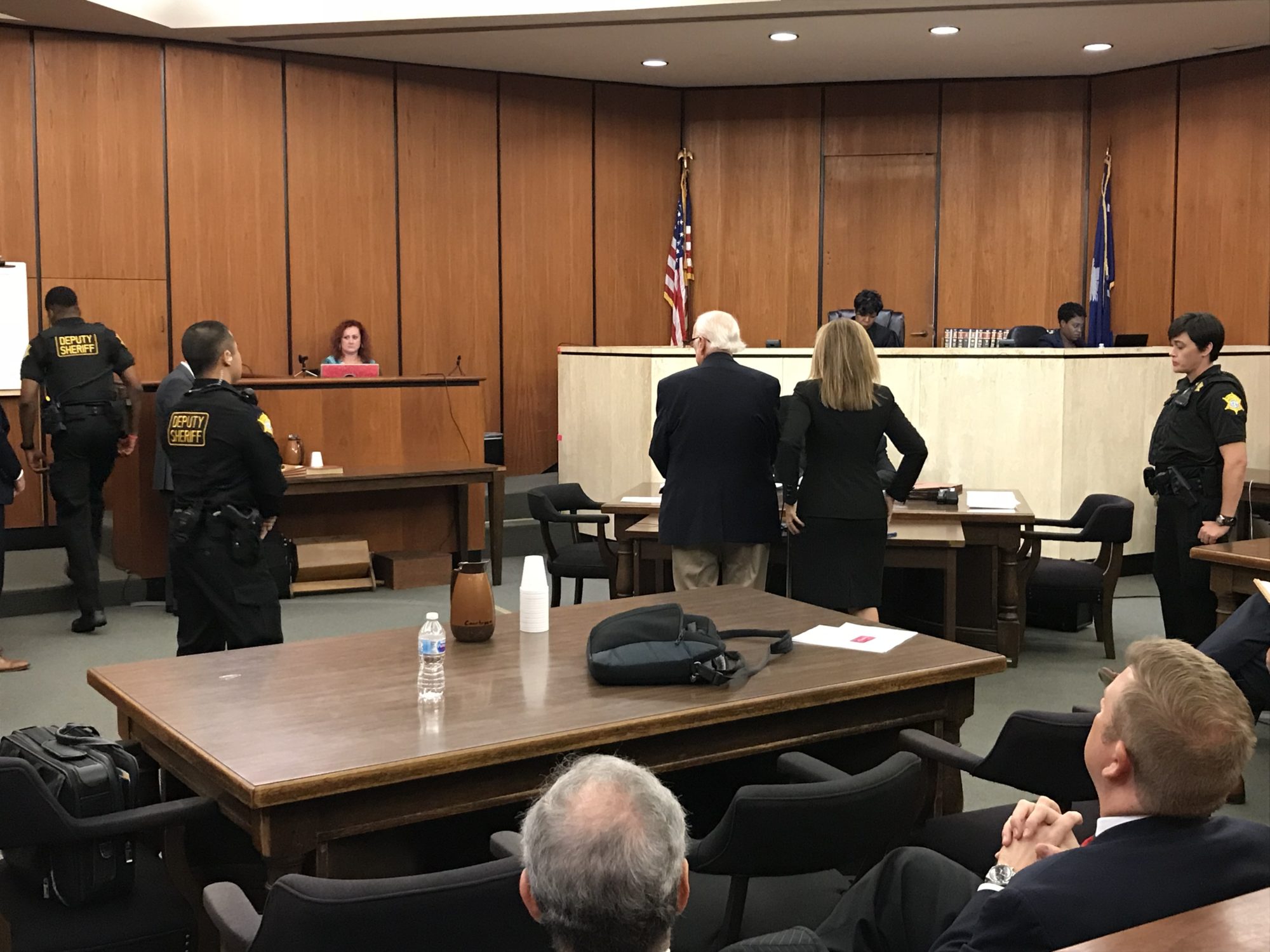 The political consulting empire of veteran “Republican” consultant Richard Quinn purchased politicians to do its bidding on behalf of multiple influential interests, according to damning details of indictments discussed in open court by special prosecutor David Pascoe.

Additionally, Pascoe says evidence of systemic corruption related to Quinn’s political empire is still rolling in … adding to the “massive amounts of information” already obtained by state and federal agents over the course of the four-year-old #ProbeGate investigation.

“(Quinn) used legislators, groomed legislators and conspired with legislators to violate multiple state ethics acts,” Pascoe said.  “All so he could make money.”

“He was a very effective but illegal lobbyist,” Pascoe said, referring to Quinn. “All under the radar.”

Pascoe spoke of Quinn bragging about his “tentacles,” specifically referencing to his relationship with South Carolina attorney general Alan Wilson – who has yet to be charged in connection with the case.

“He has used those tentacles to corrupt the system,” Pascoe said.  “We believe he spearheaded this entire conspiracy, and got a lot of people into this mess.”

Pascoe wasn’t alone in the courtroom.  Joining him at the prosectors’ table was S.C. State Law Enforcement Division (SLED) chief Mark Keel, whose agents have been conducting much of the investigatory work in connection with this probe. 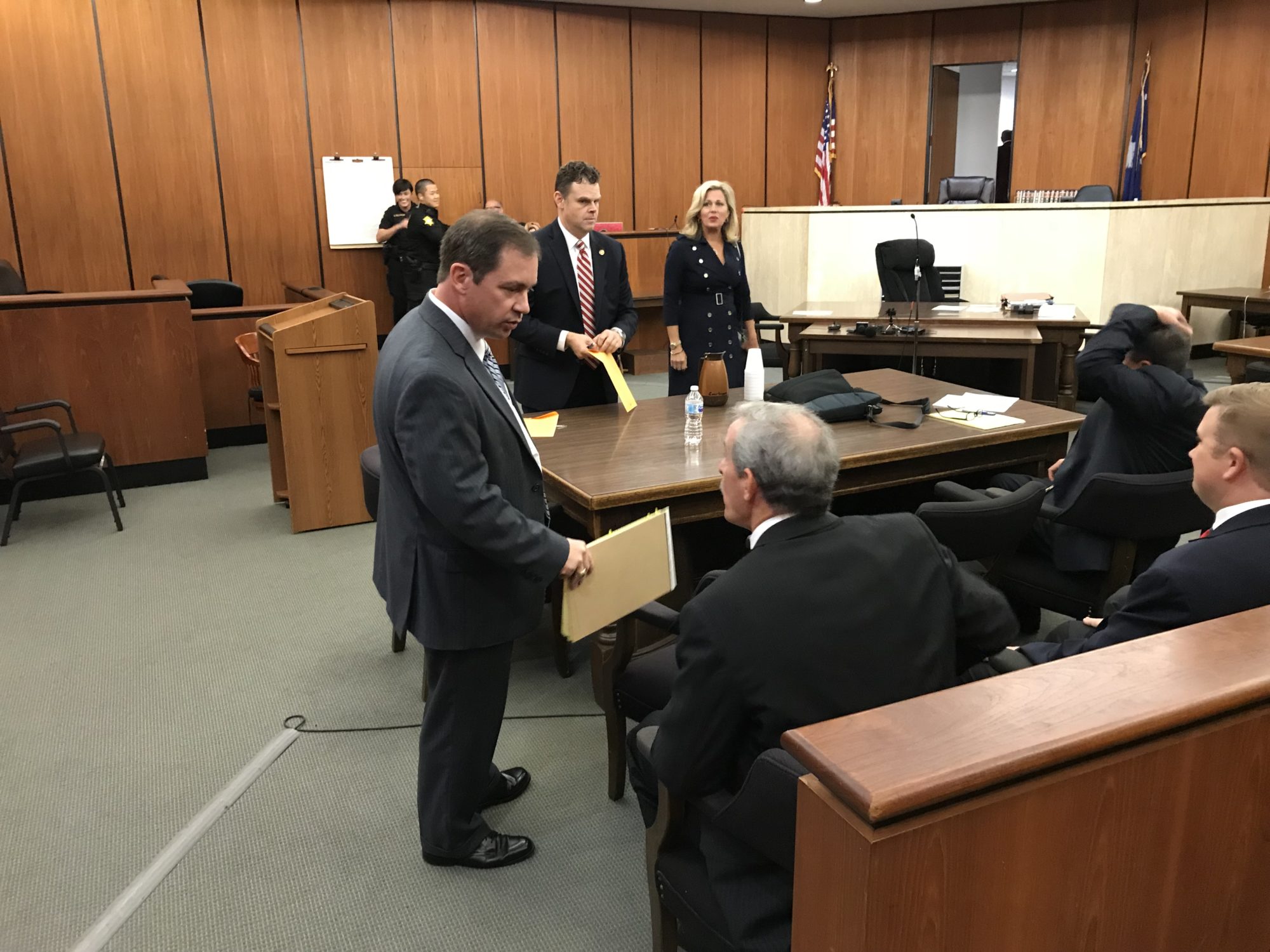 “We vehemently deny and dispute all of the allegations,” Richard Quinn’s attorney Deborah Barbier said on behalf of her client.

Exclusively uncovered by this website back in 2014, #ProbeGate has been nothing short of a wrecking ball on Palmetto politics.  Its first victim?  Former S.C. Speaker of the House Bobby Harrell, who resigned his office three years ago after pleading guilty to six ethics charges.

The investigation has taken numerous twists and turns since then, though …

Earlier this year, former S.C. majority leader Jimmy Merrill resigned his post shortly before pleading guilty to one count of misconduct in office.

Like Merrill, Harrell also agreed to cooperate with investigators.  In fact twenty-nine additional charges originally filed against him were placed on hold – pending his cooperation as a witness for the state.  Should Merrill fail to cooperate with state or federal authorities during the course of the investigation, Pascoe reserves the right to prosecute Merrill on all of the charges – which could carry more than six decades of jail time.

Over the past year, the corporate and political interests of the Quinns – a.k.a. the “Quinndom” – have become a clear focus of the ongoing probe.  This included a March 2017 raid on one of their corporate headquarters (and the stepped up involvement of federal authorities in its aftermath).

Pascoe (above) made repeated references to the Quinns’ once-expansive client roster during Tuesday’s hearing – specifically referencing BlueCross BlueShield of South Carolina, Palmetto Health, the government-run S.C. State Ports Authority (SCPA), the University of South Carolina, telecom giant AT&T of South Carolina, and embattled utility SCANA, which is currently at the heart of a separate multi-jurisdictional investigation. 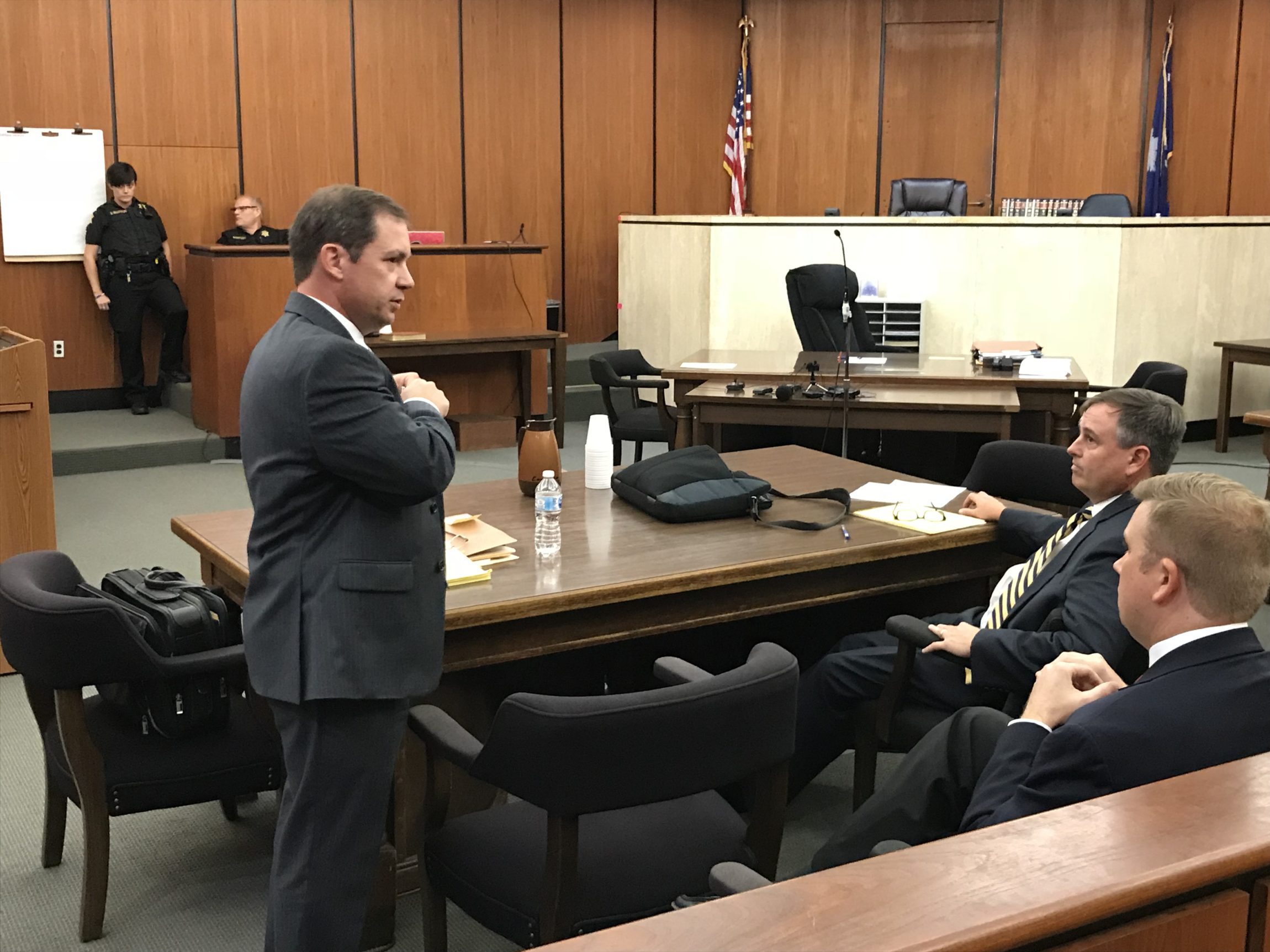 According to the special prosecutor – who has survived two high-profile attempts to have him booted off the case – evidence of undisclosed pay-to-play activity is rampant.  One such piece of evidence?  An email sent from a corporate chief executive officer to their employees discussing how the Quinns’ allegedly convinced one lawmaker to “take a dive” on a key vote.

“We have gotten information from a legislator that both Rick Quinn and Richard Quinn asked the legislator to ‘take a dive,'” Pascoe told S.C. circuit court judge Jocelyn Newman.  “That lawmaker’s statement has since been corroborated by evidence.”

Speaking to reporters following the hearing, the younger Quinn once again proclaimed his innocence in regards to the latest charge filed against him.

“I want to prove to the public and my constituents that I have represented them honorably,” Quinn said, adding that he obtained “opinions from regulatory authorities that guided my conduct at every step of the way.”

Quinn also accused Pascoe of playing politics with the investigation.

“My family is caught between a sitting attorney general and a Democrat who wants to be attorney general,” Quinn said.  “I can come to no other conclusion than that is part of what is motivating him.”

“At no time did Mr. Edge – while he was being compensated by Mr. Quinn – list the lobbyist principal money his employer was receiving,” Pascoe stated.  “Nobody got to know that Mr. Edge’s employer was getting over $13,000 a month from Palmetto Health.”

Pascoe told judge Newman that Edge and Harrison have both been “very cooperative” with investigators, which leads us to the biggest question related to this drama: Who is its ultimate target?

“Everything looks to be on the table,” veteran reporter John Monk of The (Columbia, S.C.) State newspaper was overheard saying after the hearing on Tuesday.

Everything clearly is on the table … and at this point, all bets are clearly off …