Why did we do that?

Well, a pair of powerful plaintiff’s attorneys – Columbia, S.C.’s John Nichols and Matthew Richardson – are in the running for the position, as is Ralph King “Tripp” Anderson, chief judge of South Carolina’s administrative law court (and an ally of powerful S.C. Senate leader Hugh Leatherman).

Against such high-profile opponents, Mullen simply didn’t strike us as one of the top prospects on the list – although several sources have warned us against overlooking the Hilton Head Island native.

“(Her) husband George Mullen is very well connected in Republican circles, particularly in the Grand Strand,” one insider told us.

First elected to the bench in 2006, Mullen received very little support from her home county’s legislative delegation when she first ran.  She also defeated an opponent who was backed by the powerful state trial lawyer’s lobby.

“That is really unheard of,” our insider pointed out. 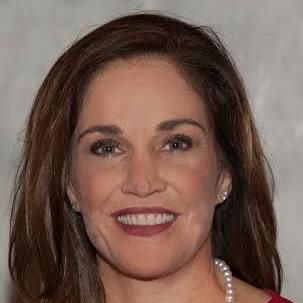 Mullen has plenty of support from her local delegation this go-round, though.  And she’s also become exceedingly popular with the black community for her December 2014 ruling rebuking a 1940s-era Jim Crow execution.

“The Lowcountry is desperately under represented on these Courts, and the while Beaufort County is one of the fastest growing areas of the State – the area has not had someone on an appellate court in a long time,” one insider noted.

This website has consistently called for a more direct line of accountability as it relates to the selection of judges in South Carolina.  Specifically, we’ve recommended that lawmakers cede their control over judicial appointments to the executive branch – with the State Senate providing advice and consent on those appointments (i.e. the federal model).

We’re also open to judges being elected directly by the people.

One way or the other, the current system must be changed as it reeks of dirty dealing and self-interest by powerful legislative leaders and lawyer-legislators – who then turn around and try cases in front of the judges they appoint.