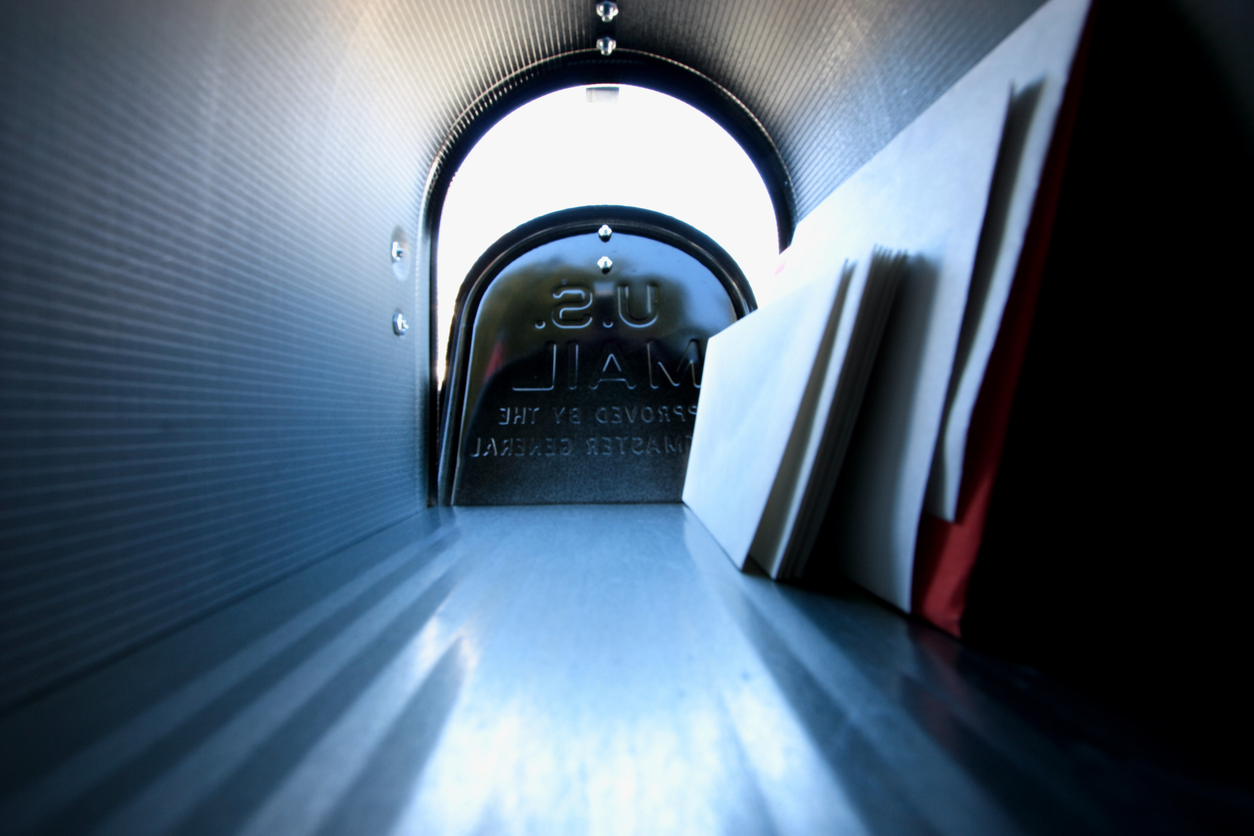 We’ve written previously on the third party broadsides against this influential lawmaker – who is standing for reelection (along with every other member of the S.C. House of Representatives) this year.

White, 50, is seeking another term representing S.C. House District 6 (map) – a seat he has held since the 2000 election.  If he can keep his seat, he will continue to serve as chairman of arguably the most influential panel in state government.

The House ways and means committee gets first crack at all taxing and spending legislation in the Palmetto State – and White has led that committee since 2011.

Unfortunately, over that time he’s been supportive of more taxing, borrowing and spending on a government that consistently produces abysmal outcomes – economically, fiscally, educationally and with regards to infrastructure, public safety and other core functions of government.

That approach has kept White in power, though … for now.

As we approach the filing season for partisan primary elections, White is being targeted by a group called Citizens Opposed to Arrogant Politicians.

But who is behind this group?

As we noted last week, several political operatives with ties to the gubernatorial campaign of Henry McMaster are involved in this ongoing effort.

Those revelations have reportedly prompted McMaster and his allies to scramble – reaching out to White in an effort to mend fences.

McMaster – who has found himself in a dogfight ahead of this June’s gubernatorial primary race – has plenty on his plate at the moment.  The last thing he needs is to pick a fight with a guy who wields far more power than he does at the State House.

Of course McMaster’s effort to distance himself from the campaign against White is also very telling … proving once again that his “veto” of a gas tax hike championed by White and other liberal “Republicans” in the S.C. General Assembly was all for show.

If McMaster were serious about taking a stand in support of lower taxes and less government, he would have publicly announced his intention to target White for defeat months ago when it became clear the veteran lawmaker would face a credible challenge.

Anyway, for those of you interested in taking a look at the latest mailing targeting White, here it is … 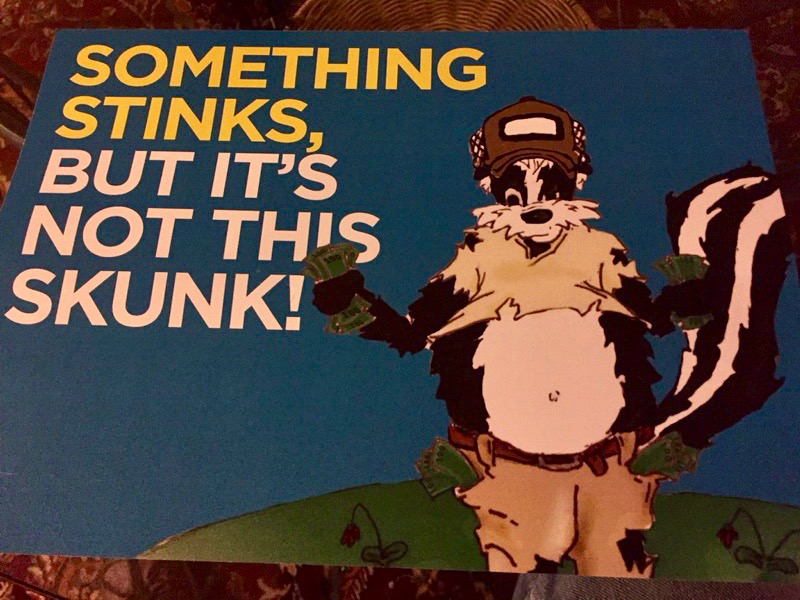 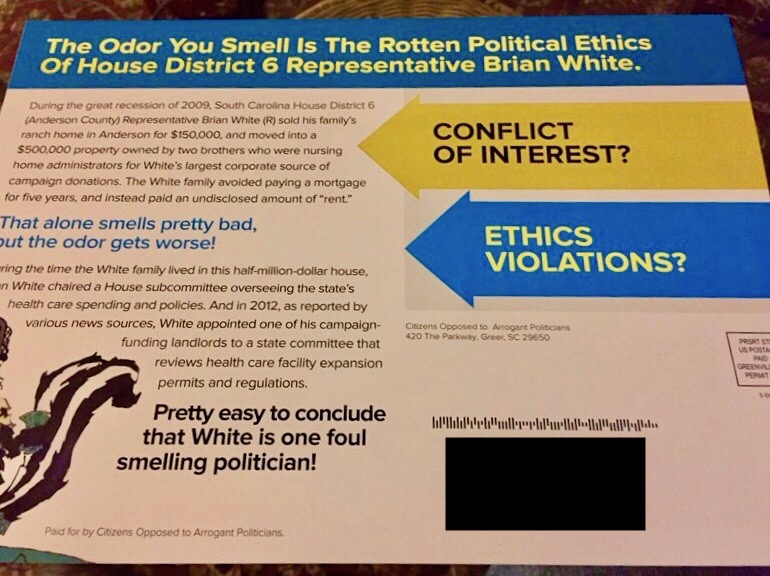 According to the mail piece, White has been involved in various and sundry ethically questionable dealings related to the residences in which he has lived in Anderson County over the past decade.

All of this was originally exposed by this news site way back in December of 2014 … although at this point nothing has come of the allegations against White.

Stay tuned … we will continue to dig into this mysterious group (and those rumored to be behind it), although as we’ve stated previously we can’t see any scenario in which we would do anything other than applaud their efforts in this particular district.