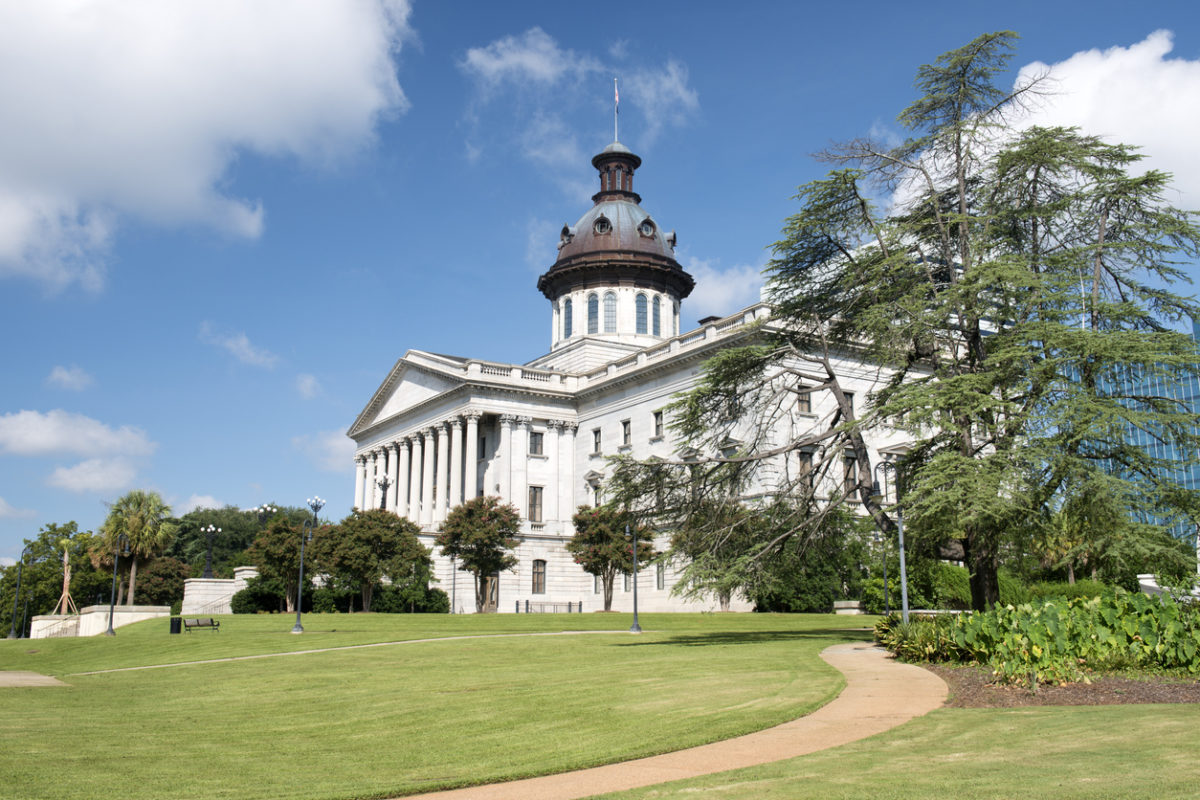 For years, these loopholes have allowed politicians like Nikki Haley, Rick Quinn, Jimmy Merrill and others to secretly pocket mad stacks of cash from select special interests – insiders they were essentially lobbying for while they pretended to represent the people of their district.

Last week, we learned several other former lawmakers were getting paid on the “DL” while they were serving at the S.C. State House.  And now, according to Adcox, we learn that “even after last year’s income disclosure law required public officials to start reporting all sources of income – public and private – much can remain hidden.”

Just as politicians conveniently label themselves “Republican” or “conservative,” how they identify themselves professionally is critical in determining whether their self-serving conduct is deemed to be legal or not.

If a lawmaker is retained as a “consultant” – and if these “consulting” payments are routed through a third party – then lobbyist principals (i.e. the special interests purchasing legislation at the S.C. State House) can continue to buy elected officials to do their bidding with impunity. 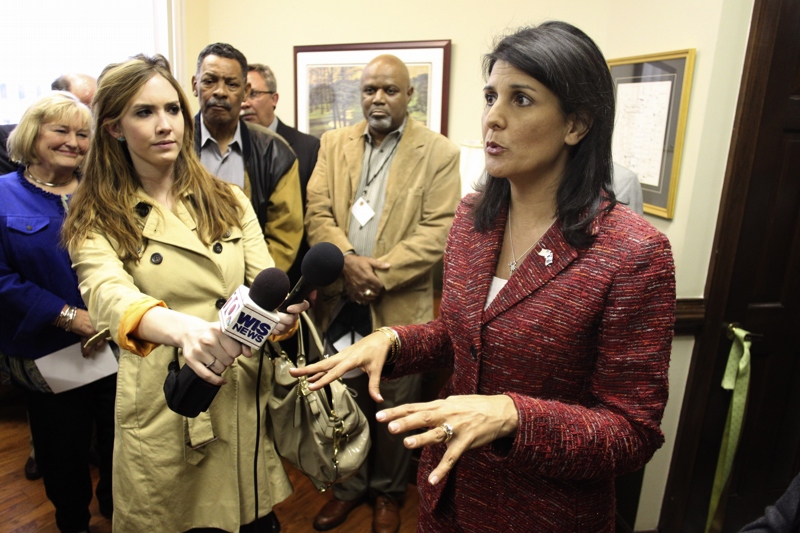 All of this corruption might have been exposed at Haley’s 2012 ethics trial, but she threatened to bring lawmakers down with her if she was prosecuted … so they let her off.

Which reminds us, it’s critical to remember that Haley’s case was not assigned to a prosecutor or heard by a jury – it was handled by her former colleagues in the S.C. General Assembly.

She was able to get off thanks to the Palmetto State’s corrupt system of self-policing – in which lawmakers had exclusive jurisdiction over ethical allegations involving their current and former colleagues.

So to recap: Lawmakers controlled what they were required to report to the public. And they controlled the process by which allegations of ethical impropriety were heard and adjudicated.

That’s a license to steal, people … and the theft has been rampant.

Even more astoundingly, this is the so-called “ethics” system lawmakers erected in the aftermath of Operation Lost Trust – a massive corruption scandal a quarter of a century ago that resulted in multiple lawmakers being busted for taking bribes.

This was supposed to be the “reformed” system … but like the last one, it proved far to easily for influential interests to infiltrate and manipulate to their advantage.  In fact, it essentially legalized the bribery.

Unfortunately, their efforts have been opposed by most of their colleagues – and by powerful legislative leaders like Senate president Hugh Leatherman (who has a powerful incentive to preserve the status quo).

The result?  Reform in name only … 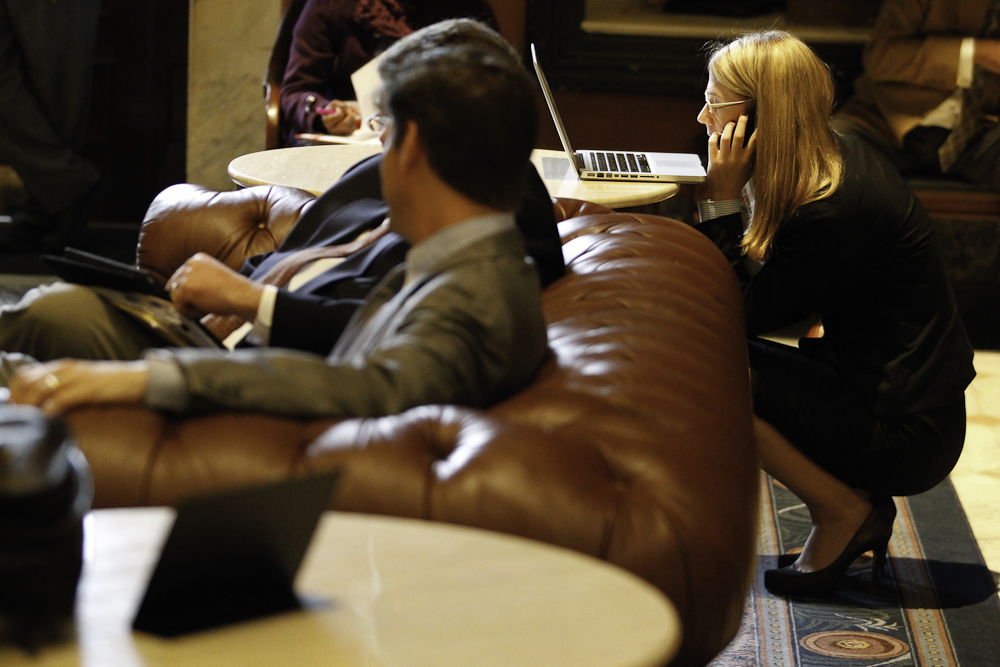 Last month, this news site unveiled what we believe to be an essential, long-overdue overhaul of the current “ethics” laws governing state lawmakers.

We didn’t tinker around the edges.  We didn’t go for the “quick fix.”  We went for the jugular.

First, we proposed spending $8 million (out of the state’s $29 billion budget) to set salaries for all state lawmakers at $80,000 per year, not counting benefits.

Hold up … our first “reform” is to give a massive pay raise to the people robbing us blind?

Yes … because this $8 million increase would be accompanied by the most draconian anti-corruption measures South Carolina state government has ever seen.

First, lawmakers wouldn’t see a dime beyond their inflation-adjusted salaries (and defined benefits available to all other state employees).  No more “in-district” or “per diem” payouts.  Just their salaries and benefits. Period.

Second, the higher legislative salary level we’re proposing would be accompanied by an absolute ban on lawmakers receiving government contracts or other taxpayer-funded compensation of any kind.  The same ban would extend to their relatives and businesses.

Third, lawmakers would no longer be allowed to accept gifts of any kind – from anyone.  Basically if you become a state lawmaker, Santa Claus forgets your name.  Not even a lump of coal in your stocking on Christmas morning.

Fourth, lawmakers whose campaigns receive contributions from specific entities would be barred from sponsoring legislation or casting votes related to those entities.  They would furthermore be required to either recuse themselves in such cases, or return the campaign contributions they received.

Fifth, there would be a lifetime ban on lawmakers becoming lobbyists.  No waiting period.  No window.  A permanent ban.

Sixth, whatever new ethical prohibitions end up being put in place (and this is far from an exhaustive list) there must be real accountability in terms of enforcement.  That means lawmakers accused of violating the new ethics act would be subject to standing charges in open court like the rest of us – as opposed to being allowed to hide behind their corrupt self-policing committees.  Furthermore, there would be a minimum sentence of one year behind bars for violators.  No early release.  No probation.  No exceptions.

In addition to these reforms, lawmakers’ campaign accounts must be subjected to far greater scrutiny – particularly when it comes to what constitutes allowable expenses.

Finally, state lawmakers cannot be allowed to have any role whatsoever when it comes to investigating, prosecuting, judging or assigning consequences to ethics cases involving themselves or their current/ former colleagues.

The so-called “new” state ethics committee – which was created with the intention of addressing the state’s perpetual “self-policing” problem – has only made things worse.

Bottom line?  Tweaking the system hasn’t worked in the past – and it isn’t going to work in the future.

Absolute bans must be imposed, and these bans must be enforced absolutely – with real accountability and serious consequences for violators.

Otherwise, nothing will change …