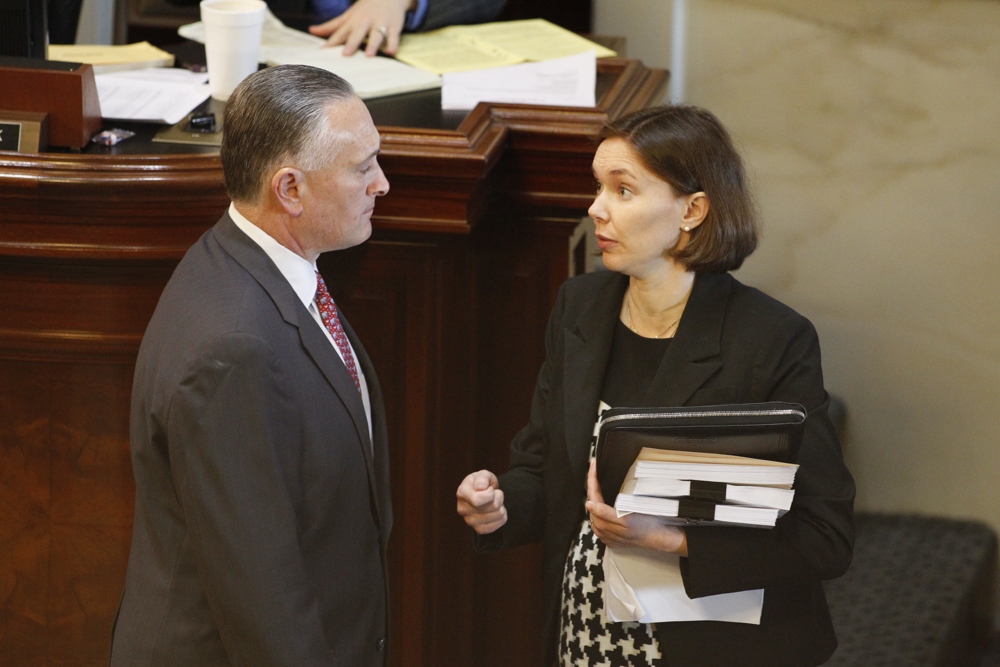 In previous years, former South Carolina majority leader Kenny Bingham’s campaign finances have been notable for what hasn’t been included on them …. namely tens of thousands of dollars in payments from lobbyist principals to a property management company co-owned by the Cayce, S.C.-based “government affairs” consultant.

For years Bingham declined to report any of this revenue to the S.C. State Ethics Commission (SCSEC), arguing in a 2015 deposition that he had a letter informing him that he didn’t have to.

Now, more than a year-and-a-half after Bingham abruptly resigned his post in the S.C. House of Representatives, his campaign disclosures are raising eyebrows for spending that has been reported.

We’re referring specifically to $25,000 in payments to the Charleston, S.C. law firm of J. Brady Hair – which bills itself as a “small firm focusing on federal white collar civil and criminal cases” as well as “state court civil and criminal practice.”

Hold up … why is Bingham spending campaign money more than a year-and-a-half after he stepped down from office?

Perhaps more to the point … why is he spending campaign money on a criminal defense attorney?

Are such expenditures even legal?

As our regular readers know, Bingham is suing this news site and its founding editor, Will Folks, for libel.

Of course that case (which you can read about in detail HERE) isn’t really about libel, it’s about Bingham ascertaining the identity of confidential sources that are tangential to his complaint.

Earlier this month, Bingham went after his successor as House majority leader – Upstate lawmaker Bruce Bannister – as part of his ongoing jihad.  Bannister has stated he represents one of this news site’s confidential sources, and Bingham and his attorney in that matter – tort kingpin Johnny Parker – desperately want to know the identity of his client.

Bingham is also attempting to overturn a landmark ruling by S.C. circuit court judge William P. Keesley – one that affirmed our founding editor’s right to protect his sources.

In the meantime, Bingham is apparently racking up legal bills on another matter.

Incidentally, now that Bingham has been called out for his lack of transparency in reporting his income, it appears he has been belatedly disclosing rental revenue received by the property management firm he co-owns.  In fact, this firm – Bingham Properties, LLC – reported receiving more than $66,000 in rental income from SCANA Services, Inc. on the ex-lawmaker’s 2017 statement of economic interests.

That’s a subsidiary of SCANA, the crony capitalist utility at the heart of the mushrooming #NukeGate scandal.

Stay tuned … if we receive any additional information regarding Bingham’s curious campaign finance filing, we’ll be sure to pass it along.

Exclusive: Favorite For US Attorney Linked To Quinndom