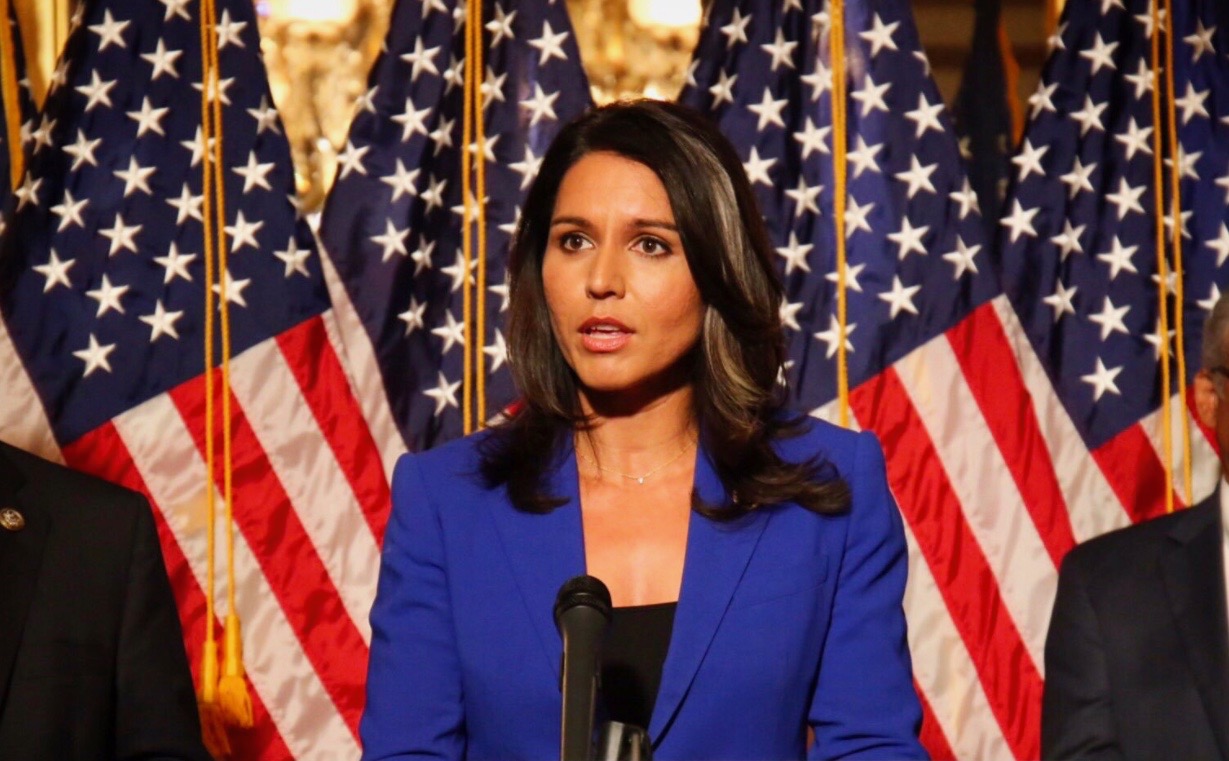 This news site has been among the few media outlets in America openly discussing the deep divisions within the Democratic party.

And probably won the White House, too …

Have Democrats learned their lesson?  Not according to congresswoman Tulsi Gabbard of Hawai’i.

Gabbard took to YouTube this week to chide her party’s leaders for their ongoing efforts to shut down progressive dissent within the party.

“Last year’s presidential primary revealed deep divides within the Democratic Party that went far beyond substance of issue differences,” Gabbard said.  “Now I wish I could sit here and say things have gotten better, but it’s just not true.”

Gabbard blasted the Democratic National Committee (DNC) and its new chairman Tom Perez for casting out progressives but allowing lobbyists and consultants to remain in power.

“The DNC’s move to cast out those who just haven’t fallen in line with the establishment and were actually demanding real reforms is destined for failure,” she said.  “We must make sure our voices are heard now as we fight for a new path forward that is more inclusive and actually strengthens our democracy.  It doesn’t matter who supported Hillary and who supported Bernie.  It’s long past time to end the counterproductive infighting and name calling.  What we’re talking about here is fighting for an open, inclusive, transparent Democratic Party that best represents and serves the people.”

Gabbard is also calling for an end to the corrupt superdelegate system that helped Clinton prevail over Sanders.

“We must put people over profits and progress over special interests,” she said.  “We can’t do this if you have just a few power brokers making deals in a back room.  We can’t do this with a closed process or with superdelegates who can swing an election.”

Gabbard is a radical liberal, and it is exceedingly rare we will find ourselves in agreement with her.  But in this instance she is absolutely correct.

“Republicans” did everything within their power last year to quash the populism embodied (albeit yet-to-be-realized) in the person of Donald Trump.  They failed.  Democrats succeeded in putting down their populist revolt … but as Gabbard’s message makes clear, that victory has come at a cost.

Do any of these ideologies serve our nation’s long-term interests?  We’re not sure …

Where does that place us on the partisan/ ideological map? Who knows … and frankly, who cares.

In the meantime, though, props to Gabbard for speaking truth to power within her tribe.