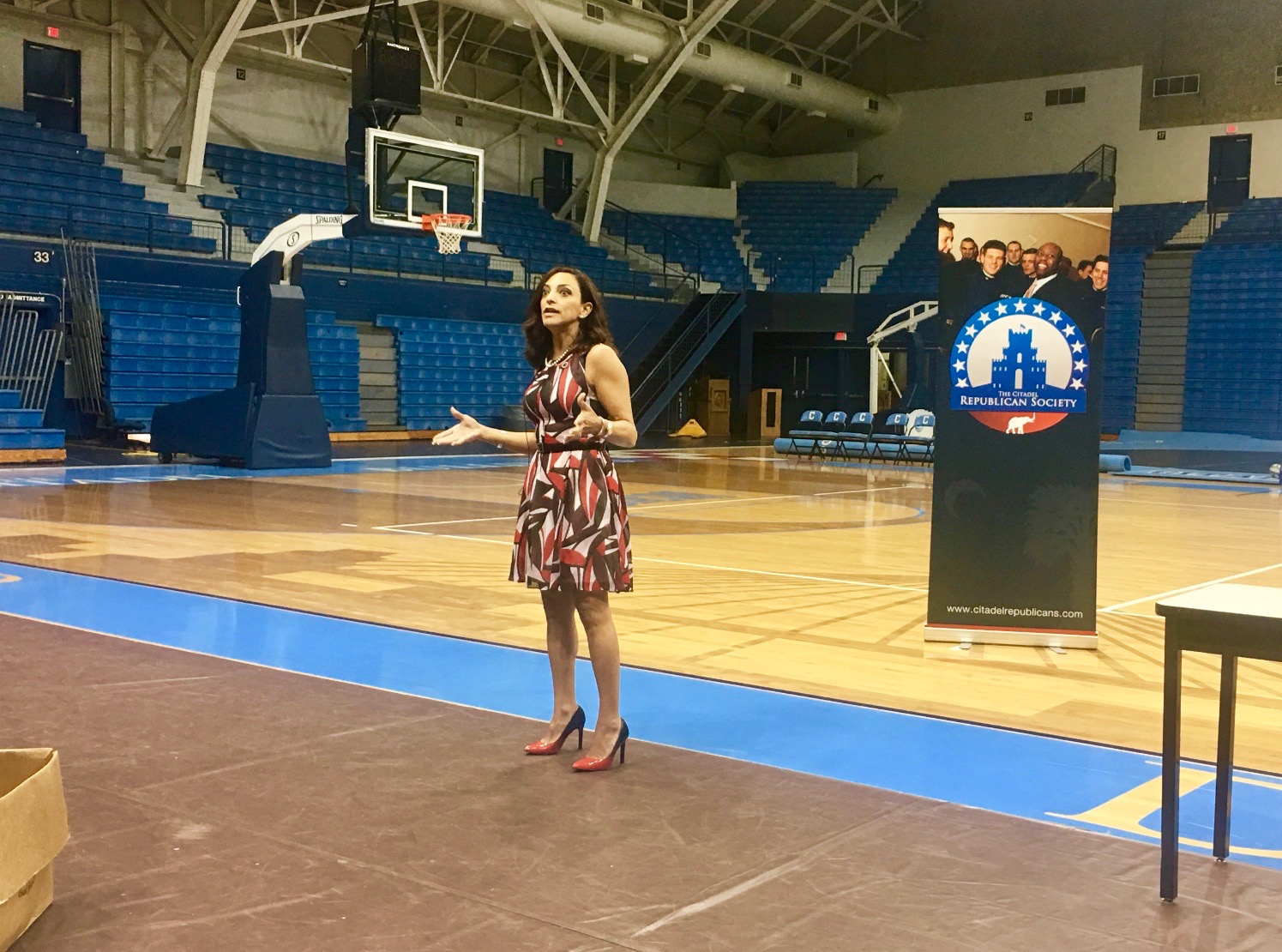 In just one month on the campaign trail, state representative Katie Arrington has already raised roughly the same amount of money as the last challenger facing off against incumbent “Republican” Mark Sanford raised during her entire campaign.

Arrington took in roughly $120,000 during her first month as a candidate for South Carolina’s first congressional district (map), according to documents filed by her campaign last week with the Federal Election Commission (FEC).  That’s not a bad pace at all against a sitting incumbent, and it signals Arrington will be far more competitive in her race against the embattled incumbent than former state representative Jenny Horne – who shocked Palmetto political observers by coming within ten percentage points of Sanford in last year’s GOP primary race.

“Katie Arrington announced for congress one month before the Federal Election Commission filing deadline,” a statement from her campaign accompanying the filing noted. “In just that short time, she has received tremendous support for her campaign. This support is only going to grow.”

One reason for the enthusiasm?  Whispers of polling done earlier this fall by Kellyanne Conway’s firm that reportedly showed the June 2018 GOP primary election well within Arrington’s grasp – assuming she can achieve parity with Sanford in the fundraising department.

An executive summary of this poll reportedly shows Arrington “well-positioned to beat (Sanford).”

That doesn’t surprise us … at all.

In addition to his underwhelming electoral performance a year ago, Sanford has been dogged by reports of a lingering campaign finance scandal as well as unresolved allegations of child abuse involving a young female relative.  In fact as of this writing, a S.C. State Law Enforcement Division (SLED) investigation into the mysterious June 2016 incident involving Sanford and his grammar school-aged niece remains open.

More fundamentally, Sanford simply isn’t the same principled official he was during his first stint in Washington, D.C. from 1995-2001.