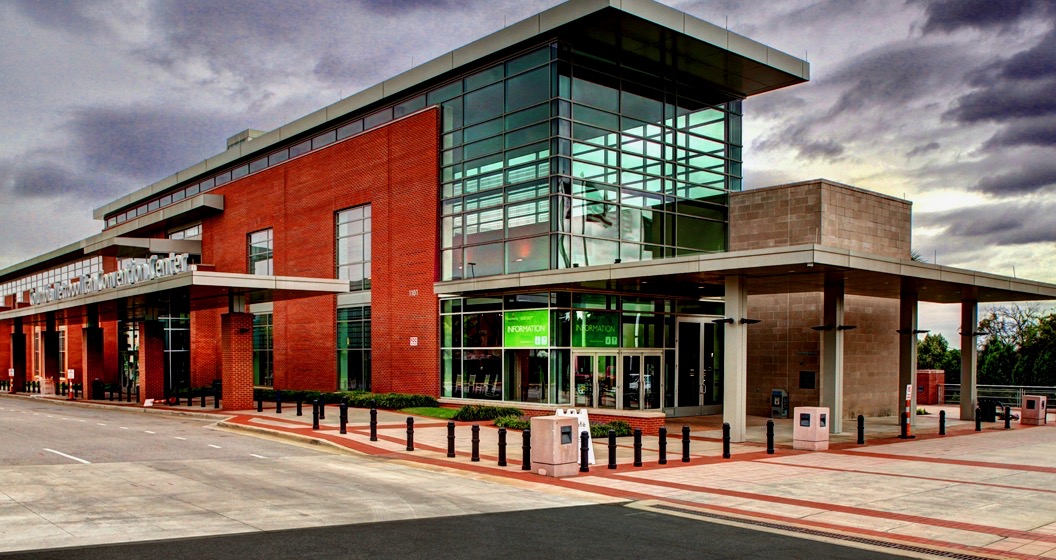 Meanwhile their high-profile rivals failed to impress … or in one case, failed to show.

Let’s start at the top of the ticket, shall we?

GOP gubernatorial candidate Catherine Templeton didn’t address the crowd at this event, but the Lowcountry labor attorney – who shocked the state’s political establishment by raising more money than incumbent governor Henry McMaster during the most recent fundraising quarter – emerged as the undisputed belle of the ball.

From the moment Templeton entered the Columbia Metropolitan Convention Center – wearing a sleek, honey-colored gown that tip-toed deftly between sophistication and understatement – she was swarmed by party donors and activists eager to get close to her rising star.

“She’s like the damn queen at this thing, look at that,” one GOP consultant who attended the gathering told us, watching as Templeton was besieged by well-wishers upon her entry into the convention hall.

Another operative marveled at Templeton’s well-honed retail political skills – which were on full display during a VIP reception held prior to the main event.

“Best I’ve seen, ever,” the operative told us. “Just look at that smile.” 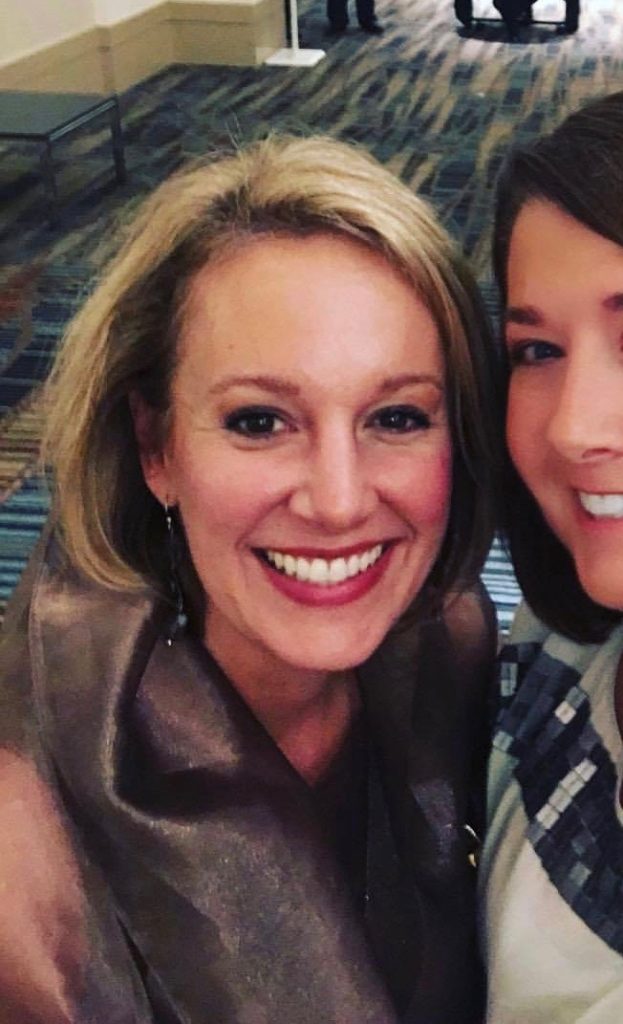 The buzz surrounding Templeton’s candidacy is becoming palpable.  And it’s not just the top SCGOP brass growing hip to her budding momentum.  As we noted earlier this week in an article chronicling McMaster’s pushback against her fundraising prowess, Templeton is viewed increasingly among state lawmakers and government officials as the frontrunner in the 2018 GOP gubernatorial contest.

Are we ready to anoint her as the frontrunner?  No … not necessarily.

Templeton still has a tremendous amount of work to do in order to capitalize on her better-than-expected start, and McMaster’s flagging campaign will obviously receive a huge boast next week when U.S. president Donald Trump visits Greenville, S.C. to campaign for the embattled incumbent.

Plus, as we’ve pointed out on several prior occasions, Templeton remains virtually unknown outside the Palmetto political echo chamber.  She must define herself to GOP voters on a host of issues and then communicate these positions across a multitude of platforms – all while defending herself against a host of incoming attacks.

But our guess is GOP voters will like what they see – and hear – from Templeton, something we’ve been saying for years now.  In fact let’s revisit an observation this website made about Templeton three years ago …

As far as we’re concerned, the only question left to answer about Templeton revolves around policy: Specifically, whether she will commit to an aggressive reform agenda on the economy, on education, taxes, spending, ethics, etc.

If she’s able to add an ambitious agenda to her list of attributes, it’s not a stretch to start considering her as a potential frontrunner for whatever office she wants

If Templeton can stake out a fiscally conservative governing philosophy that positions her to right of McMaster’s badly exposed flank on tax-and-spending issues – watch out.

The freshman state representative – who is giving up her seat to run against scandal-scarred U.S. congressman Mark Sanford – is actually quite similar to Templeton in many ways.  Both women are highly cerebral.  Both are fast-talking.  Both are successful in business.  Both are problem solvers obsessed with process and managerial minutiae.

Both are also brilliant retail politicians – who happen to be running against exceedingly vulnerable incumbents.

That’s where the similarities end, though.

While Templeton gives off a “I might get crazy with you one night but it’s probably not gonna be tonight” vibe – Arrington is a straight-up pistol, people.

Her vibe?  “This dance floor can’t contain me – let’s go find one that thinks it can.” 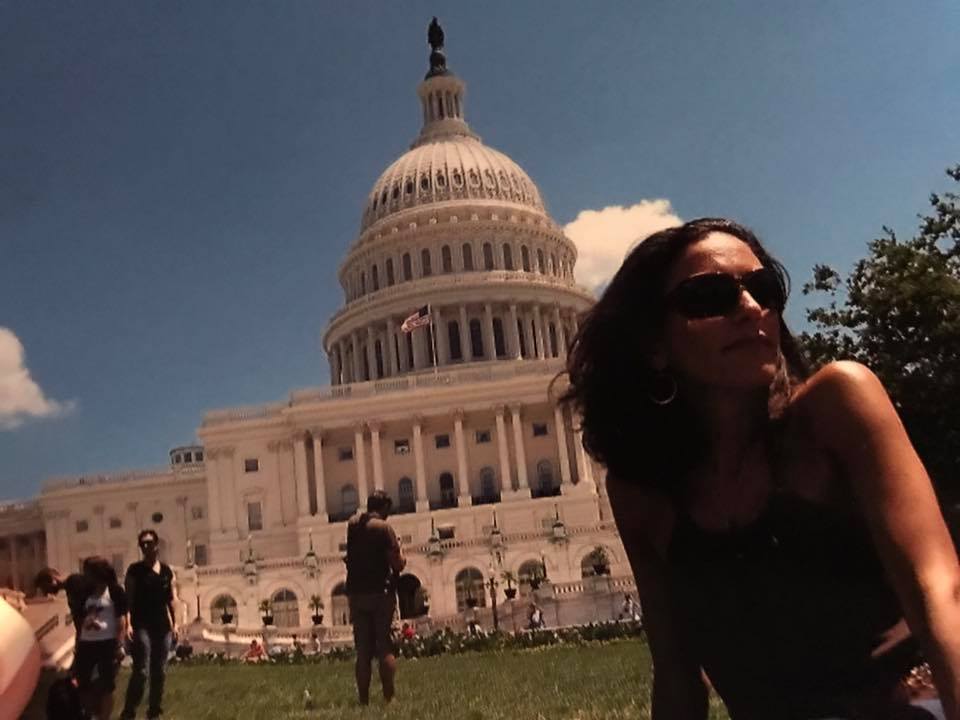 Decked out in a stunning black-and-gold cocktail dress with a mischievously wide open back, the aspiring congresswoman was approached by dozens of donors and high-level operatives from a wide range of GOP tribes – all of them urging her to reach out and let them know what she needed in her fight against Sanford.

These weren’t the standard political pleasantries, either.  Our founding editor Will Folks had the opportunity to sit with Arrington and her husband at this event, and we observed her huddling with multiple high-level donors frustrated who are clearly with Sanford’s lack of leadership.

When Arrington wasn’t huddled with donors she was ricocheting like a pinball around the dining hall, working the room like a seasoned political veteran not the first-year officeholder she is.

“She’s going to beat Mark,” one GOP consultant told us, pointing to Arrington as she sashayed her way up an escalator in the convention center lobby to make more introductions.  “I don’t care how much money he has, that lady is going to beat him.”

Again, we’re not ready to go that far … but Arrington, like Templeton, is very well-positioned to pull off a major upset in her race (especially given Sanford’s exposure to the mushrooming #NukeGate scandal).

Banner via City of Columbia, S.C.