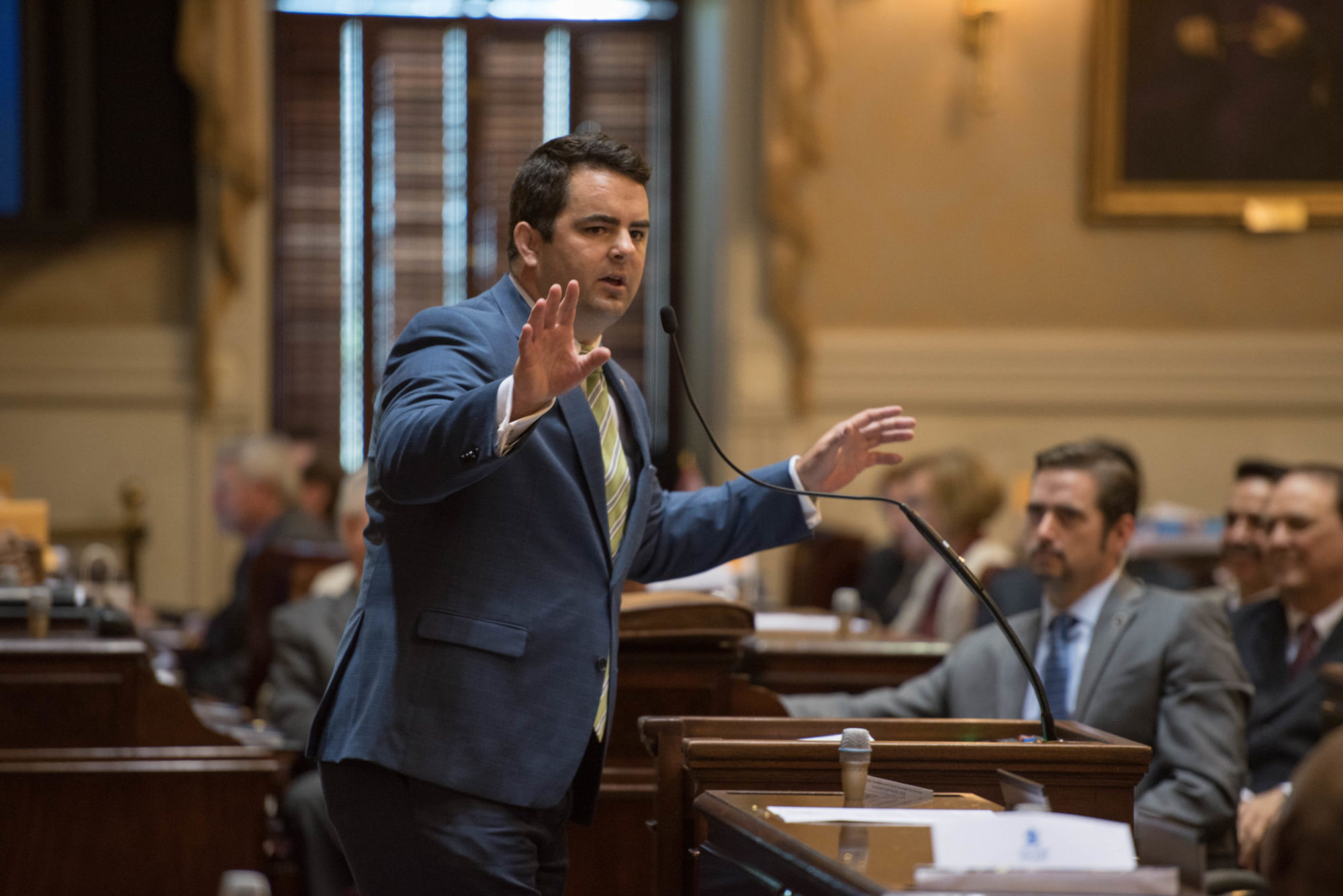 South Carolina state representative Micah Caskey is unloading $1,750 worth of campaign contributions received from private sector energy provider SCANA and other utilities – passing the money along to a charitable fund.

Caskey – who was elected last fall – is one of several state lawmakers currently tasked with investigating the #NukeGate debacle.  Unlike many of his colleagues, though, he’s not directly responsible for this unmitigated disaster – which has laid bare the dangers of allowing government to compete in/ meddle with private sector industries.

For those of you uninitiated, #NukeGate is the now-infamous decision by government-run utility Santee Cooper to pull the plug on the V.C. Summer nuclear power project – which was supposed to have produced a pair of new nuclear reactors in Jenkinsville, S.C.

Santee Cooper’s decision to walk away from this project killed an estimated 5,600 jobs, squandered billions of dollars in investment and threw the state’s energy future into chaos.  It also cost the state-owned utility its credit rating and prompted a class action lawsuit against SCANA, which was Santee Cooper’s private sector partner on the project.

SCANA is also under fire for benefitting from Act 16 of 2007, the so-called “Base Load Review Act.”  This legislation – which former governor Mark Sanford allowed to become law – enabled the utility to raise rates on consumers to subsidize the construction of the nuclear plants.

“While campaign contributions are vital to re-election, I cannot in good conscience keep contributions that might undermine my neighbors’ confidence in the integrity of my part in the investigation into this debacle,” Caskey said in announcing his decision to donate the contributions to charity. “As a former prosecutor and U.S. Marine, my deep and abiding sense of duty demands I do what I can to eliminate the possible appearance of impropriety.”

We agree with Caskey’s judgment on this subject … and would call on other Palmetto politicians (ahem) to follow suit.

Caskey said he “initially considered returning the funds directly to SCANA,” but then “decided that helping Midlands families who can’t afford the high cost of energy was a better use of the funds.”

Accordingly, he gave the money to the Salvation Army Woodyard Fund – a charity which assists low-income residents with their power bills.

Those interested in contributing to the fund can do so by mailing their donations in care of “The Salvation Army of the Midlands” – P.O. Box 2786, Columbia, SC 29202.

We commend Caskey for his decision and would encourage his colleagues – especially those who bear direct responsibility for this disaster – to follow his example.