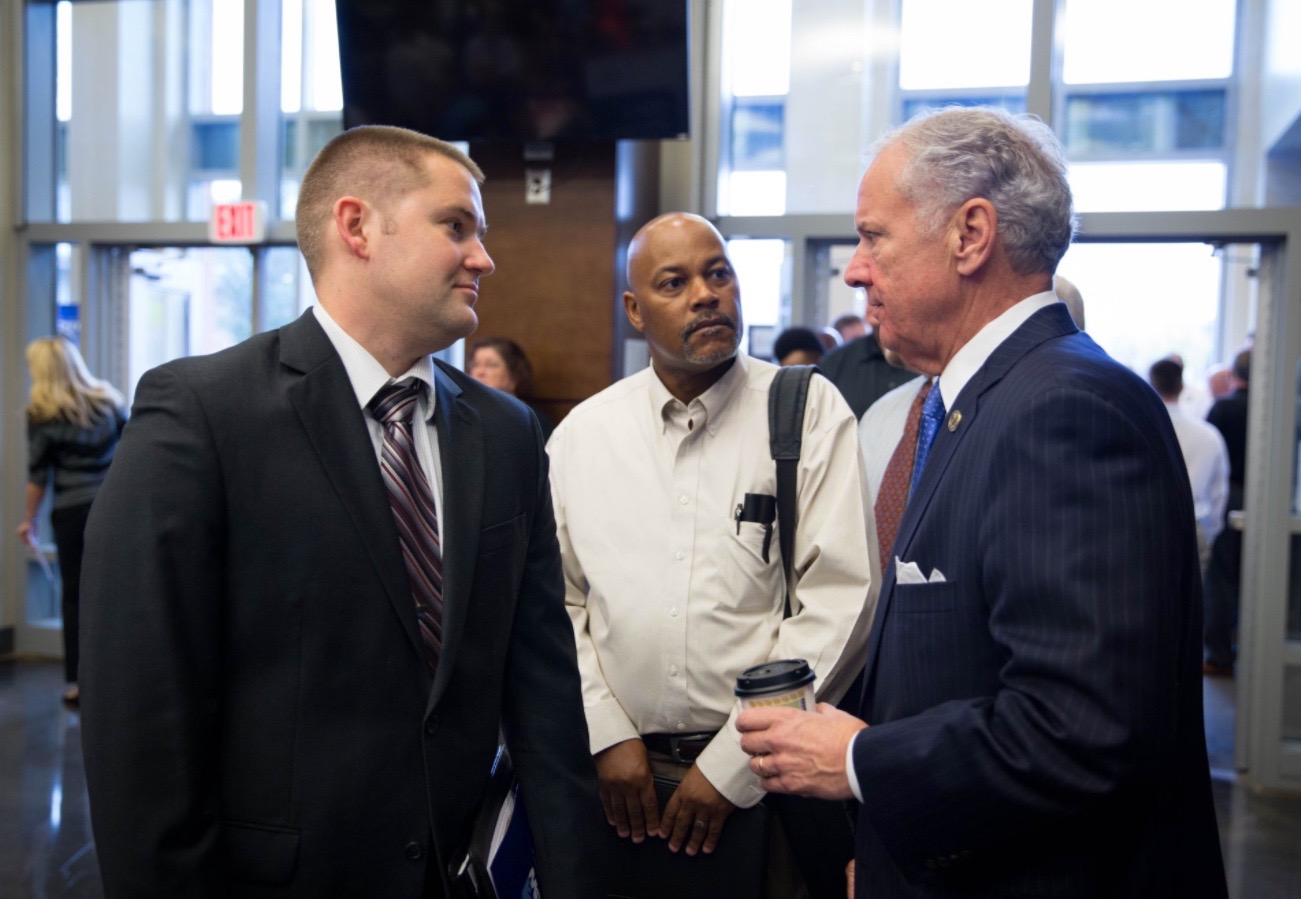 A few weeks ago this website reported on the boatloads of cash South Carolina governor Henry McMaster has been collecting from the Palmetto State’s energy cooperatives in the run-up to the #NukeGate debacle.

Looks like they aren’t the only ones dropping mad stacks of cash on the incumbent “Republican.”

According to reporter Jamie Self of The (Columbia, S.C.) State newspaper, McMaster’s 2018 gubernatorial campaign has received $115,000 in contributions from individuals affiliated with SCANA – the private sector energy provider that was allowed to socialize its investment risk in a since-abandoned nuclear power project in Jenkinsville, S.C.

Do we blame SCANA for that?  No … we blame the politicians who gave them this handout.

Last month, SCANA’s nuclear power plant partner – state-owned utility Santee Cooper – sent shockwaves across the state by announcing its decision to abandon the project, which was supposed to have produced a pair of next-generation nuclear reactors at a cost of $9.8 billion.

The money was spent … but the reactors weren’t finished.  In fact, some estimates indicate they could cost another $9 billion to complete.  Santee Cooper’s former CEO – who resigned last week in disgrace – claims another $16 billion will be required to complete the project.

Unable to pony up its share of that cost, Santee Cooper pulled the plug on V.C. Summer … a decision that killed an estimated 5,600 jobs, squandered billions of dollars in investment (including more than $2 billion raised through rate increases on consumers), threw South Carolina’s energy future into chaos, cost Santee Cooper its credit rating and prompted a class action lawsuit against SCANA.

It’s also sent the politicians who bear direct responsibility for the fiasco scrambling for political cover.

McMaster, in particular, has been desperately trying to find a buyer for Santee Cooper – or at least a buyer for its 45 percent stake in the V.C. Summer project.

As we await the outcome of those negotiations, it was very interesting to see how The State handled its coverage of McMaster’s campaign largesse.

After breaking on the paper’s website at around 5:00 p.m. EDT on Tuesday, by Wednesday morning the report about McMaster and SCANA had been bumped down to the bottom of the paper’s homepage.

Not only that, the paper rewrote its headline for the story – changing the wording from “SCANA showered McMaster with campaign cash as nuclear hopes derailed” to “Big boost from SCANA for Henry McMaster’s 2018 bid for governor.”

A scowling picture of McMaster was also removed from the paper’s online editions and replaced with a video clip of the abandoned nuclear project site. 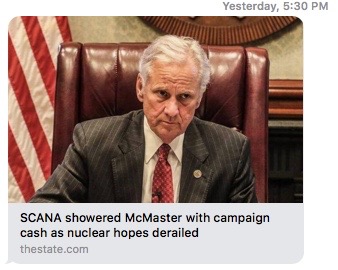 This website has been far more charitable to SCANA during the course of the #NukeGate scandal than other media outlets in South Carolina.

One reason we’ve given the company the benefit of the doubt?  We believe SCANA and its executives were sandbagged by Santee Cooper on the V.C. Summer deal.

Bigger picture, though, when it comes to crony capitalist benefits like the one SCANA received from state government – should we really blame private companies for taking what they are given?

Isn’t that what any private sector company would do?

Or, should we blame the politicians who took SCANA’s campaign contributions and then handed the company this gift-wrapped competitive advantage?

After all, they are the ones who not only allowed South Carolina consumers to be put on the hook for this spectacular failure – but utterly failed to protect their investment at any point in the process.