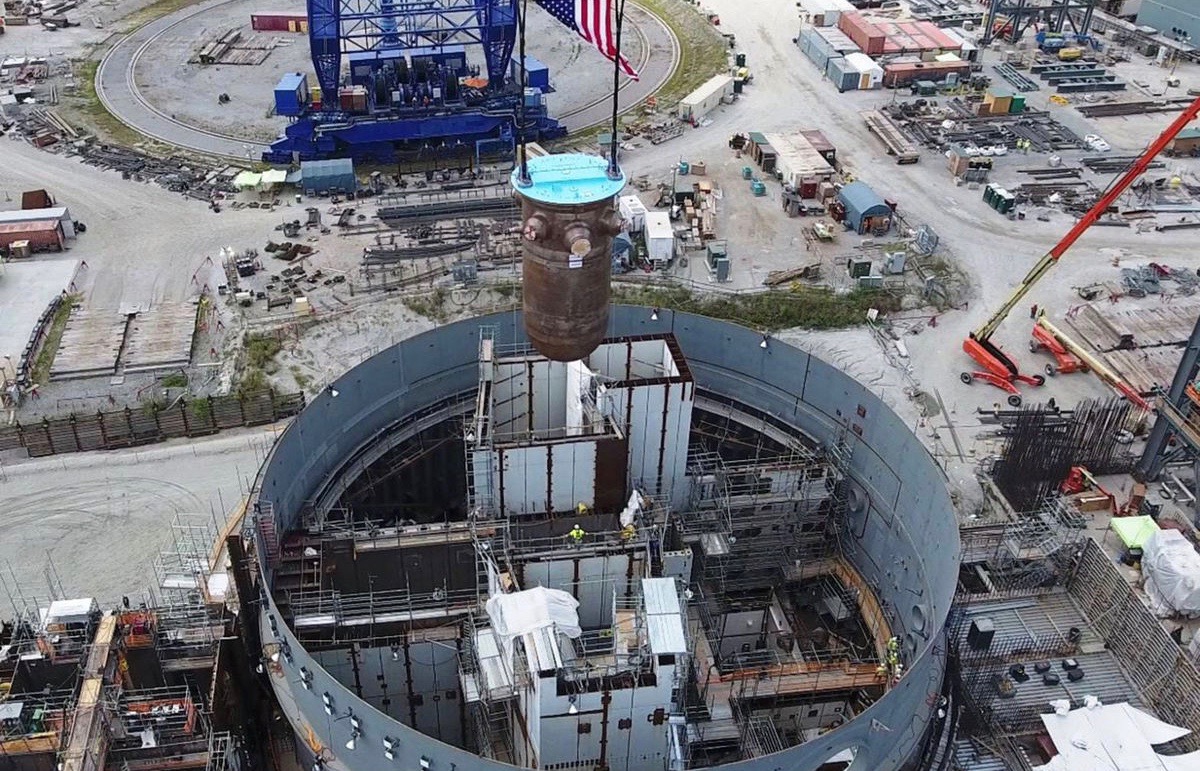 Looking for someone to blame for #NukeGate?  This is as good a place as any to start …

To recap: On July 23, Santee Cooper proposed hiking rates on consumers by 4.9 percent in 2018 and by another 4.5 percent in 2019.  In its press release announcing these proposed increases, the agency specifically cited “costs associated with nuclear construction and other system improvements” as one of its stated rationales for hiking consumers’ bills.

Whether you agreed with the rate increases or not, Santee Cooper’s announcement sent a clear signal that the utility was moving forward with private sector provider SCANA on the V.C. Summer nuclear power project – two nuclear reactors in Jenkinsville, S.C. which were projected to generate 2,234 megawatts of clean, carbon-free power per day.

Eight days later, though, Santee Cooper pulled the plug on the project –  killing 5,000 jobs, squandering billions of dollars in investment (including $2 billion coughed up by Palmetto State ratepayers) and throwing the state’s energy future into chaos.

Oh, and putting bulls-eyes on the backs of dozens of politicians (and rightfully so).

Now the utility says it doesn’t need to hike rates, citing the suspension of the V.C. Summer project as well as the “negotiated settlement” it will receive from Toshiba, parent company of Westinghouse – the project’s former contractor.

“Conditions have changed materially since the rate process began in March,” said Leighton Lord, chairman of Santee Cooper’s politically appointed board of directors. “Our recent board votes to suspend the nuclear project and also to accept a negotiated settlement with Toshiba, Westinghouse’s parent company, allow us to now cancel this rate process. The board will continue to make decisions based on what is necessary to protect the financial integrity of Santee Cooper.”

The decision to bail on the V.C. Summer project sure as hell wasn’t helpful to the “financial integrity” of the state-owned utility, which saw its credit rating downgraded last week.

Santee Cooper’s decision caught everyone off guard.  According to documents filed in bankruptcy court this week, Westinghouse officials said the utility’s decision came “without warning.”

Employees were literally pouring concrete for one of the buildings near the reactor when they were forcibly removed from the site by “armed personnel.”

That’s consistent with what officials at SCANA told us in the immediate aftermath of Santee Cooper’s decision – which forced the private sector utility to abandon its plans to move forward with the project.

SCANA had previously raised rates on its consumers to subsidize this project, authority it derived via Act 16 of 2007 – the so-called “Base Load Review Act.”  This legislation has become toxic in the aftermath of the V.C. Summer debacle, and rightfully so.

In fact according to reporter Meg Kinnard of The Associated Press, it has spawned a lawsuit against the company.

As much as we believe SCANA acted in good faith on this project, its investment risk for V.C. Summer should never have been subsidized on the backs of ratepayers.

That point is being driven home by State Senator Tom Davis – a likely 2018 gubernatorial candidate – who has proposed that government extricate itself completely from the power generation business.

Wherever you stand on that issue, though, it seems abundantly clear at this point Santee Cooper pulled a bait and switch – signaling its intention to move forward with the V.C. Summer project one week before pulling the plug the next.