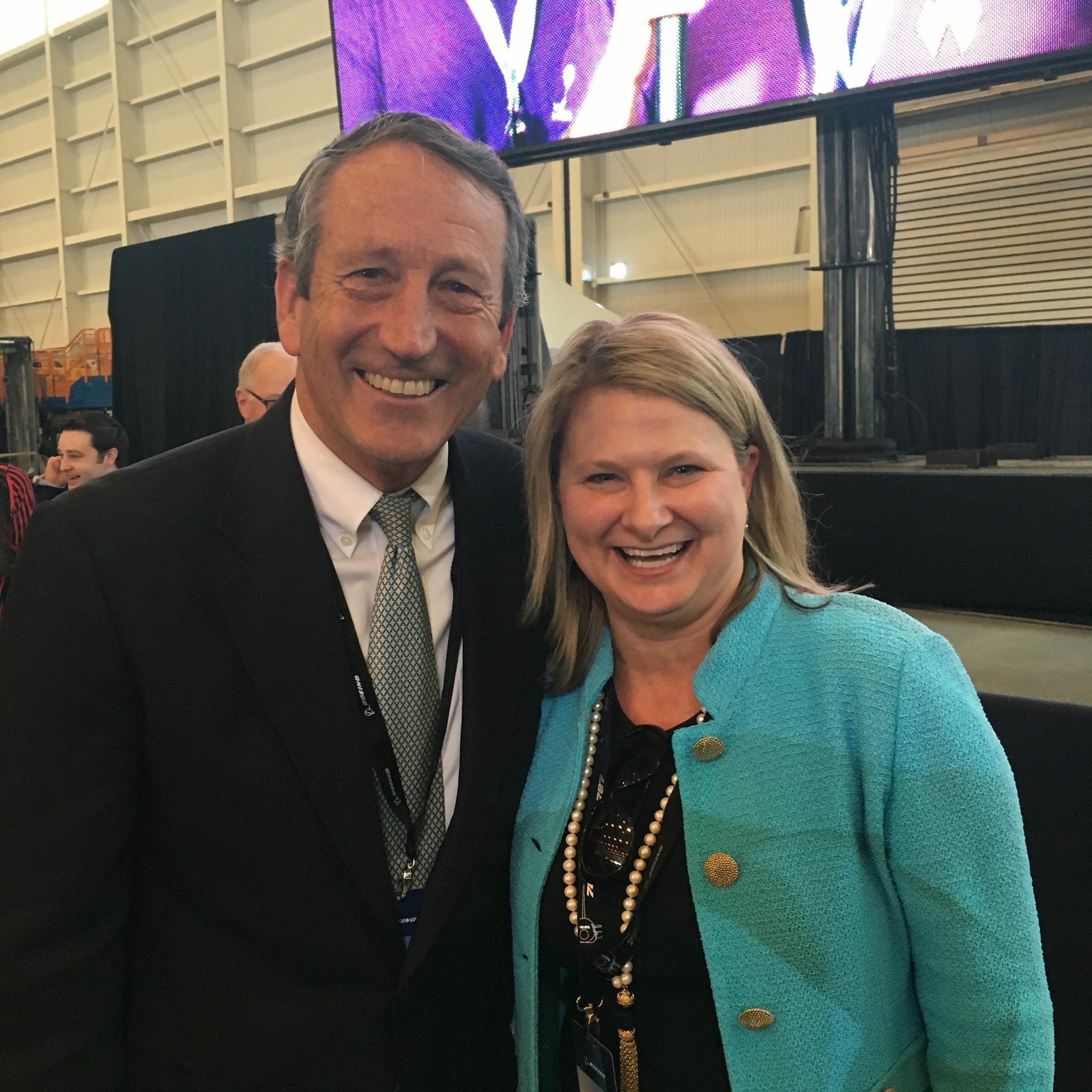 MARK AND JENNY = PEAS AND CARROTS?

Horne, of course, is the gal Sanford allegedly had to cheat to beat last spring (but who still fared far better against him than anyone expected).

“Look who I saw at today’s Boeing 787-10 rollout!” Horne wrote in captioning this photo on her Facebook page, referring to the big corporate event in North Charleston, S.C. attended by U.S. president Donald Trump.

Sanford, 56, was back in the news this week for his never-ending navel-gazing brand of #NeverTrumpism.  And for his latest bout of ideological hypocrisy.

The career politician has already drawn one challenger for the 2018 GOP primary and more are likely to follow suit.

Good.  Once a lonely champion in Washington, D.C. for freedom and free markets, Sanford has become nothing but a status quo Republican hack (click here, here and here for our reports chronicling this disappointing descent).

We hope a credible conservative emerges to defeat him … so that he can start waxing introspective on his own dime for a change.