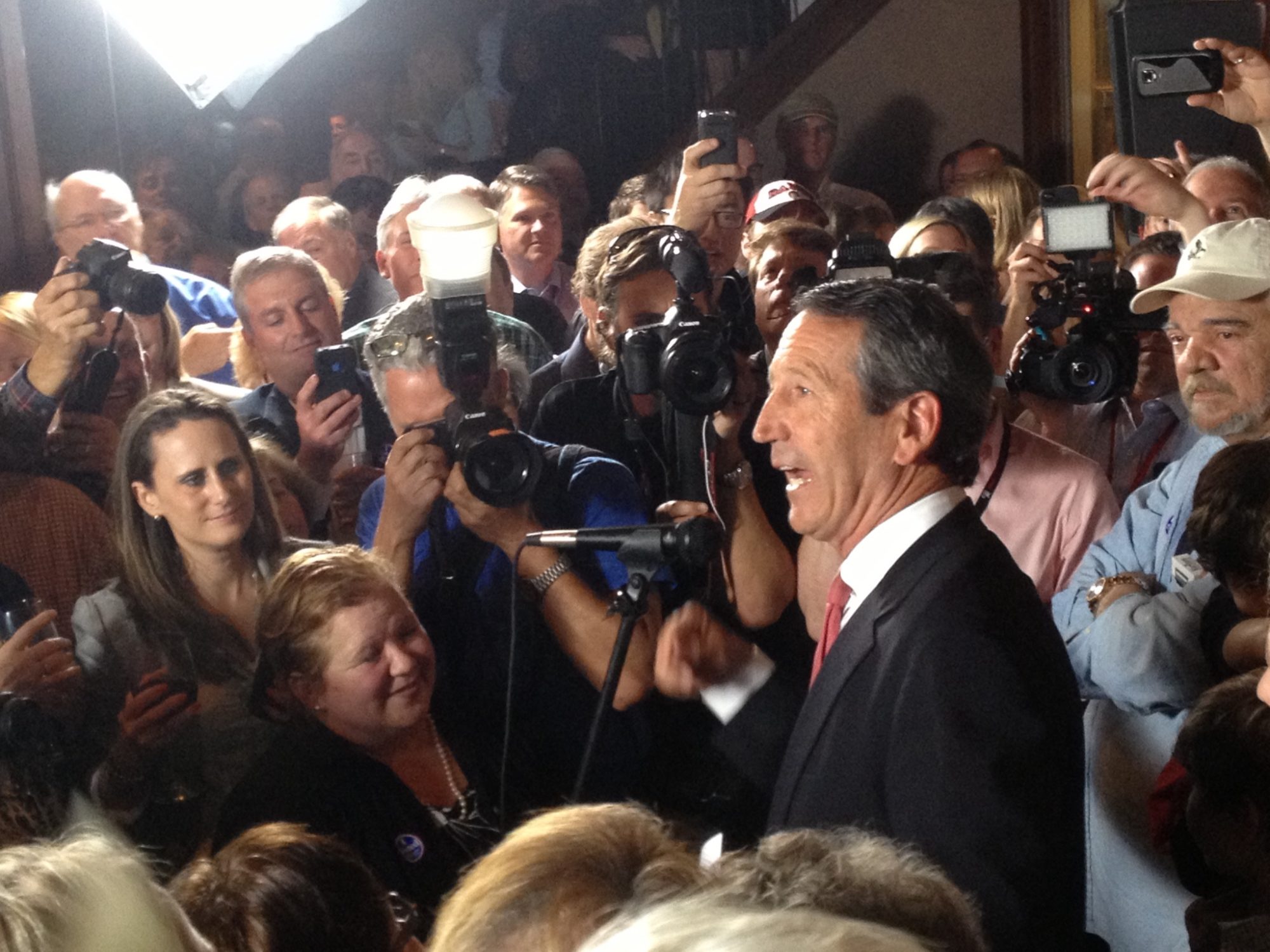 WILL THE NAVEL-GAZING EVER END?

We wrote earlier this week on #NeverTrumper Mark Sanford‘s hypocrisy on the tax issue … the latest example of his disappointing evolution from a straight-talking libertarian into a double-talking status quo Republican.

(Click here, here and here for some recent reports chronicling his ongoing descent).

Apparently the left-leaning website Politico had another take on Sanford … publishing a lengthy feature story devoted to his all-too familiar penchant for introspection.

The congressman greets me inside his Washington office wearing a wrinkly collared shirt with its top two buttons undone, faded denim jeans and grungy, navy blue Crocs that expose his leather-textured feet. Nearing the end of our 30-minute interview, he cancels other appointments and extends our conversation by an hour. He repeatedly brings up his extramarital affair, unsolicited, pointing to the lessons learned and relationships lost. He acknowledges and embraces his own vulnerability—political, emotional and otherwise. He veers on and off the record, asking himself rhetorical questions, occasionally growing teary-eyed, and twice referring to our session as “my Catholic confessional.”

Are we really back to Mark Sanford waxing emotional about what might have been in his political career?  Wistfully reminiscing about his “soulmate?” Pondering the meaning of life?

And is he seriously f*cking crying again?

Amazingly, there are still some people falling for this well-worn shtick.  In fact one Washington, D.C. insider (no not that one … a pretty one) told us she found Sanford’s latest confessional “so damn endearing.”

We get that Sanford is desperate for relevance.  And attention.  That’s obviously what is driving his #NeverTrumpism, because at this point it sure as hell isn’t any allegiance to any particular ideology.

Who knows?  Perhaps Sanford is just eager to deflect attention from this … or this.