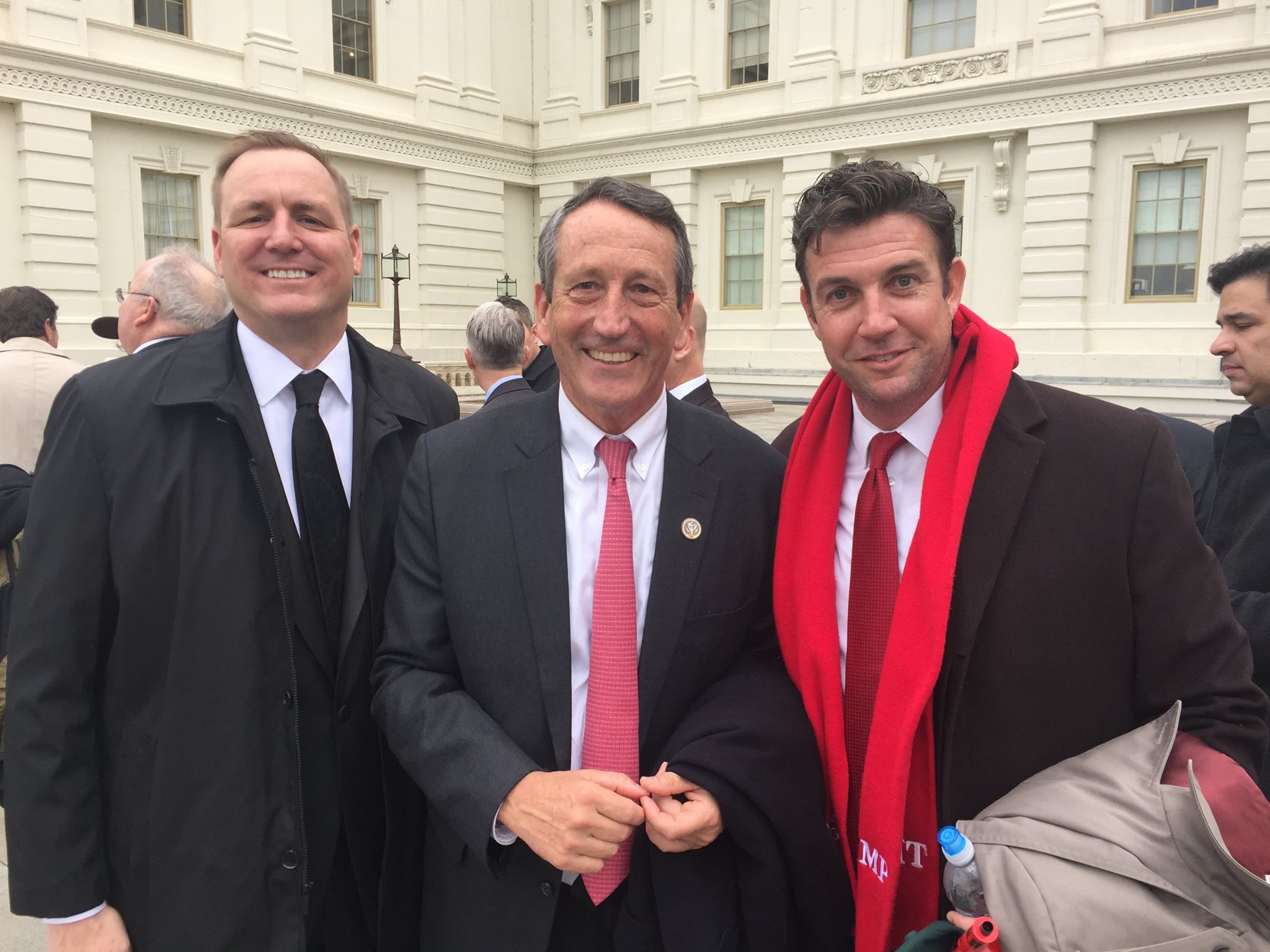 CONGRESSMAN NEEDS TO FIGURE OUT HIS TAX POSITION …

U.S. president Donald Trump‘s visit to North Charleston, S.C. this week comes as he prepares to unveil his long-awaited tax plan – a sweeping simplification of the current federal code aimed at empowering the American middle class and bolstering economic output.

Can Trump pull it off?  Can he meet the lofty goal of four percent annual economic growth that he’s set for his administration?

He’ll have to … assuming he wants to make good on his planned infrastructure investments, border wall and deficit reduction promises.

While Trump prepares his plan, Republicans in Congress – including #NeverTrumpers like U.S. Rep. Mark Sanford – are getting blistered over their most recent tax proposals, including a controversial “border adjustment tax” favored by Washington special interests.

This proposal would slash America’s astronomically high corporate tax rate from 39 percent to 20 percent – which we support.  However it would impose a new tax on all imports – which we oppose.

Who subsidizes that tax cut, though?  Consumers …

We agree with Perdue …

Sanford, to his credit, has staked himself out as being opposed to the border adjustment tax included in U.S. Speaker of the House Paul Ryan‘s plan.

Like most things with the notoriously slippery Sanford, “it’s complicated.”

For years, Sanford has been a supporter of the so-called “Fair Tax,” which includes the same border adjustment tax contained in the Ryan plan.  Like, the exact same proposal.  Several other Fair Tax backers in Washington, D.C. have been trying to parse their positions on this issue – without success.

There is no distinction – the two provisions are one and the same.

Hypocrisy on such bread-and-butter issues is obviously nothing new for Sanford, who has been a profound disappointment since winning a special election for the U.S. first congressional district seat back in 2013.  Once a lonely champion for freedom and free markets, the latest iteration of Congressman Sanford is a typical Washington Republican hack (click here, here and here for our reports chronicling his descent).