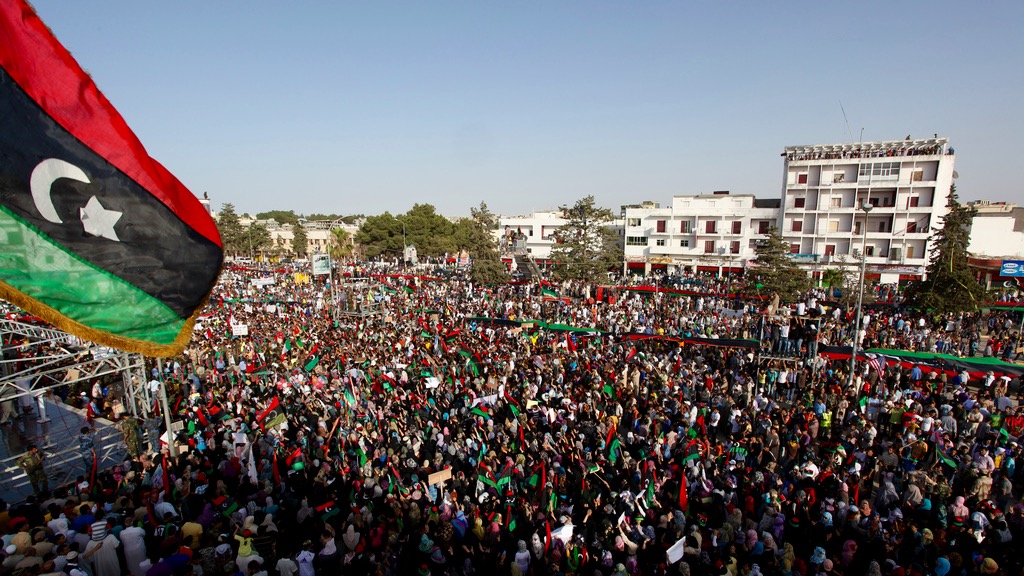 DID SHE LIE ABOUT ARMING ISLAMIC TERRORISTS?

Before the #DNCLeaks scandal … and before the uproar that accompanied her getting off scot free for mishandling classified info … Hillary Clinton was the subject of an unflattering report regarding her failure to protect American diplomatic personnel stationed in Benghazi, Libya.

A scandal like this would have easily thwarted anybody else’s presidential aspirations, but as we’ve repeatedly pointed out Clinton is immune to sustained media feeding frenzies.

Other candidates?  Not so much …

Anyway, buried beneath Clinton’s Benghazi scandal is a deeper problem – one which goes to the very heart of America’s ongoing (and increasingly costly) meddling in the Arab world.

In case you missed the news, earlier this week American military forces launched a new phase of aerial bombings against the Islamic State in Iraq and Syria (ISIS) – a major expansion in the government’s ongoing “War on Terror.”

These bombings aren’t in Iraq or Syria, though – they’re in Libya.

Specifically, American war planes are attacking ISIS targets in Libya as part of an ongoing campaign against the radical jihadists our government previously supported.  According to the Pentagon, these air strikes are intended to keep the caliphate from obtaining “a safe haven in Libya from which it could attack the United States and our allies.”

In other words, we’re once again subsidizing the defense of Israel.

According to Andrew McCarthy of National Review, there’s a critical question to be raised amid this latest American military intervention (and the looming release of potentially incriminating Clinton emails).

Specifically, McCarthy wants to know what American personnel were doing in Libya in 2012 in the first place?

“What mission was so important the United States kept personnel in the jihadist hellhole of Benghazi in 2012?” McCarthy asks. “Specifically, did that mission involve arming the Syrian ‘rebels’ – including al-Qaeda and forces that became ISIS – just as, at Mrs. Clinton’s urging, our government had armed Libyan ‘rebels’ (again, jihadists) to catastrophic effect?”

This ongoing arming of radical Islamic terrorists should sound awfully familiar to our readers.  After all, we’ve been writing for years on the strange bedfellows our nation’s warmongers have made in their efforts to change various regimes in the Middle East – efforts that have included arming al-Qaeda affiliated fighters in Syria and (apparently) ISIS-affiliated fighters in Libya.

Oh … and let’s not forget the trillions of dollars already down the drain thanks to failed wars in Iraq and Afghanistan, the latter of which is ongoing.

In fact, the 2012 terrorist attack against America’s diplomatic outpost in Benghazi that killed four people (including U.S. ambassador Christopher Stevens) may have been directly linked to these efforts.

According to McCarthy, Americans were in Benghazi for the specific purpose of coordinating “weapons transfers from Libya to Syrian jihadists.”

Prior to becoming America’s ambassador to Libya, Stevens was the Obama administration’s point man in dealing with the nation’s al-Qaeda-affiliated terrorist organizations – including the Libyan Islamic Fighting Group (LIFG).  The leader of this group – Abdelhakim Belhadj – was covertly shipping weapons to jihadist groups in Syria.  In fact, a major arms shipment was completed just six days before Stevens was killed.

Is that why Americans were in Benghazi?

“There was no defensible security arrangement or diplomatic need for the State Department facility in Benghazi,” he wrote. “Was its real purpose to give diplomatic cover to covert intelligence operations (such as those at the nearby CIA compound)? If so, did those operations include aiding and abetting the arming of the Syrian rebels?”

“Were U.S. personnel stationed as sitting ducks in Benghazi in order to help supply weapons to Syria, where it was inevitable they would fall into the hands of America’s enemies?” McCarthy asked.

Clinton was actually asked these questions – under oath – by U.S. Senator Rand Paul back in 2013.

Paul asked Clinton if the United States was “involved in any procuring of weapons, transfer of weapons, buying, selling, anyhow transferring weapons to Turkey out of Libya.”

“Nobody’s ever raised that with me,” Clinton responded.

Pressed on the issue, Clinton tried to defer the questions to the CIA.  Paul then specifically asked her if she had any direct knowledge of the situation on a personal level.

“I don’t know,” Clinton said.  “I don’t have any information on that.”

Was Clinton telling the truth?  We may be on the verge of finding out …

According to Wikileaks’ founder Julian Assange, the documents his organization is preparing to publish contain at least 17,000 emails “about Libya alone.”  Will any of those documents dispute Clinton’s sworn testimony?

Will it even matter?

Would that dynamic change if there is proof that she lied about her knowledge of America’s subsidization of Islamic terror groups?  Sadly, probably not.