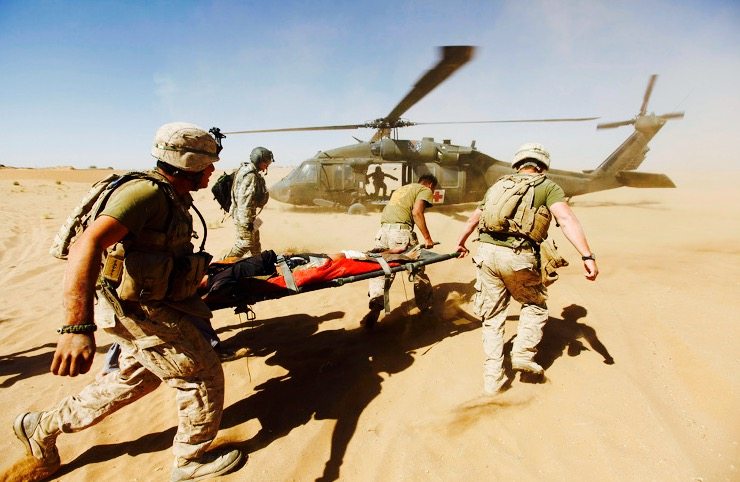 WILL GOVERNMENT EVER “CUT ITS LOSSES?”

|| By RON PAUL || The longest war in U.S. history just got even longer.  As NATO wrapped up its 2016 Warsaw Summit, the organization agreed to continue funding Afghan security forces through the year 2020.  Of course with all that funding comes U.S. and NATO troops, and thousands of contractors, trainers, and more.

President Barack Obama said last week that the U.S. must keep 3,000 more troops than planned in Afghanistan. The real reason is obvious: the mission has failed and Washington cannot bear to admit it. But Obama didn’t put it that way. He said:

“It is in our national security interest, especially after all the blood and treasure we’ve invested over the years, that we give our partners in Afghanistan the best chance to succeed.”

This is how irrational Washington’s logic is.  Where else but in government would you see it argued that you cannot stop spending on a project because you have already spent so much to no avail?  In the real world, people who invest their own hard-earned money in a failed scheme do something called “cut your losses.”  Government never does that.

Isn’t fifteen years of U.S. “blood and treasure” enough of a “best chance” to succeed?

NATO Secretary General Jens Stoltenberg announced at the summit that thanks to an additional billion dollars in NATO member-country donations, the organization had come up with close to the $5 billion per year that it has pledged to the Afghan government.  Of that $5 billion you can guess who is paying the lion’s share.  That’s right, we are.  We send $3.45 billion every year to, according to Transparency International, the third most corrupt country on earth – while Americans struggle with unemployment, stagnant wages, and inflation.  That is why I always say that foreign aid is money stolen from poor people in the United States and sent to rich people overseas.

How nice of the Norwegian politician to commit Americans to financing the war in Afghanistan for “the long haul.”

When I suggested in a recent interview that the only sensible U.S. policy in Afghanistan would be to bring all the troops home, the host asked whether I was worried the Taliban would rush in to fill the vacuum.  That’s what has already happened, I said.  The Taliban are stronger than ever in Afghanistan. They control more territory than at any time since the original U.S. invasion in 2001.  Despite 15 years of U.S. interventionism, nearly 2,500 dead U.S. soldiers, and well over a trillion dollars, Afghanistan is no closer to being a model democracy than it was before 9/11.

It’s a failed policy.  It’s a purposeless war.  It is a failed program.

The neocons argue that Iraq, Libya, and other U.S. interventions fell apart because the U.S. did not stay long enough.  As usual they are wrong.  They failed and they will continue to fail because they cannot succeed.  You cannot invade a country, overthrow its government, and build a new country from the ground up.  It is a fool’s errand and Washington has turned most Americans into fools.  It’s time to end this game and get back to the wise foreign policy of the founders: non-intervention in the affairs of others.