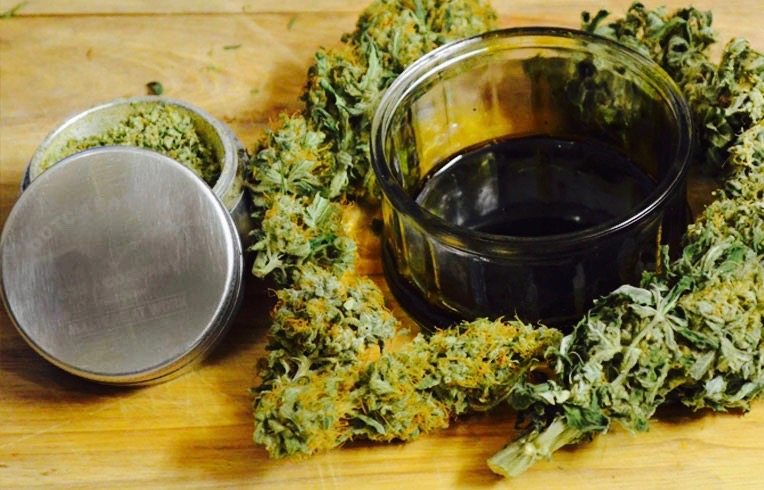 TIME TO STOP THE SUFFERING …

A little over two months ago, we gave rare props to S.C. governor Nikki Haley for taking the time to meet with Dixie Pace – a young girl from Piedmont, S.C.

Dixie is one of many young people in the Palmetto State who suffer from debilitating seizures … the kind treated by THC oil, a specialized form of medical marijuana.

In fact the U.S. Surgeon General has specifically said these seizures should be treated with THC oil – citing reams of data attesting to its efficacy in reducing the frequency and intensity of these attacks.

“Marijuana policy – and all public health policies – should be driven by science,” he said.

We concur … that’s not happening in South Carolina, though. 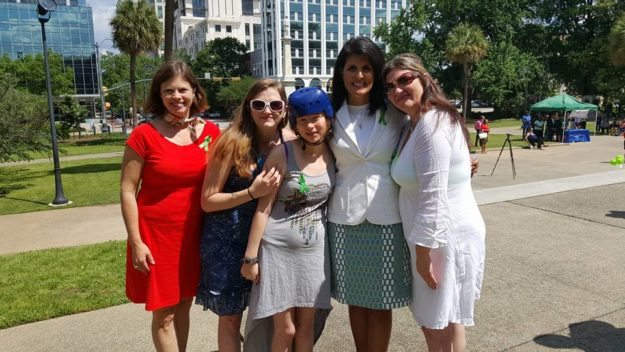 Prior to meeting Haley two months ago, Dixie was introduced to the S.C. Senate by Tom Davis – a second-term State Senator who has bucked the “Republican” elites and made it his mission to pass a medical marijuana bill that would permit families like Dixie’s to get the help they need.

Unfortunately, Davis’ bill was shot down by a S.C. Senate subcommittee back in April. The reason? A furious lobbying effort by S.C. State Law Enforcement Division (SLED) chief Mark Keel.

Keel – a Haley appointee – has convinced state lawmakers that decriminalizing medical marijuana would usher in a dangerous wave of new criminal activity.

Unfortunately, for some reason Keel is far more invested in waging “War on Pot” than he is fighting real crime in the Palmetto State.

He’s not the only one with similarly misplaced priorities.  In addition to Keel’s anti-medical marijuana lobbying efforts, Haley’s administration has participated in an ongoing taxpayer-subsidized campaign demonizing marijuana – including medical marijuana.

Lawmakers didn’t just kill this legislation, though, they heaped indignity upon insult.  When Davis took the floor of the Senate each day during the recently-concluded legislative session to introduce citizens with legitimate medical needs that could benefit from THC oil – many of his colleagues openly ridiculed him.

“There was a lot of snickering in the chamber and in the lobby,” one Senator told us.  “People either laughed at him – or they just ignored him.” 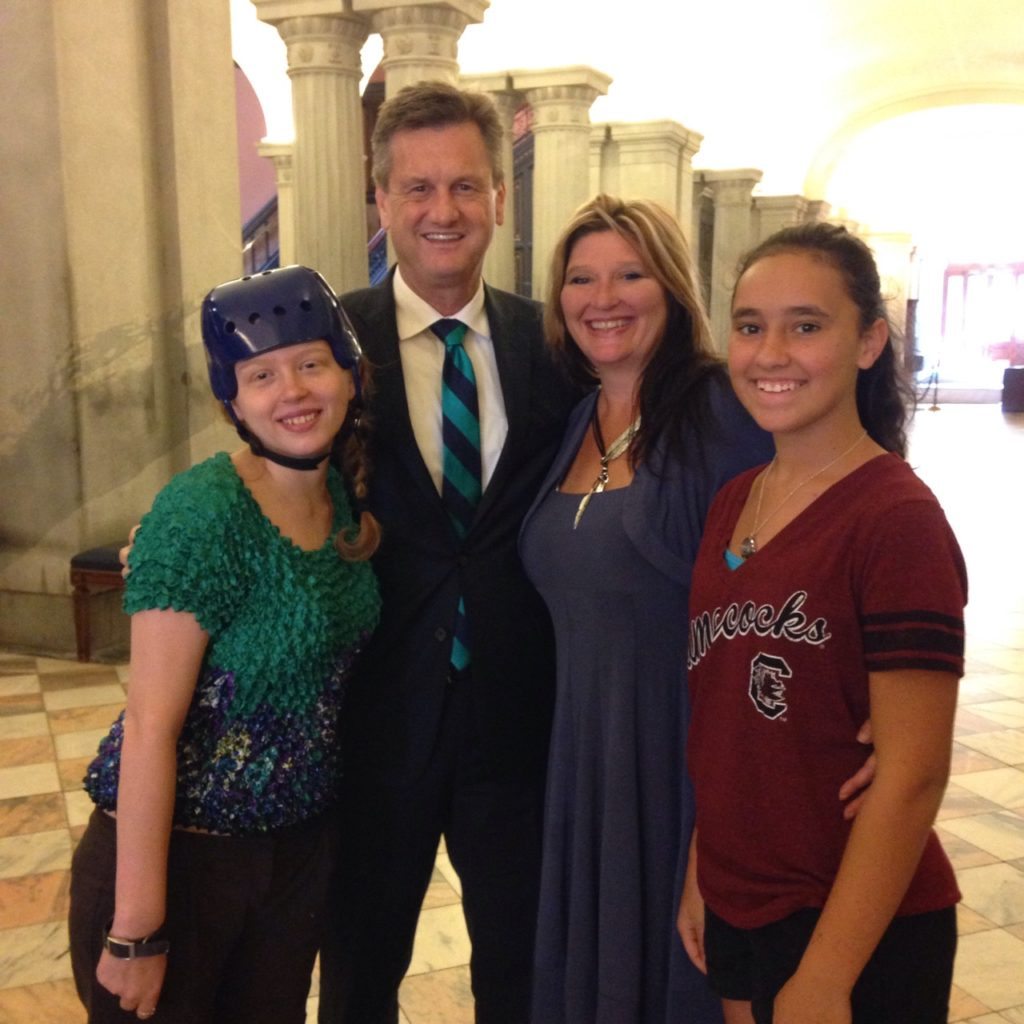 Well, hopefully lawmakers and lobbyists will think twice the next time they want to denigrate such efforts.

Hopefully by the time they’re done reading this report – and have seen what happened to Dixie – they will develop a long-overdue appreciation, compassion and respect for this brave young woman.

Hopefully they will stop snickering at a woman who – mere seconds after a sustaining serious injuries due to a debilitating seizure-induced fall – challenged “the State House” to start paying attention to her plight.

Dixie is no longer content to suffer in silence.  In fact she wants everyone at “the State House” to confront the real-world consequences of their refusal to allow her access to the THC oil treatment options she so desperately needs.

What happened? At around 5:40 p.m. EDT this Friday, Dixie and her family were at their local Walmart picking up some needed household items.  Suddenly and without warning, Dixie’s body was rocked by a massive atonic seizure – also known as a “drop seizure.”

“Atonic” means “without tone.”  In other words the body’s muscles completely lose their strength, causing the victim to slump over and – in many cases – plunge listless to the ground with nothing to break their fall.

Those who deal with these seizures on a routine basis tell us they are actually much worse than that.

“These aren’t just falls,” one advocate told us.  “It’s like being suddenly sucked to the floor by some massive, mysterious force.” 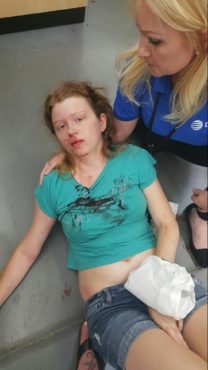 Dixie was rushed to the emergency room at Greenville Memorial Hospital following her fall. Before she was transported to the hospital, though, she had a request: She asked to be photographed.  Not only that, she asked that her picture be delivered to a very specific audience – with a very specific message.

“Take my picture to the State House,” she told her mother. “Tell them ‘make this stop.'”

According to April Pace, Dixie’s mom, her shoulder was dislocated and likely fractured during the seizure – although it will take at least ten days for the swelling to go down before doctors can accurately diagnose the true extent of her injuries.

“They had to put her under to put (her) shoulder back in place,” Pace said.

Dixie also broke her nose, lost two teeth and suffered multiple cuts and bruises as a result of her fall – including a pair of gashes inside her mouth.

“Please keep praying, this is very painful for her,” April Pace pleaded on her Facebook page.

Compounding the anguish?  Prior to Dixie’s fall, her mother had coordinated an out-of-state trip with several other families whose children deal with these seizures.  Together they had planned to travel to Maine – where the THC treatments that would help their children are legal.

Now it’s not clear whether Dixie will be able to recover in time to make the journey.

Regular readers of this website are well aware that we have long-argued for the decriminalization of marijuana and other drugs – both medically and recreationally.  Government has no business telling free people what they can and cannot do in private – so long as they are not imposing on the liberties of others.

We’ve also written extensively about how the “War on Drugs” has been an unmitigated, costly (and deadly) failure – flushing more than $1 trillion down the drain at last count.

We’ve addressed other taxpayer-related angles of the issue, too – including big Medicare savings that could be achieved from the legalization of medical marijuana.

Thanks to Dixie, this post is much deeper than that.

This post is about a state government that – for reasons surpassing understanding – insists upon inflicting unnecessary pain and suffering on seizure sufferers, on soldiers struggling with PTSD, on cancer patients and on countless others.

And it’s about whether this state’s leaders are finally going to correct their error – or continue mocking the people who desperately need their help.

What is happening across South Carolina to Dixie and other seizure sufferers (and their families) right now is not an academic issue.  Nor is it an ideological discussion.  Nor is it a political debate.

It is, quite simply, a moral imperative – a test of whether we will be found in keeping with the most basic code of our humanity.

South Carolina prides itself on being a friendly place.  In fact we count on this perception of hospitality each summer as our state welcomes millions of tourists to places like Charleston and Myrtle Beach.  The Palmetto State is also home to a large, devout Christian population – one taught by its namesake that “inasmuch as you have done it unto one of the least of these my brethren, you have done it unto me.”

Our questions, then, are simple: Where has this Christian love been for Dixie all these years?  And where has this hospitality been for her family?

Seriously: How much political will does it take for our “leaders” to simply stand aside and allow these families to use their own resources to get the help they need?

Dixie wants to know.  And South Carolina lawmakers owe her an answer … before she has to send them another picture of the consequences of their inaction.