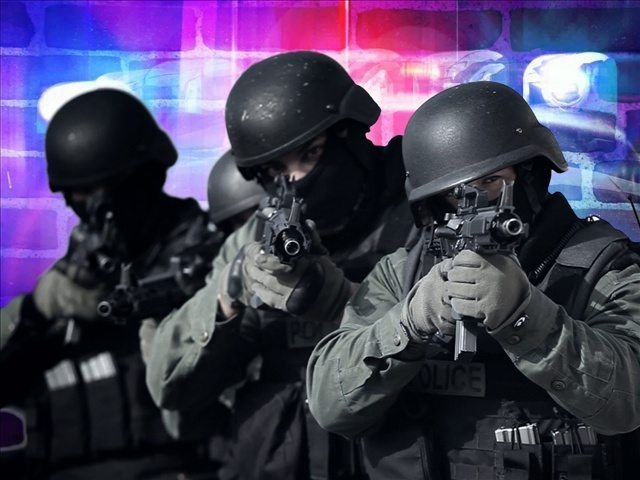 || By FITSNEWS || This website has long opposed the use of “no-knock raids” by law enforcement – especially as part of government’s costly, totally ineffective, anti-liberty “War on Drugs.”

The most compelling statement we’ve ever heard made (to date) against this tactic?  The 2011 song “No Knock Raid” by Canadian alt-rocker Lindy.

In case you’ve never heard it, it’s nothing short of amazing … although be warned, it contains clips from actual police paramilitary assaults, and as such is exceedingly graphic.

We bring this issue up in the context of columnist Bonnie Kristian‘s report on Rare.com about Orangeburg, S.C. resident Joel Robinson. – who was the victim of an early morning “no-knock raid” at his home last October.

Alarmed and assuming he was experiencing a home invasion, Robinson grabbed his gun and fled out the back door. As he ran to safety, he shot one of the men he thought was a burglar in the arm.

It was then that Robinson realized that the home invaders were actually federal agents, officers of the Drug Enforcement Administration (DEA) who were executing a search warrant on his home on the suspicion that he’d been manufacturing the drug PCP. Robinson, who had never shot anyone before, immediately dropped his weapon and was arrested.

Seems like a simple case of self-defense, right? Robinson had no way to initially know that the men storming his house were federal agents; he didn’t kill anyone; and as soon as he understood what was happening, he gave up his gun.

Unfortunately, the DEA and the local justice system thought otherwise: Because even accidentally shooting a federal agent counts as assault, Robinson was hit with a whole host of charges—enough to get him a life sentence if convicted for all of them.

His charges included manufacturing and intending to distribute illegal drugs, but no drugs were ever found in his house.

But justice prevailed, right?  No.

To avoid a three-decade prison sentence, Robinson was forced to accept a plea deal that will keep him behind bards for eight years.  He also agreed to pay the DEA agent’s medical bills (even though U.S. taxpayers already covered those costs via his insurance policy).

We’ve said it before and we’ll say it again: The War on Drugs is a failure.  One that’s cost this country more than $1 trillion.  And innumerable liberties.  And its prosecution via “no knock raids” is exceedingly dangerous.  And even more of an affront to liberty.

We’re not going to deify Robinson – or demonize the cops who participated in this raid – but the bottom line is the entire situation was 100 percent preventable.