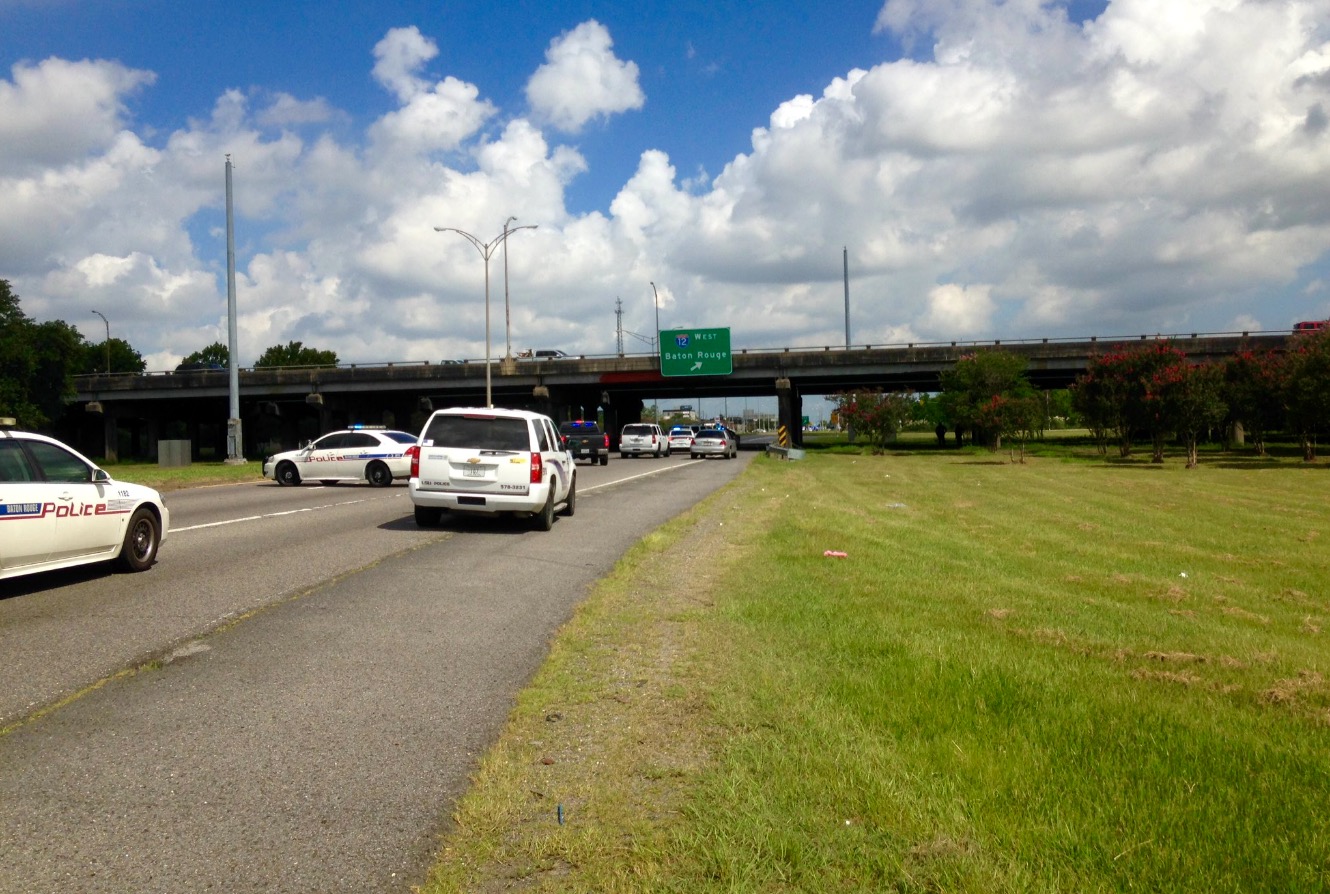 Three police officers in Baton Rouge, Louisiana are reportedly dead and several more have been wounded in the aftermath of yet another deadly attack on law enforcement.

According to local media reports, this shooting began at around 8:42 a.m. CDT on Sunday at a convenience store located near one of the city’s police headquarters.

Unconfirmed early reports indicate a possible “called-in ambush,” in which suspects use 911 calls to lure officers to a specific location.  In this case, police were dispatched in response to 911 call alerting them to a man walking near the convenience store with an assault rifle.

One suspect was also shot during and killed, local law enforcement sources say.  Meanwhile “at least” two additional suspects are said to be at large, and several additional exchanges of gunfire were reported in the vicinity of the initial attack.

One police spokesman told The (Baton Rouge) Advocate there was a “running gun fight” in a shopping center located near the convenience store.

“Every resource available to the state of Louisiana will be used to ensure the perpetrators are swiftly brought to justice,” Louisiana governor John Bel Edwards said in a statement responding to the attack.

Federal law enforcement agencies were also on the scene in the aftermath of the shooting.

The latest round of deadly violence against cops comes less than two weeks after a black nationalist in Dallas, Texas murdered four policeman and a transit official.  These officers’ “crime?”  Providing security during a #BlackLivesMatter rally.

The Dallas gunman – an Army veteran who was killed during that attack – said he was trying to murder as many “white cops” as possible in retaliation for a pair of recent officer-involved shootings that left two black men dead.  One of those shootings – involving 37-year-old Alton Sterling – took place in Baton Rouge.

About Those Obamacare Signups …