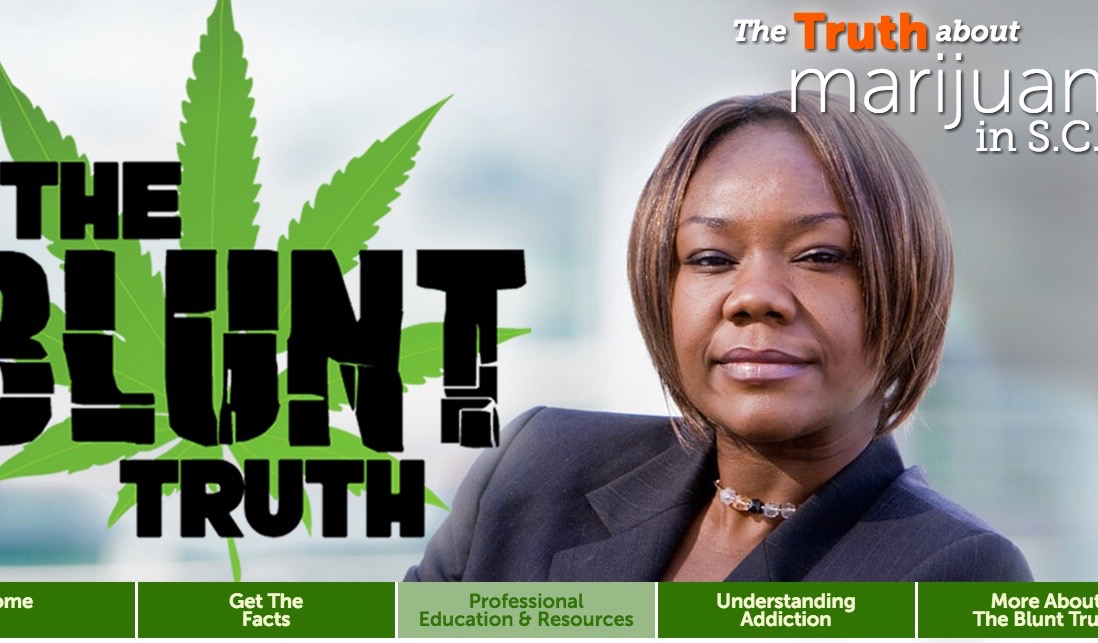 TAXPAYERS SUBSIDIZING THE WRONG SIDE OF THIS DEBATE …

The initiative – dubbed “The Blunt Truth” – is run out of the S.C. Department of Alcohol and Other Drug Abuse Services (DAODAS), one of several agencies that operates directly under Haley’s authority.

According to its website, The Blunt Truth exists “to spark a discussion in South Carolina about marijuana, the impact of its legalization in other states, and how we can prepare our youth and citizens to make smart choices about its use.”

Whatever the program’s stated intention, a quick look at its promotional material (.pdf here) reveals a full-fledged propaganda offensive against marijuana.

And not just recreational pot, either …

Last spring, the group put on a taxpayer-funded conference (.pdf agenda here) in which participants were specifically warned about the “medical marijuana and legalization ruse.”

They were also taught different ways they could advocate against medical marijuana.

The Blunt Truth is funded by federal grant money obtained from the U.S. Substance Abuse and Mental Health Services Administration.  That’s especially curious considering the U.S. Surgeon General – the highest health official in the land – has already stated publicly that “medical marijuana can be helpful” when it comes to treating a wide range of illnesses, diseases and disorders.

Seriously, feds … which is it?

Anyway, are efforts by The Blunt Truth’s government bureaucrats taking root?  Not really.  As of this writing, the group has only 332 Facebook likes – many of which are from dedicated supporters of medical marijuana legalization.  The group’s Twitter presence is far smaller – just 59 followers.

It’s more tax money down the drain, in other words …

Rather than doing his job and improving the state’s abysmal crime statistics (or addressing its rampant public corruption), Keel has made himself a fixture at medical marijuana hearings – monopolizing them with lengthy, uninformed monologues about the evils of pot.

This website has repeatedly argued on behalf of the full legalization of all drugs – for any purpose – arguing that government’s various prohibitions against them violate individual liberty (in addition to government’s “war on drugs” being a costly, deadly failure).

But the fact that there is even an argument over the legalization of medical marijuana – especially the narrowly-drawn legislation proposed by S.C. Senator Tom Davis and S.C. Rep. Jenny Horne – is truly baffling.

We’re not talking about legalizing pot, we’re talking about mothers who are trying to reduce the frequency and severity of their children’s seizures – or combat veterans returning home who are seeking a remedy for their post-traumatic stress disorder (PTSD).

Don’t believe us?  Here from them in their own words (here and here).

It’s time for this nonsense to stop …