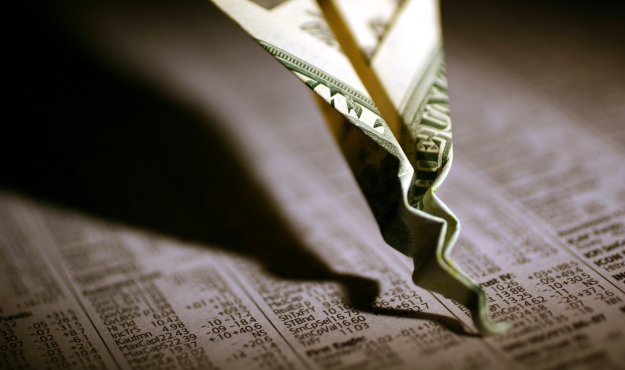 THE U.S. GOVERNMENT’S “POINT OF NO RETURN”

This month it passed the latest in a long line of stopgap spending bills – one that (predictably) does nothing to rein in deficit spending.

Add it all up and you’ve got a national debt of $18 trillion and counting … one that’s expected to hit the $25 trillion mark within eight years.

Naturally this escalation raises an important question: Is America ever going to pay off its debt?

And if the answer (as should be glaringly obvious at this point) is “no,” what does that mean?

Last week Simon Black of The Sovereign Man  published an entry seeking to answer these questions.

His conclusion?  That paying down the debt is now “almost mathematically impossible.”

“I’ve worked out a mathematical model which shows that, even with absurd assumptions (7 percent-plus GDP growth for years at a time, low interest rates, etc.), it is simply not feasible for the US government to ‘grow’ its way out (of debt),” Black wrote.  “Default has become the only option.”

Once you’ve accepted the inevitability of default, Black says the only question left is to figure out what form it will take.

The government could bail on its creditors, but “this would spark a global financial and banking crisis,” he says.  It could default on the Federal Reserve but “this would create an epic currency crisis for the U.S. dollar.”

So who does that leave holding the bag?  Easy: You.

As a future beneficiary of government entitlement spending (and a holder of U.S. dollars), “you” are the one who is ultimately going to pay the piper.  And not just when it comes to “benefits” you are paying for (but will never receive) … but also in the diminished value of your earnings and assets.

Every “incentive” to a politically connected company, every bailout to a broken bureaucracy, every handout to further incentivize dependency, every new billion dollar weapons deal … puts you deeper in the hole.

And for what?  Are things getting better?  Is our country creating more jobs and better incomes?  Are we safer?  Are our people less dependent on government?

Yet our government has gone and passed precisely the same sort of recklessly unsustainable spending deal it always passes … hoping you’ll be pleased there wasn’t a “shutdown.”

Seriously … how much longer can our country be this stupid?