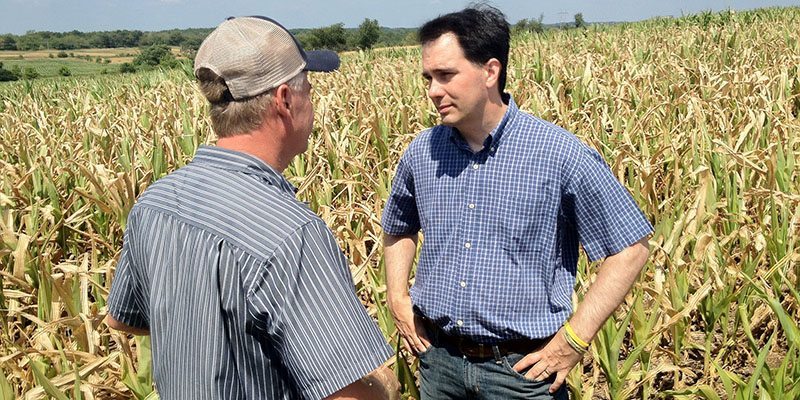 || By FITSNEWS || An early mile marker in the race for early-voting Iowa went to Wisconsin governor Scott Walker – signaling the political efficacy of being associated with the war against organized labor.

Of course the race for the midwestern bellwether – which has gone to fiscally liberal socially conservative “Republicans” in each of the last two caucuses – remains wide open.

Walker received the support of 15 percent of respondents in a Bloomberg/ Des Moines Register survey of 402 likely “Republican” caucus-goers.  U.S. Sen. Rand Paul finished second with 14 percent while former GOP nominee Mitt Romney – who has since opted against running – finished third with 13 percent.

What do we make of these results?

Not much … it’s so early in the primary process literally anything can happen.  Although it’s clear Walker – who benefits from his state bordering Iowa to the east – is getting serious consideration on the western side of the Mississippi River.

Walker was elected governor of Wisconsin in the GOP wave election of 2010 – and made national headlines for his willingness to take on government employee unions.  In 2012, he survived a recall election in which organized labor singled him out for defeat (becoming the first U.S. governor to win a recall vote).  In November he won reelection handily despite being the subject of an investigation into illegal campaign financing activity.

Will Walker be able to withstand the scrutiny if he emerges as an early favorite?

Or are we looking at the start of a long progression of GOP “flavors of the month” – similar to the parade of frontrunners-turned-fadeouts that unsuccessfully challenged establishment favorite Mitt Romney in 2012?