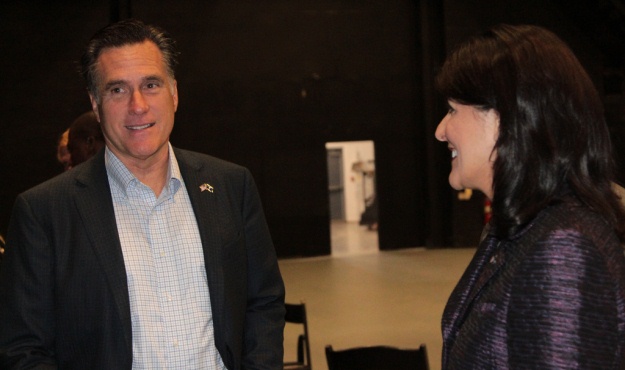 FORMER GOP NOMINEE WILL NOT RUN FOR PRESIDENT IN 2016

|| By FITSNEWS || After getting his establishment “Republican” supporters all worked up over the possibility of a third presidential bid, former GOP nominee Mitt Romney now says he will not seek the White House in 2016.

“After putting considerable thought into making another run for president, I’ve decided it is best to give other leaders in the Party the opportunity to become our next nominee,” Romney told a conference call of GOP elites, according to The New York Times.

Romney’s decision not to run was announced less than a week after his aides previewed the direction of his newest campaign – which appeared to be gearing up for what would have been a third run at the presidency.

Needless to say, we were not “smelling what Romney was stepping in,” as they saying goes here in early-voting South Carolina – home of the “First in the South” presidential primary election.

“There is simply no way to package Mitt Romney that doesn’t leave you with a diabolically calculating, ideologically bankrupt, eternally shape-shifting candidate inside the box,” we wrote of Romney 3.0.

Romney’s decision – which we welcome – nonetheless accrues to the benefit of another wholly unacceptable establishment “Republican,” former Florida governor Jeb Bush.  In fact we suspect Romney will endorse Bush at some point down the road …

“I really believe Governor Bush is the right person for the right time,” former Romney advisor David Kochel said this week in announcing his decision to head up Bush’s political action committee.