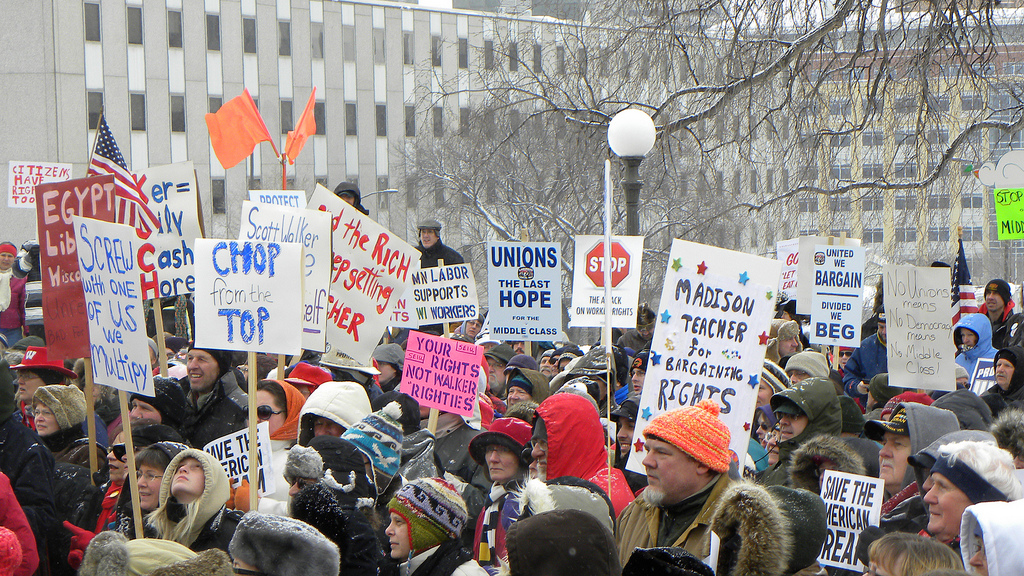 For the first time since 2009, the percentage of private sector workers belonging to a union increased in 2013 – from 6.6 to 6.7 percent. Meanwhile the total number of private sector jobs covered by union contracts also climbed – from 7.3 to 7.5 percent, according to data from the U.S. Bureau of Labor Statistics (BLS).

In the public sector – which has helped keep organized labor alive in recent years – unionization stood at 35.3 percent last year, down modestly from 35.9 percent in 2012.

Well, well … just when the free market had this job-killing, price-hiking economic cancer on the ropes, along comes U.S. President Barack Obama to endow it with new life.

We’re obviously disappointed with these results. Unions serve no purpose other than to artificially inflate wages (and taxpayer costs) so that dues can be paid to a corrupt cabal of leaders – who then use that money to elect liberal politicians who will perpetuate the cycle.

And yes, we’re talking about so-called “Main Street” Republicans, too …