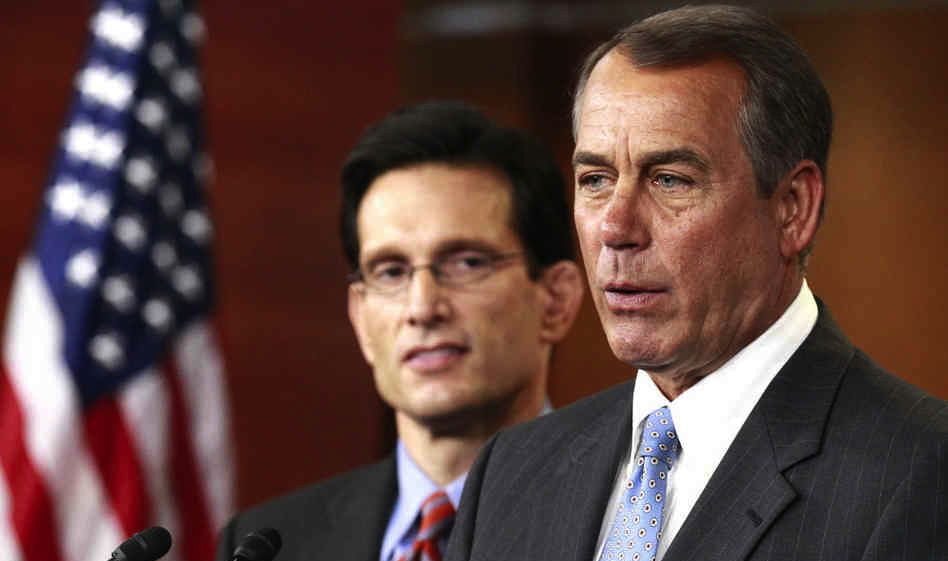 “Republicans” in Washington, D.C. are for lower taxes and less government … or at least they claim to be. In reality, they are for higher taxes and more government – especially when it comes to government spying.

Anyway, despite its hypocrisy on these core philosophies – at least the GOP is uniformly against the implementation of U.S. President Barack Obama’s socialized medicine law, right? Right?

Accordingly, if an opportunity to defund Obamacare arose, the GOP would take it right? Right?

Is this any way to run a country? Of course not … but that’s not our point.

Our point is that nearly 140 Republican House members – recognizing Obamacare to be the looming disaster that it is – have vowed to reject any continuing resolution (i.e. short-term spending plan) which funds the measure. This means Obama and his liberal allies in the U.S. Senate – including a few “Republicans” – would have to shut down government if they wanted to keep Obamacare funding in the budget (err, CR).

The only problem? “Republican” leaders like Speaker John Boehner and majority leader Eric Cantor are not on board with this plan. Nor, reportedly, are several aging “Republican” lawmakers – including Reps. Peter King (RINO-NY), Hal Rogers (RINO-Kentucky), Fred Upton (RINO-Michigan) and Mike Simpson (RINO-Idaho).

Obamacare is clearly not ready to launch. And even if it was ready to launch, don’t these “Republicans” want to stop it from wreaking havoc on our economy? Seriously … the GOP has been beating its chest saying “Obamacare Bad” for the last three years. In fact vowing to repeal and de-fund Obamcare is pretty much the only thing this ideologically bankrupt party has gotten right over the last three years.

Now that it has a chance to accomplish this objective – to stop Obamacare dead in its tracks – the GOP is waffling, though.

In forty-one days, Obamacare will launch its state health care exchanges (which more than half of states rejected, it’s worth pointing out). It is absolutely imperative that House Republicans do everything in their power prior to that time to defund this law.

In fact, failure to kill Obamacare when it has the chance would be constitute the GOP’s most significant ideological betrayal to date.