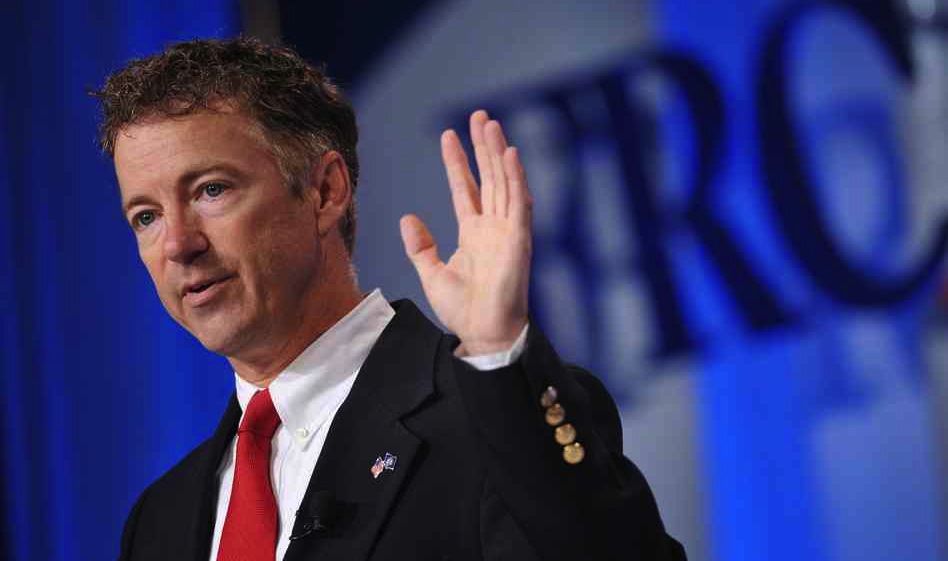 A leading candidate for the Republican presidential nomination in 2016 is (correctly) challenging recent delays in the implementation of U.S. President Barack Obama’s socialized medicine law.

U.S. Sen. Rand Paul (R-Kentucky) is no supporter of the legislation – he’s one of its most ardent opponents, actually – but Paul is making the same point we made recently in assessing the cavalier, extralegal manner in which Obamacare is being enacted.

“The president doesn’t get to write legislation, and it’s illegal and unconstitutional for him to try and change legislation by himself,” Paul told Fox News.

We agree … and have said as much.

“Obviously we can’t stand Obamacare and welcome any and all delays to its job-killing, deficit-busting, premium-increasing mandates – but the last time we checked it was the job of the executive branch to enforce laws passed by Congress, not arbitrarily rewrite them based on political expedience,” we wrote last month.

Yet that’s exactly what the Obama administration is doing – admittedly. Valerie Jarrett – one of Obama’s top advisors – said last month that the administration would “continue to make changes as needed” to the law.

We’ve covered the selective enforcement of Obamacare as it relates to the implementation of the law’s employer mandate – but earlier this week The New York Times exposed another Obamcare delay.

“The limit on out-of-pocket costs, including deductibles and co-payments, was not supposed to exceed $6,350 for an individual and $12,700 for a family,” the Times reported this week. “But under a little-noticed ruling, federal officials have granted a one-year grace period to some insurers, allowing them to set higher limits, or no limit at all on some costs, in 2014.”

Obama had sold these caps as a critical cost-saving component of his plan – which thus far has done nothing but raise health care prices and balloon the federal debt.

Hitting the nail on the head in response to all of this? U.S. Sen. John Barrasso of Wyoming.

“The reason this law keeps getting delayed is because it doesn’t work like the President promised it would work,” Barasso said.

Lawmakers need to de-fund this monstrosity immediately, before it sends our already fragile economy over the edge of another recessionary cliff.

“The law must be dismantled before it is too late,” Bill Wilson of Americans for Limited government wrote recently. “Oh, there will be screams of ‘You are shutting down the government’ to be sure. But just keep passing budgets that fund all essential items except Obamacare.”

“If Republicans in the House of Representatives pass a bill that funds the government in its entirety except for funding Obamacare, then the President is going to have to decide whether to accept that funding or shut the government down,” DeMint said.