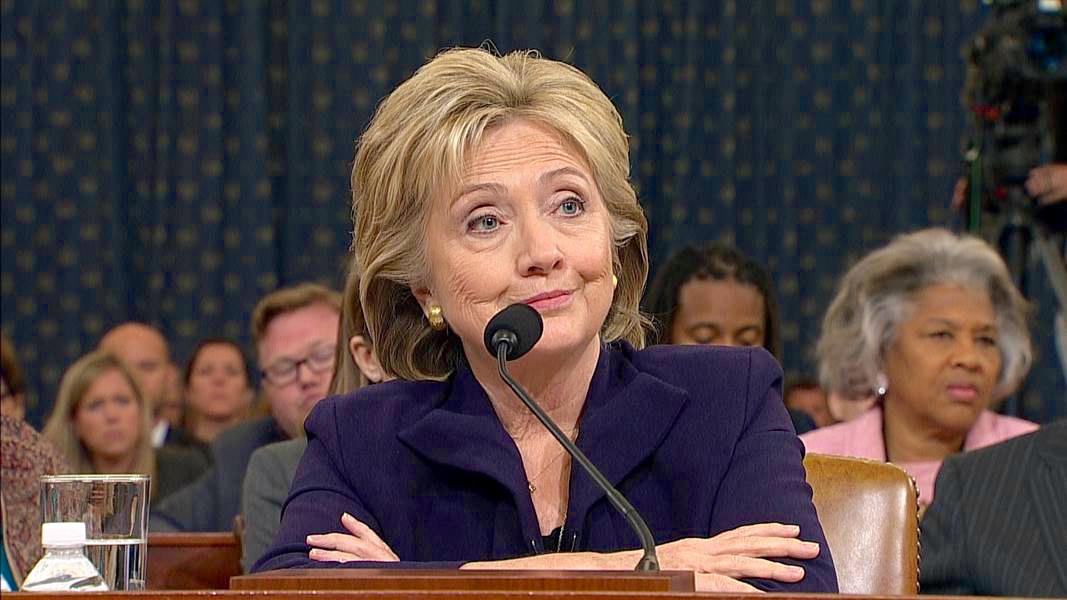 JUST DON’T HOLD YOUR BREATH ON AN INDICTMENT …

Earlier this week we posed a question: Did Democratic presidential nominee Hillary Clinton commit perjury during her testimony to a congressional committee last October?

“Republican” members of the U.S. House certainly think so … and earlier this week they referred several alleged instances of perjury to the U.S. Department of Justice (USDOJ).

Clinton is accused of perjuring herself on at least four occasions during an appearance before the Benghazi Select Committee, which probed a September 11, 2012 terrorist attack on a U.S. diplomatic outpost in Libya.

While we highly doubt Barack Obama‘s “Justice” department will do anything with the House referral, GOP lawmakers released a damning video this week detailing Clinton’s “alleged” perjury.

Pretty cut and dried, isn’t it?

Based on the clip, it seems abundantly clear Clinton lied under oath in response to the following four questions … a)  whether she sent or received emails that were marked classified at the time, b) whether her attorneys reviewed all of the emails on her extra-legal server, c) whether Clinton used more than one extra-legal server during her tenure as U.S. Secretary of State, and d) whether she turned over all of her work-related emails to the committee.

Again … we suspect the likelihood of Clinton being indicted on perjury charges is about the same as her being indicted for mishandling classified intelligence.

More importantly, the whole thing is further evidence of how far Clinton went in an effort to hide her shameless sellout of the entire U.S. State Department.

As far as we’re concerned, that’s the real scandal …