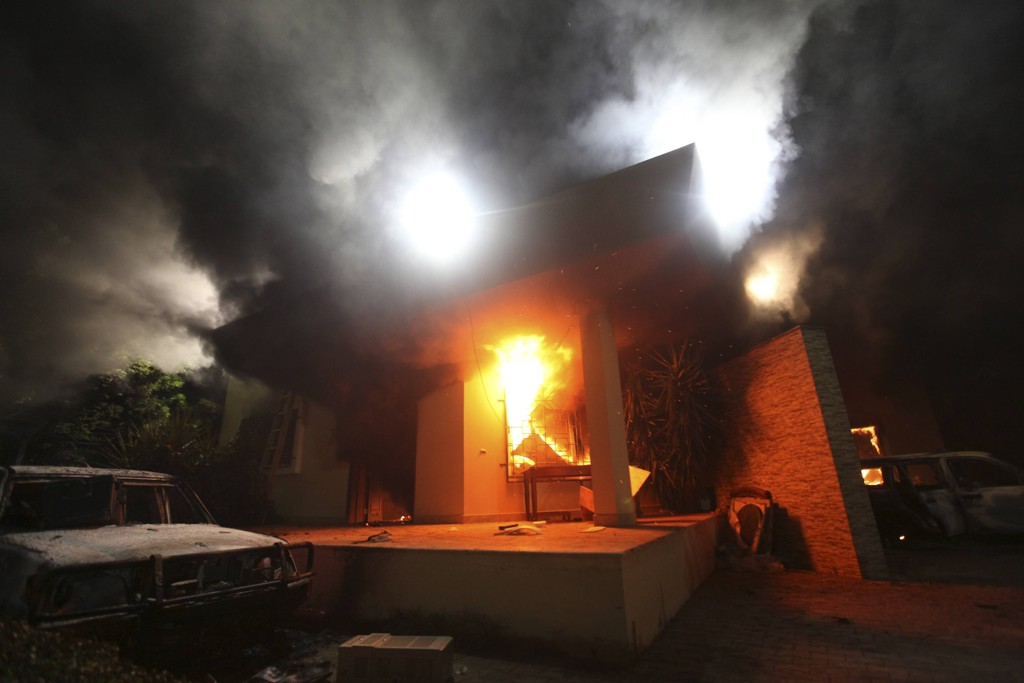 A U.S. Senate report on the September 11, 2012 attack against an American diplomatic outpost in Benghazi, Libya concluded that groups affiliated with al-Qaeda carried out the assault that left four Americans – including a U.S. Ambassador – dead.

“Individuals affiliated with terrorist groups, including AQIM, Ansar al-Sharia, AQAP, and the Mohammad Jamal Network, participated in the September 11, 2012, attacks,” the report said.

Benghazi was put on ice by the mainstream media in the months leading up to the November 2012 presidential election – and didn’t bubble up to major scandal level until May 2013.

Of course by then it was quickly supplanted by the IRS scandal and the revelations regarding domestic spying by the National Security Agency (NSA).

This website has been harshly critical of the administration of Barack Obama as it relates to its handling of Benghazi … from the very beginning.

“Three decades ago, a scandal like this would have been the end of an administration,” we wrote a month after the attacks. “Think about it: Four Americans (including a U.S. Ambassador) were murdered by terrorists in Benghazi, Libya as an American President watched in a secure room halfway around the world – refusing to provide help.”

Not only that at this point it is painfully obvious that the Obama administration – which prior to the Benghazi attacks was touting the defeat of al-Qaeda – deliberate deceived the public into thinking the attack was the spontaneous outgrowth of protests in Libya as opposed to what it was: A premeditated terrorist attack.

Testifying before Senators a year ago, then-U.S. Secretary of State (and 2016 Democratic presidential frontrunner) Hillary Clinton took responsibility for Benghazi, saying “nobody is more committed to getting this right.”

The U.S. Senate report said the attack was “likely preventable,” and cited the failure of the Obama administration to heed “ample” warnings prior to the violence.

“Despite the clearly deteriorating security situation in Benghazi and requests for additional security resources, few significant improvements were made by the State Department to the security posture of the Temporary Mission Facility,” the report states.

Of course as this website has argued all along, the Obama administration’s failure to adequately secure this outpost (and the lies that were told to the public in the aftermath of the debacle) miss the bigger point: The ridiculousness of being in Libya in the first place.

Or as our founding editor said, “It’s impossible to get murdered where you ain’t …”