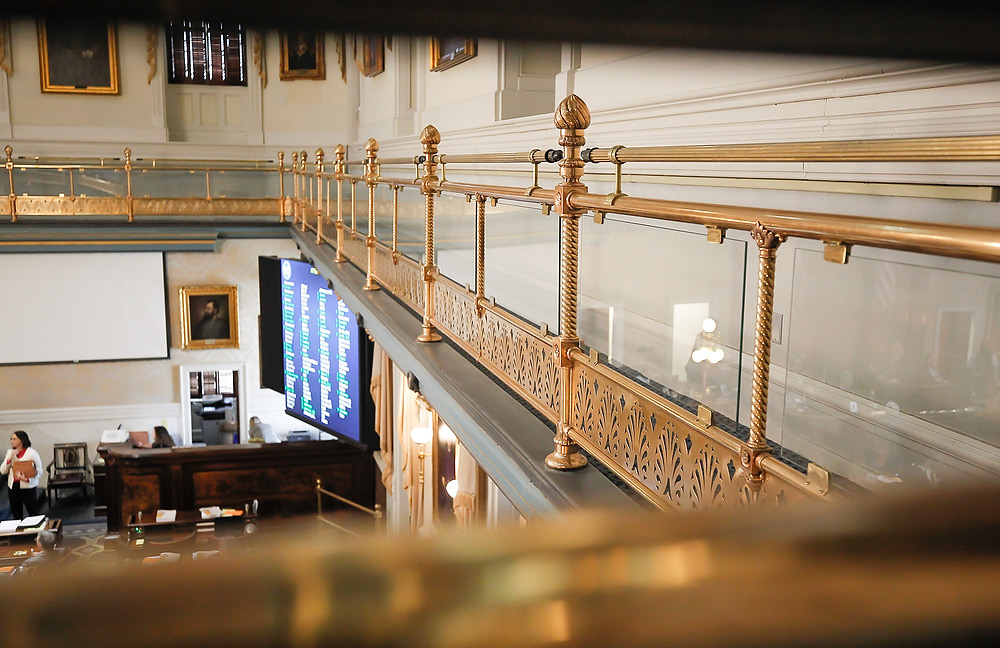 It didn’t take long for the ideological fissures which have neutered the “Republican” party in South Carolina to manifest themselves during the 125th session of the S.C. General Assembly – which briefly convened for an organizational session this week in Columbia, S.C.

To say that legislative gathering was something of a dumpster fire is putting it politely … signaling big problems when lawmakers gavel their formal session to order on January 10, 2023.

According to my sources, multiple members of the new GOP “supermajority” refused to join the chamber’s “Republican” caucus due to the attempted imposition of a so-called “loyalty oath” or “oath pledge,” in the words of one redundancy-loving lawmaker.

“Hiott told them they had to acquiesce to incumbent protection,” a source familiar with the pledge told me, meaning in order to join the caucus they had to agree not to campaign against other members of the caucus in future GOP primary elections.

That was just the first part of this the “oath pledge,” though. According to my sources, Hiott insisted caucus members also refrain from posting images of the House’s electronic voting board on their social media pages – and from discussing “internal processes” regarding House votes during their public appearances.

The issue of House members posting images of the voting board cropped up earlier this week when Pope – who was passed over to succeed outgoing speaker Jay Lucas last year – complained about it.

“Are we here to combat each other, or are we here to represent the state?” Pope said, according to reporter Maayan Schechter of The (Columbia, S.C.) State.


House votes are part of the public record … but House members cannot share that record with the public? How does that work, exactly?

Also, does Pope really want to talk about “representing the state” after the procedural deception he engaged in earlier this year on medical marijuana – an issue which is supported by the vast majority of South Carolinians? He killed that bill without allowing a vote on its merits … but now suddenly wants to lecture his colleagues about “representation?”

The aforementioned restrictions on lawmakers were based on an unwritten definition of “campaign activity” which House leaders reportedly plan on interpreting as they see fit.

Translation? Caucus leaders like Hiott and Pope want to control what GOP lawmakers are allowed to say … and move the goalposts as to what constitutes “acceptable speech” as they see fit.

Also of interest? Newly elected House speaker Murrell Smith was apparently insufficiently empowered in his new leadership role to keep this issue from consuming the caucus on its first official meeting as a supermajority.

In addition to its dramatic success at the statewide level on Tuesday evening (including McMaster’s landslide reelection), the GOP added to its numbers in the House – entering the coming legislative session with 88 out of 124 seats in the red column.

That’s a net gain of six seats … and it means 70.9 percent of the chamber will be controlled by the GOP heading into 2023, well above the two-thirds threshold required for supermajority status. The S.C. Senate – which is on the cusp of a GOP supermajority – was not on the ballot in 2022. Its members will face voters in 2024.

House leaders denied the existence of a rift.

“(There’s) no truth to that,” one told me. “I’m unaware of anyone refusing to join (the caucus).”

I reached out to numerous lawmakers who reportedly refused to sign the oath – however none would speak on the record about the standoff.

Why not? Because caucus meetings are confidential, and these members told me answering questions about what transpired behind closed doors would violate that confidentiality.

Given the extent to which “Republican” leaders are trying to muzzle their colleagues, I would argue they are already setting them up … to fail. Or rather to continue perpetuating South Carolina’s failure on a host of critical economic, academic, public safety and quality of life metrics. Also, while everyone is focused on identifying the 18 lawmakers who refused to sign this pledge, I am more interested in ascertaining the identities of the 70 “Republicans” who so cowardly surrendered their independence – and checked their right to free speech on behalf of their constituents at the door.

Seriously: Anyone expecting real reform from this “supermajority” when it comes to taxes, spending, school choice, public safety, judicial integrity or any other critical issue is in for a disappointment.

The fix is already in … as these “Republican” leaders clearly plan on presiding over the most liberal GOP-controlled legislature in America for a fourth consecutive year.