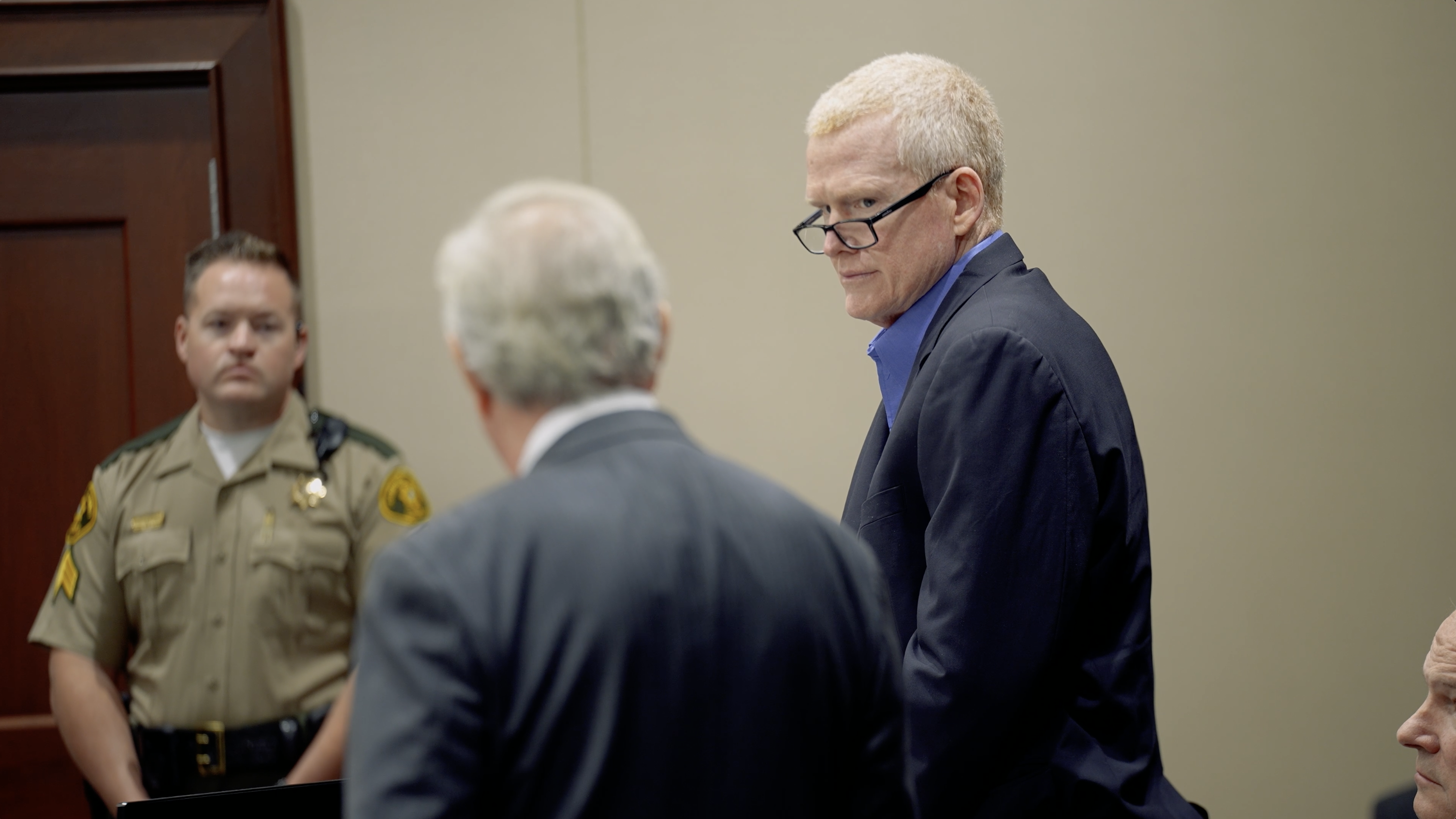 A day before a scheduled court hearing in front of judge Clifton Newman in Colleton County, prosecutors submitted a 23-page response to a recent motion filed by defense attorneys Dick Harpootlian and Jim Griffin which demanded to know the state’s theory of motive for the gruesome double homicide Murdaugh stands accused of committing.

“Motive is a most important fact the jury would want to know in understanding why (Murdaugh) murdered his own wife and son,” the filing (.pdf) signed by lead prosecutor Creighton Waters noted. “To properly evaluate motive, the jury will need to understand the distinction between who Alex Murdaugh appeared to be to the outside world – a successful lawyer and scion of the most prominent family in the region – and who he was in the real life only he fully knew, an allegedly crooked lawyer and drug user who borrowed and stole wherever he could to stay afloat and (stay) one step ahead of detection.”

The filing represented the state’s most detailed public pronouncement on this high-profile case – part of the still-unfolding ‘Murdaugh Murders’ crime and corruption saga. It comes just six weeks before Murdaugh is set to stand trial on charges that he “brutally shot his wife and son to death, with a rifle and a shotgun, respectively.”

“Proof of years of Alex Murdaugh’s unbroken series of misappropriations, lies, loans, debts, and thefts is necessary to explain that distinction to a jury,” the filing from Wilson’s office continued. “It is also necessary proof to show how he avoided accountability for allegedly defrauding victims of over $8.7 million for so long, and how he kept this fantasy persona of wealth, respectability and prominence alive.”

In addition to the two murder charges he is facing, Murdaugh, 54, stands accused of 90 individual counts of alleged criminal activity involving “schemes to defraud victims” of nearly $9 million.

According to Waters, the “clouds of (Murdaugh)’s past were gathering into a perfect storm that was going to expose the real Alex Murdaugh to the world – and which would mean facing real accountability for his life.”


Despite projecting “the illusion of financial wealth from his lucrative law practice, a series of bad land deal(s) exacerbated by the recession permanently changed (Murdaugh’s) finances,” prosecutors alleged.

Many believed Murdaugh had “recovered” his position thanks to some big legal victories in the early part of 2011, the filing continued, but by this time he had “become so dependent on a constant velocity of money to service his huge debt and maintain his lifestyle that even the millions in fees were not enough.”

A 2019 boat crash involving Murdaugh’s late son, Paul Murdaugh – one of his two victims in the double homicide – also factored into the mix. Murdaugh was scheduled to appear in court the week of the murders to supply financial information related to a wrongful death case stemming from that boat crash, which claimed the life of 19-year-old Mallory Beach of Hampton, S.C.

Paul Murdaugh was hit with multiple boating under the influence charges following that crash – charges he was facing at the time of his murder.

According to prosecutors, Murdaugh was “in his office working on the disclosures in the boat case” on the day he is accused of murdering his wife and son.

Prosecutors further alleged Murdaugh tried to throw them off the scent in the double homicide by suggesting that his wife and son were murdered by vigilantes seeking justice in the aftermath of the boat crash.

“Murdaugh – within just over thirty seconds of beginning to speak to the first officer to arrive at the crime scene on June 7, 2021 – suggested to law enforcement the killer’s motive stemmed from the February 2019 boat wreck that resulted in the tragic death of Mallory Beach,” the filing noted. “In fact, Murdaugh expressed certainty and stated he knew ‘that’s what it is’ (the boat case) to the responding officer.”

“Thus, based on his own statements, Murdaugh placed motive into the issue from the outset of law enforcement’s investigation into the killings, and he tried to tie that motive to events that had occurred more than two years earlier,” prosecutors alleged.

We also know around that same time, Murdaugh was the focus of a grand jury investigation into some of his financial misdeeds – as well as allegations that he obstructed justice in the aftermath of the boat crash in an ultimately unsuccessful effort to keep his son out of trouble with the law.

The filing from Wilson’s office also shed new light on information revealed during the federal trial of disgraced banker/ convicted fraudster Russell Laffitte – namely that Murdaugh had been confronted by the chief financial officer at his former law firm, Peters Murdaugh Parker Eltzroth and Detrick (PMPED), about the fleecings he and Laffitte engineered to rip off former clients.

On the morning of the killings …


“On June 7, 2021 a PMPED staffer came into (Murdaugh’s) office and demanded an answer that day as to where the bypassed fees were,” the filing noted. “However, on June 7, (Murdaugh) had already spent the fees and could not pay them back to cover his tracks.”

Murdaugh murdered because of “his many thefts to cover bad debts and the ever growing likelihood of his exposure as a fraud non pareil in his community, culminating in the confrontations and immediate certainty of exposure he faced,” prosecutors contended.

After the murders, though, “immediately everything changed.”

“People immediately treated (Murdaugh) as the victim of an unspeakable tragedy,” prosecutors noted. “Everyone backed off their inquiries and rallied around him. The PMPED partners and staff were no longer seeking immediate answers about the bypassed fees and stopped making inquiries. The hearing on the motion to compel (financial documents in the boat crash case) was cancelled.”

“The day of reckoning vanished,” they wrote.

You know, of all the people working on Murdaugh novels, who would have thought the attorney general’s office had one of the better drafts in the can?

This is no novel, though … it is a central element of the state’s case against the 54-year-old. And while prosecutors are not required to provide (or prove) a motive in order to convict Murdaugh of killing his wife and younger son, they are clearly heavily invested in doing so.

Prosecutors insist Murdaugh killed his wife and son “to shift the focus away from himself and buy himself some additional time to try and prevent his financial crimes from being uncovered, which – if revealed – would have resulted in personal, legal, and financial ruin.”

Defense attorneys Harpootlian and Griffin both declined to comment on the state’s motion, saying they preferred to address the arguments in open court.

Murdaugh is scheduled to appear before judge Newman in Colleton County at 2:00 p.m. EDT tomorrow (Friday, December 9, 2022). Count on FITSNews to be there and keep our readers abreast of the very latest developments.