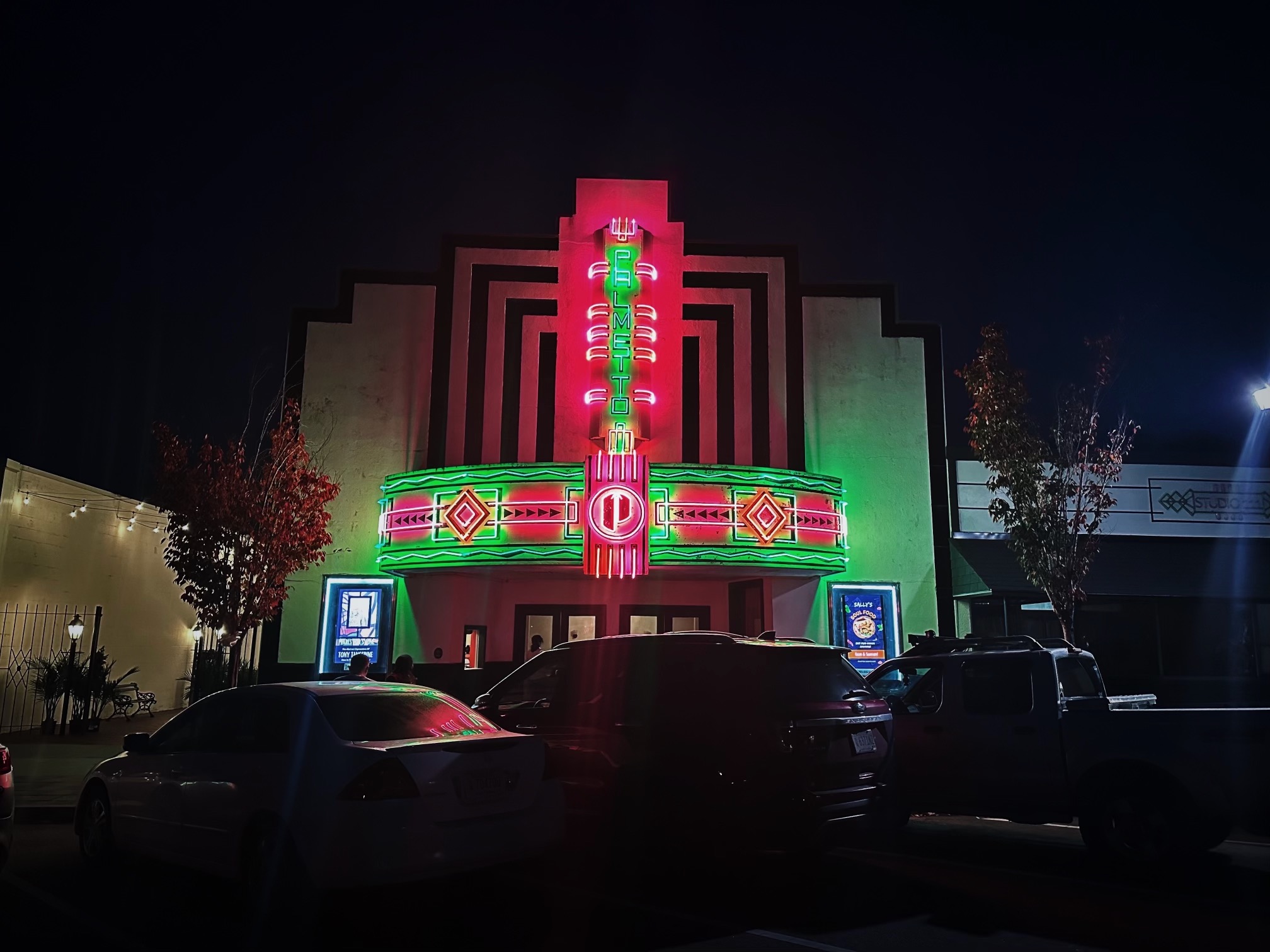 Back in September, the internet lit up with the news that a masquerade ball was being held on Halloween weekend in rural Hampton County, South Carolina – an event which at first glance seemed to have some spooky similarities to the ‘Murdaugh Murders’ crime and corruption saga.

The announcement of this event bitterly divided the local community – with the town council of Hampton, S.C. actually passing a resolution condemning the gathering.

Those who bothered to dig a little deeper quickly saw the ball wasn’t really (or even tangentially) tied to the scandal enveloping Hampton’s most infamous family – although Heather Bruemmer, executive director of Hampton Friends of the Arts, may have taken a few creative liberties in marketing it.

“Rural Frampton County is an isolated community which was recently the center of a nationwide scandal when a prominent local official was arrested on very serious charges,” an invite to the gathering noted. “The local citizenry is so divided about the allegations that they have taken to bickering in the streets and many now believe the entire local government is corrupt.”

Yeah … Bruemmer was baiting the hook a little bit there, wasn’t she?

Members of the local media took further creative license in conflating the narrative of the masquerade ball with the real-life murder mystery … noting its “striking similarities to real current events gripping Hampton County and the South Carolina Lowcountry.”

Those “real current events,” of course, revolve around 54-year-old disbarred attorney Alex Murdaugh – who stands accused of murdering his wife and younger son and defrauding former clients out of millions of dollars, among other alleged crimes.

Murdaugh is a fourth generation member of the Hampton-based “House of Murdaugh” – a crumbling legal dynasty which has enjoyed near-dictatorial power over a five-county region in the southernmost tip of South Carolina for decades. Three generations of Murdaughs – including Alex’s late father, Randolph Murdaugh III – held the post of S.C. fourteenth circuit solicitor between 1920-2006.

Murdaugh himself was a badge-carrying assistant solicitor …

But just how “striking” were the similarities between the masquerade ball and the still-unraveling true crime narrative tied to the Murdaugh family?

“Spoiler alert: A wealthy businessman is being sued by someone who has a vendetta, and a journalist plays a major role,” reporter Michael DeWitt of The Hampton County Guardian noted in his preview of the ball.

Well, ladies and gentleman … I have a confession to make. I was that journalist. Literally.

Yup. In an effort to see what this so-called ‘Murdaugh Masquerade’ was all about, my wife and I traveled to Hampton last weekend for the expressed purpose of attending this event.

Except I didn’t attend the gathering as Will Folks … I attended as my assigned character, Omari Black, a ruthless local radio host intent on obtaining a national news gig no matter who I had to take down. Or take out.

“I’m Omari Black,” I whispered to other event attendees, reading from my cue card. “I’m a killer.”

But was I the killer?

My storyline was interwoven with a number of other fictitious narratives … none of which, it pleases me to relate, bore so much as the slightest resemblance to any of the tragic events which have unfolded in and around Hampton over the past few years.

So to everyone who sanctimoniously clutched pearls ahead of this gathering … you can relax your grasp. And redirect your indignation.

The lack of congruence between the ball and the criminal saga makes sense, too – seeing as the drama upon which this masquerade was based was written years before the ‘Murdaugh Murders.’ In fact, organizers scrubbed the part of a local attorney from the production – even though this character did not figure prominently in the fictitious drama – to avoid drawing unwanted parallels.


There was a corrupt local mayor in the performance (a redhead who was a dead ringer for Clare Danes from Homeland, if I’m honest) … but that bit of fictitious public corruption was as close as this masquerade mystery got to approaching even the vicinity of the real-life saga that is still unfolding across the Lowcountry.

So, if not the Murdaughs … what was this masquerade about?

I will tell you … because, to me, this should be the real takeaway from this event.

To me, this gathering was about a community coming together to celebrate itself … in spite of itself. “Hope despite the times,” to steal a lyric from R.E.M.’s Michael Stipe.

It was about a small band of young, devil-may-care Hamptonians telling the rest of the world that while the Murdaugh mess may be currently defining their community … it does not define them as individual citizens. And will not define their community forever … not if they have anything to say about it.

They are writing their own stories … stories which are certainly taking shape in the shadow of this scandal, but which will one day emerge from that shadow and interweave with each other to form a new foundation for this town of approximately 2,500.

But none of that was on display Saturday night as Bruemmer and Hampton arts chairman John G. Wright put on a show that allowed this town – or at least the portion of it undeterred by all the negative publicity – to start redefining itself on its own terms.

Wright, incidentally, sat in the “colored” section of the historic Art Deco Palmetto Theater on Lee Avenue as a child. Now he runs the facility – and teaches art to local elementary and middle school students. His goal? Serving “the under-resourced, predominantly African-American communities of the rural Lowcountry,” according to his online biography.

While Wright and Bruemmer drove this production – and are driving Hampton’s bid to redefine itself in the post-Murdaugh era – they were not the real stars of this show. Nor for that matter were local actresses Lizzi Tompkins and Sophie Docalavich – two starlets who would have made Agatha Christie proud with their performances. To me, the real stars of this production were the middle- and high-school students who waited on attendees in their purple suspenders and bow ties – eagerly accepting tips (bribes?) as they doled out inside information regarding the twists and turns of this masquerade mystery.

I had the distinct privilege of speaking with nearly all of these students over the course of the evening – and was incredibly impressed by what I saw and heard from each of them. Several pointedly decried the lack of arts education being provided by the local government-run school system – and condemned the widespread social promotion taking place within that same system.

“Whatever we do, they pass us,” one told me. “They don’t care if we learn our lessons or not.”

They spoke passionately and articulately about their dreams – and how they had no intention of being bound by either a failed school system or any geographic or socio-economic limitations placed upon them. One of the young women told me in detail about her plans to become a lawyer – and how she was already practicing her Latin.

These were good kids. Intelligent and polite kids. Hard-working kids. And if Hampton’s future is in their hands – as opposed to being under the thumb of the Murdaughs – I have no doubts this community is going to rise and thrive in the coming years.

I’ll be honest … I had some initial reservations about attending this event. Over the last few months, I have become acquainted with a reflexive, regurgitative hate simmering just below the surface of what can only be described as incessant virtue-signaling/ brazen victim exploitation/ shameless profiteering on the part of some associated with this story.

A truly nasty, venomous (and hypocritical) hate has taken hold … and I feared participating in this gathering might unleash more of that vitriolic venom.

Hampton has a long road ahead of it … but if the citizens (especially the young ones) who showed up on Saturday have anything to do with it, that road looks far more promising than many in the Palmetto State may have originally thought.