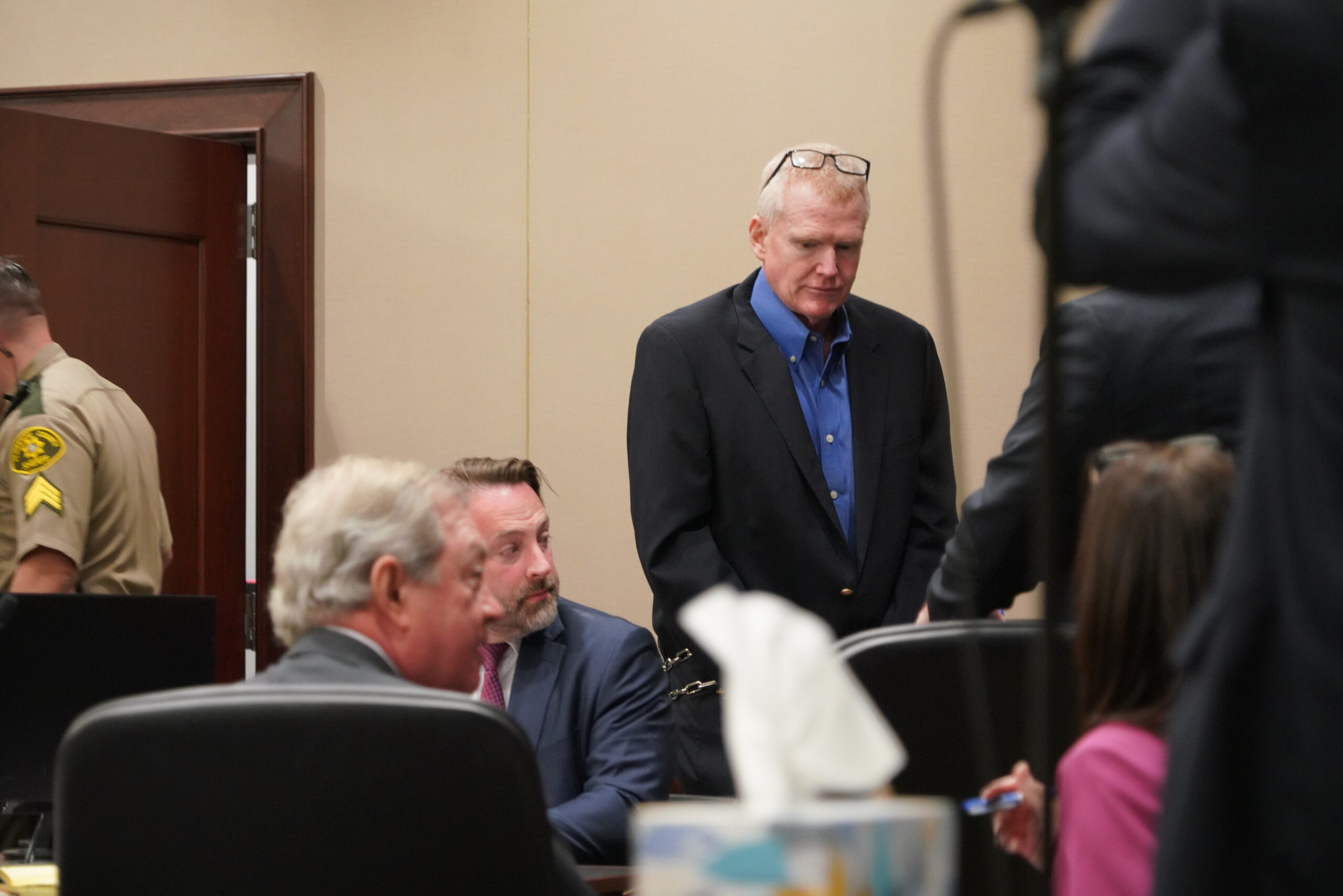 One of the key developments from the most recent preliminary court hearing in the ‘Murdaugh Murders’ crime and corruption saga – specifically the double homicide trial of disbarred attorney/ accused killer Alex Murdaugh – was the establishment of a timeline for the high-profile killings of Murdaugh’s wife and younger son.

Prior to the hearing, Murdaugh’s attorneys challenged prosecutors in the office of South Carolina attorney general Alan Wilson to pin down a specific time for the murders of 52-year-old Maggie Murdaugh and 22-year-old Paul Murdaugh.

In arguments before S.C. circuit court judge Clifton Newman on Thursday (October 20, 2022), lead prosecutor Creighton Waters (above) detailed video evidence obtained by the state that put Murdaugh and his two victims at the family’s 1,700-acre “Moselle” hunting property on the Salkehatchie River at 8:44 p.m. EDT on the evening of the killings (June 7, 2021). This video evidence – reported by this news outlet earlier this year – came from the cell phone of Paul Murdaugh.

The existence of this video evidence was belatedly acknowledged by Murdaugh’s lawyers – state senator Dick Harpootlian and Columbia, S.C. attorney Jim Griffin. According to them, the footage depicted a “convivial” family gathering.

The problem? Convivial or not, Murdaugh’s presence at Moselle – near the precise location on the Moselle property where the murders were committed – shredded the alibi he originally provided agents of the S.C. State Law Enforcement Division (SLED).

According to a recent court filing (.pdf) from Waters, the 8:44 p.m. EDT stamp on the video is the approximate “start time” for the double homicide – the first bookend, so to speak. The other bookend? Approximately 10:07 p.m. EDT – when Murdaugh placed a frantic 9-1-1 call from Moselle after ostensibly discovering the bodies of his slain family members.

Well … one quick note about that: Readers will recall the first Colleton County sheriff’s department deputies did not arrive on the scene at Moselle until shortly before 10:26 p.m. EDT – nearly twenty minutes after Murdaugh placed his 9-1-1 call.

Here is the current timeline of events as we understand it …

What transpired during these 102 minutes?

We know Paul Murdaugh was hit by a pair of shotgun blasts on that fateful evening – one to the head, the other to the arm and chest. We know Maggie Murdaugh was killed by multiple shots from a semi-automatic rifle at or around the time her son was killed. We have also been told at least two of Maggie Murdaugh’s gunshot wounds were reportedly inflicted as she was laying wounded on the ground – consistent with initial reports we received of “execution-style” slayings.

Colleton County coroner Richard M. Harvey has placed the time of death of Paul Murdaugh at approximately 9:00 p.m. EDT, according to his death certificate (.jpg). That document was released last August by Wilson’s office when it dropped a boating under the influence case it had been pursuing against him prior to his murder. Maggie Murdaugh’s death certificate has yet to be released.


Murdaugh, 54, has been charged with two counts of murder and two counts of possessing a weapon during the commission of a violent crime in connection with the double homicide. He has pleaded not guilty to those charges and is scheduled to stand trial beginning on January 23, 2023.

In anticipation of this upcoming trial, Harpootlian and Griffin have been pushing the state to reveal details about their case – while simultaneously attempting to shift blame for the murders away from Murdaugh and onto his longtime friend, 62-year-old accused drug dealer/ check casher Curtis “Eddie” Smith.

Smith was Murdaugh’s accomplice in a bizarre staged suicide last Labor Day, and according to Harpootlian – the real killer of Maggie and Paul.

“He in fact did commit these heinous crimes,” Harpootlian wrote in a filing (.pdf) submitted last week, noting Smith failed a polygraph examination administered by law enforcement asking him questions about his purported knowledge of/ potential participation in the Moselle murders.

Smith’s attorney, Aimee Zmroczek of Columbia, S.C., has emphatically denied any connection between her client and the double homicide.

“Absolutely he did not have anything to do with it,” she told me this week.


Zmroczek further invited prosecutors to test Smith’s DNA and compare it with evidence collected at the Moselle crime scene.

“We welcome any DNA testing,” she said. “(Smith) voluntarily gave his DNA over a year ago. They’ve had his DNA and they can test it … it can only help our case.”

This week, additional details of Murdaugh’s movements on the evening of the murders became part of the public record. According to Waters, Murdaugh departed Moselle at approximately 9:06 p.m. EDT and drove to his parents’ home in Almeda, S.C. Both his departure time from Moselle and his destination were new information. New pieces of the puzzle.

Murdaugh previously said he was visiting his father – former S.C. fourteenth circuit solicitor Randolph Murdaugh III – who was seriously ill at the time these events were transpiring. In fact, Murdaugh III passed away just three days after the double homicide – on June 10, 2021.

Murdaugh’s parents’ home in Almeda is approximately fifteen to twenty minutes away from the scene of the murders, meaning the accused killer would have had only around twenty to thirty minutes at that location if we are to assume he was back at Moselle at 10:07 p.m. EDT making his 9-1-1 call.

What did he do during that time?

Prosecutors and investigators have yet to say, but this week our news outlet confirmed another key piece of the puzzle from multiple independent sources with direct knowledge of the investigation. According to these sources, a witness for the state observed Murdaugh engaging in some suspicious activity during his brief visit to Almeda in the immediate aftermath of the murders.

According to our sources, this witness “saw Alex hide something wrapped in a blue tarp behind (his parents) house” upon arriving from Moselle. Another source referred to the blue tarp as a “rain slicker” – or rain jacket – but confirmed “it was blue.”

“It ended up being a rain jacket the witness thought was a tarp,” the source said.

Whatever the blue water resistant item was, “there was significant GSR (gunshot residue) on it,” one of our sources said.

The jacket has since been recovered by law enforcement, but the items which were transported inside it – presumed to be the two murder weapons and other potentially incriminating evidence – were not retrieved from the scene.

Have these weapons been recovered since?

Readers will recall a massive law enforcement search of the Coosawhatchie River near Murdaugh’s parents’ home in Almeda in late August which was tied to the ongoing investigation of the double homicide – a search which reportedly came up empty. A previous law enforcement search of a swamp on the Moselle property also reportedly yielded nothing related to the weapons used in the commission of the crime.

As I noted earlier this week, “this case – which has been described by some as a single-color, 5,000-piece jigsaw puzzle being put together in the middle of a category five hurricane – is at long last beginning to reveal some of its outlines.”