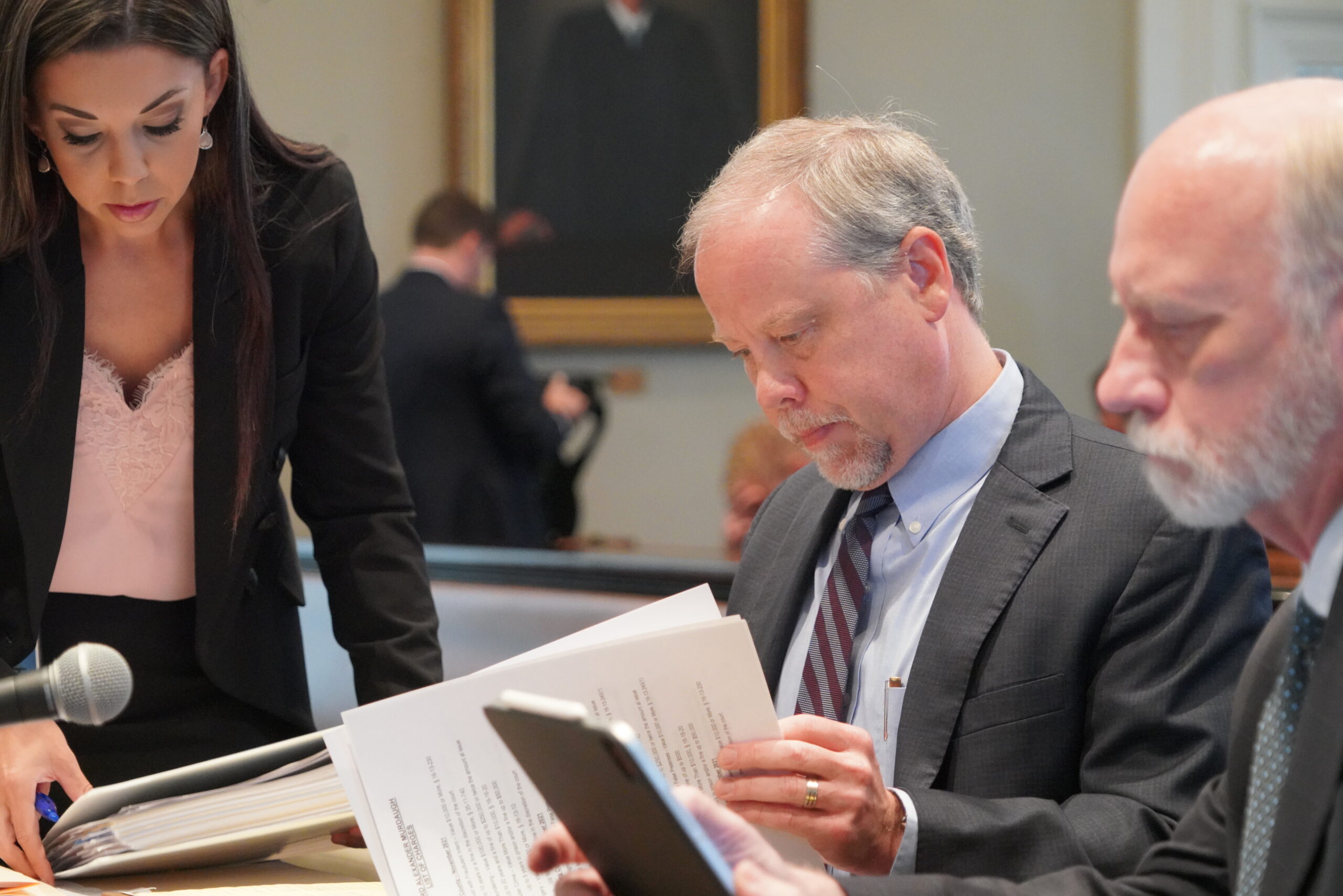 The office of South Carolina attorney general Alan Wilson issued its responses to a flurry of recent motions filed by attorneys for accused killer Alex Murdaugh on Monday – the latest chess moves in the double homicide case at the center of the still-unfolding ‘Murdaugh Murders’ crime and corruption saga.

The filing from Wilson’s office was provided to reporters shortly before 5:00 p.m. EDT on Wednesday – less than 24 hours prior to a scheduled hearing in the case called by S.C. circuit court judge Clifton Newman.

“The state is willing to work to ensure the defense has discovery to which it is entitled, and even has provided discovery far in excess of what is technically required by rule,” the motion, signed by lead attorney Creighton Waters, noted. “The defense has or is getting as soon as available any relevant, discoverable, and material information requested.”

However, Waters pointed out that under South Carolina’s rules of criminal procedure, Murdaugh’s attorneys are not entitled to “discovery or inspection of reports, memoranda, or other internal prosecution documents made by the attorney … in connection with the investigation or prosecution of the case.”

Waters further indicated the flurry of motions from the defense followed what he termed a “collegial call” with defense attorneys on October 13, 2022 – one day before Harpootlian and Griffin dropped their bombshell.

“This was a pleasant and reasonable conversation – but of course, as usual – at no time during this conversation did counsel mention the defense was going to file an aggressive and misleading motion to compel just one day later,” Waters wrote.

“The court should not be moved by such tactics,” Waters wrote, adding that Harpootlian and Griffin’s “manner of conducting litigation says a lot about the defense’s true motives here.”


According to Harpootlian and Griffin, Smith’s responses to questions about his knowledge of (and potential involvement in) the double homicide indicated “deception.” Law enforcement sources quickly confirmed this account, sending this story soaring into the proverbial stratosphere … again.

Waters described the motion as “inflammatory,” arguing that Murdaugh’s motion was “clearly just (trying) to prejudice the reader with a recounting of inadmissible polygraphs and salacious scuttlebutt that is offensive to the memory of his victims.”

Regarding the polygraph examination itself, in addition to discussing the inadmissibility of the exam Waters claimed Harpootlian and Griffin’s motion was “misleading (about) how polygraphs work.”

“The polygraph machine is not a ‘lie detector,’ nor does the operator who interprets the graphs detect ‘lies;’ rather, the machine records physical responses from which an examiner may draw somewhat subjective inferences about whether the examinee is being deceptive or otherwise motivated by a sense of guilt or some other emotion,” Waters wrote.

As for the results of this exam, Waters disputed the inference made by Murdaugh’s legal team that a visible spike in a photo taken from the exam was indicative of a “deceptive response.”

According to Waters, “the pictures of the polygraph (Murdaugh) put in his motion, while they may make for interesting content, simply do not mean what the defense tries to convince the reader they mean.”

“The highlighted view of the screen appears to be a movement spike, not an answer,” Waters noted.

“It appears (Murdaugh)’s experienced team of defense lawyers do not understand how polygraphs work, or they are vastly overstating their point to this court and for public consumption. Those are the only two choices,” Waters continued. “Even if the polygraph did mean what (Murdaugh) tries to mislead the reader into believing, nothing about that would exclude (Murdaugh) as the perpetrator of the crime.”

“The overwhelming weight of the evidence to be put forth at trial will show Defendant Alex Murdaugh murdered his wife (and) son with malice aforethought,” Waters concluded.

Subsequent motions filed by Harpootlian and Griffin have demanded the state turn over a cache of additional evidence related to the case – and challenged prosecutors to provide specific information regarding the time of deaths of the two victims.

Addressing the latter assertion, Waters wrote in the state’s response that “the defense incorrectly asserts the state has not provided any information about the time of the murders.”

“This is not true,” he wrote. “The fact that Maggie and Paul were killed at Moeselle (sic) on June 7, 2021 might be one of the most well-known facts in the state.”


On the final page of his response filing, though, Waters dropped a bombshell of his own narrowing down the time of death.

“If the defense needs further help for a start time, there is evidence of which the defense is well aware showing (Murdaugh)’s presence along with the victims at the crime scene at 8:44 p.m.,” he wrote.

The motion did not elaborate as to what evidence may have established this “start time.”

This news outlet has previously reported on video evidence placing Murdaugh at the scene of the murders shortly before they were committed.

Murdaugh placed a 9-1-1 call at approximately 10:07 p.m. EDT after purportedly discovering the bodies.

In addition to the double homicide charges, Murdaugh is also staring down a multitude of alleged financial crimes as well as drug charges and allegations of obstruction of justice tied to a fatal 2019 boat crash involving his late son. Beyond that, he is facing fraud charges tied to a bizarre, botched suicide attempt last Labor Day in Hampton County.

Smith was involved in that shooting, allegedly joining Murdaugh in an attempt to scam an insurance company out of $10 million.

There is also a public corruption investigation tied to this case – which would certainly seem to indicate state law enforcement leaders believe Murdaugh and his associates had help in pulling off their alleged crimes.

The Murdaugh case has attracted international attention given the high-profile – and heavy influence – his family, law firm and their allies have wielded in the Palmetto Lowcountry for decades.

Three generations of Murdaughs held the post of S.C. fourteenth circuit solicitor from 1920-2006, during which time the family and the law firm it founded enjoyed near dictatorial control of a five-county region in the Palmetto Lowcountry. Over the years, corruption appears to have been an integral part of the family business … and there are indications this corruption could go much deeper than any of us covering the case ever suspected or imagined.