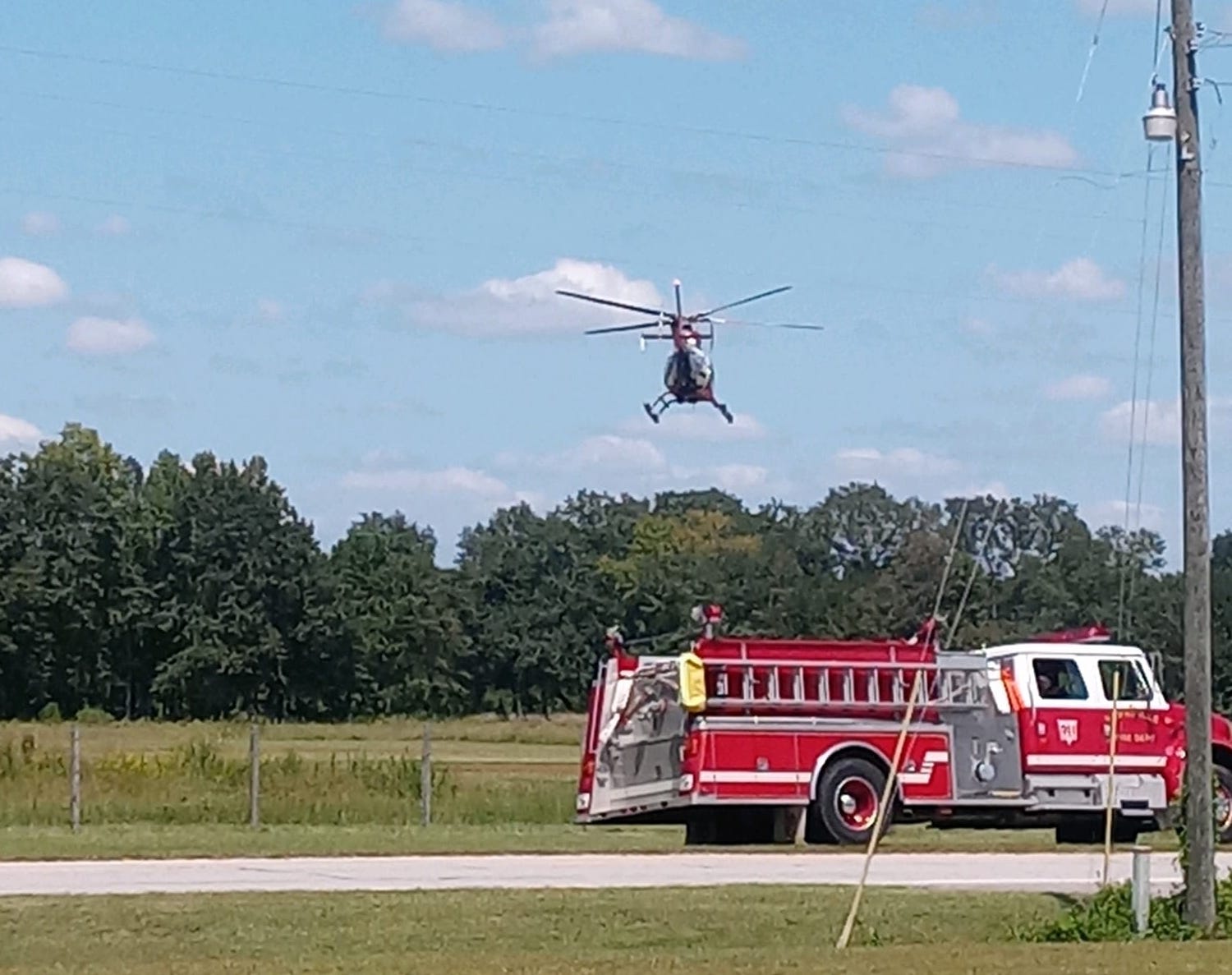 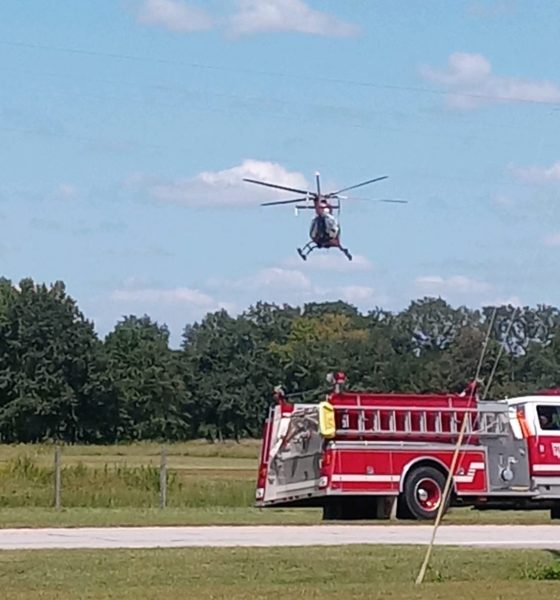 Along with a majority of the millions of people now glued to the Murdaugh Murders saga, the attorney representing the man accused of shooting Alex Murdaugh says that the storyline about what happened on Labor Day weekend does not add up.

Attorney Jarrett Bouchette told FITSNews Wednesday that even though his client Curtis Edward “Eddie” Smith was charged with assault and battery of a high and aggravated nature among other serious charges in the alleged shooting on September 4, he’s seen no evidence of any injuries on Alex Murdaugh.

Once again, we ask: Was Alex Murdaugh actually shot?

“It’s not quite clear that Mr. Murdaugh in fact suffered a gunshot wound,” Bouchette said. “Shortly after the incident, we saw no evidence that he even had a superficial gunshot wound to the head, no evidence of bandages or stitches or anything along those lines.”

According to probable cause affidavits, the South Carolina Law Enforcement Division appeared to rely on Alex Murdaugh’s narrative for Smith’s arrest.

Considering the fact that Murdaugh is an admitted drug addict on a downward spiral, who also has shown no physical signs of ever being shot, questions should be raised about Smith’s charges.

The disgraced attorney appeared without a scratch at his Hampton County bond hearing 13 days after the alleged shooting — raising major questions about everything we heard from Murdaugh’s attorneys Jim Griffin and Dick Harpootlian this month.

The extent of Alex Murdaugh’s injures has been questionable from the moment FITSNews first broke the story that Alex Murdaugh — who is a “person of interest” in the recent murders of his wife and son — was allegedly shot in Hampton County, South Carolina on September 4.

From day one, officials from the South Carolina Law Enforcement Division (SLED) have maintained that Murdaugh suffered a superficial gunshot wound to the head, while Murdaugh’s PR team / attorneys claimed in their spin campaign to media that he had an entry, an exit wound and suffered a skull fracture coupled with temporary blindness.

So far, neither SLED nor Murdaugh’s attorneys have presented any evidence that he was shot at all.

Bouchette said that his client has been wrongfully pegged as a drug dealer in the media. Soon after Smith was arrested on September 14, sources close to the Murdaugh family told FITSNews that Smith was known as “Alex’s personal drug dealer.”

“Over the last 20 years, Smith has next to no criminal record,” Bouchette said of his client. “So that tells me one of two things: either he is the one of the most successful drug dealers that I have ever seen in terms of evading law enforcement, or, you know, he’s not a drug dealer.”

To be clear, Smith was hit with two drug charges in Colleton County when SLED agents searched his home following the Labor Day weekend incident. However, Colleton County court records do not show that Smith has a criminal past.

The day after Smith was arrested, Dick Harpootlian claimed on the TODAY show that his client Alex Murdaugh spent the “vast majority” of the millions of dollars that he allegedly stole from his family’s law firm on drug purchases.

Bouchette said his client is “certainly not one with the financial wherewithal to be supplying millions of dollars worth of drugs over a period of however many years.”

So if Curtis was Murdaugh’s main drug supplier like his lawyers are saying he was, wouldn’t he be a millionaire? Not a guy doing odd jobs on a Saturday?

“That doesn’t really make any sense,” Bouchette said of the alleged rumor that Smith was Alex’s drug dealer. “So, when you add all those things together, you come to a conclusion that something just doesn’t sound right from the get-go.”

Bouchette said that the charges in the case appeared to be in favor of Alex Murdaugh’s side of the story — even though Alex’s credibility has been demolished in the last few weeks in light of recent allegations.

According to Bouchette, Smith said he received a call from Alex Murdaugh, who was previously Smith’s attorney, on September 4. Smith used to be in the timber business until he got hurt on the job a few years back. Now he does handyman jobs around Colleton County for people like the Murdaughs.

Smith was expecting to do some handyman work for Alex Murdaugh on September 4.

When asked where exactly Smith was told to go, Bouchette said he wouldn’t get into the specifics. He said Alex may have followed Smith for some period of time. Eventually they arrived at a spot (he didn’t say where) and they both stopped. Alex looked like he was going to shoot himself.

“Mr. Murdaugh appeared to be in a suicidal state and (Smith) wrestled the gun away from him — the gun did go off,” Bouchette said. “There was no apparent sign of any injuries to Mr. Murdaugh at the time.”

Click the video below from Beaufort filmmaker Eric Daume who took this video of the shooting scene.

Bouchette said that Smith was scared and distraught at this time and left the scene.

“There was no crime, there was nothing for him to flee from other that what had obviously been a very traumatic situation,” he said.

According to Bouchette, Smith was not present when Alex Murdaugh called 911 to report that he’d been shot on Old Salkehatchie Road near Varnville, S.C. at 1:34 p.m. on Saturday, September 4.

Alex Murdaugh was driven away from the crime scene after calling 911 and transported via car by an unknown individual, according to sources.

C.A.R.E. Flight officials told FITSNews the helicopter that transported Alex Murdaugh from a landing zone about 7 miles from the alleged shooting scene was dispatched at 1:43 p.m. Saturday — approximately 9 minutes after Alex Murdaugh called 911.

This means that the helicopter was dispatched approximately 12 minutes before the Hampton County Sheriff’s Office was dispatched at 1:55 p.m. Saturday, according to their news release written three days after the shooting.

This timeline is very strange for a shooting, where the lead law enforcement agency (Hampton County) would be dispatched immediately.

Further, an eye witness (see top of article for photo) told FITSnews the helicopter landed at the scene along Charleston Highway in Varnville, South Carolina around 2:15 p.m. and left around 2:25 p.m. She told FITSNews that police appeared at the landing zone before the helicopter.

The helicopter, based in Colleton County, then transported Alex Murdaugh to a hospital in Savannah, Georgia, according to SLED.

Immediately after the incident, sources close to the situation told FITSNews that Alex’s story was suspicious and “not adding up,” while Harpootlian and Griffin embarked on a week-long spin campaign in an attempt to control the narrative and make Alex appear like the victim.

Murdaugh’s attorneys also told reporters that Alex was released from the hospital two days after the alleged shooting before traveling to an out-of-state rehab facility.

Nine days after the shooting, Harpootlian said his client realized it was time to come clean with police.

While admitting to several crimes, Alex Murdaugh also pointed the finger at Smith and told police that he was in on the insurance scheme. Alex claimed that he gave Smith a gun and Smith shot him in the head.

Smith admitted to being present during the shooting and disposing the gun after the shooting, according to SLED.

Smith was was charged with assisted suicide, assault and battery of a high aggravated nature, pointing and presenting a firearm, insurance fraud, and conspiracy to commit insurance fraud.

But if Alex Murdaugh was high on opioids at the time of the incident, shouldn’t his allegations as to what happened during the incident be called into questioned?

“It seems like it was stipulated that the codefendant (Alex Murdaugh) was coming off a very serious, long-standing opioid addiction at the time of this alleged incident, whether he was was withdrawals or a relapse episode, but it was very serious,” Bouchette said. “And his testimony, which provides the basis for the allegations, was given during that state of mind.”

The most shocking of the allegations we’ve heard this month?

Alex Murdaugh and his best friend Cory Fleming were accused this week of stealing more than $4 million in a secret wrongful death settlement for Gloria Satterfield — who died suspiciously in 2018 following an alleged “trip and fall” incident at a home.

Stay tuned for more on the Murdaugh Murders Saga….