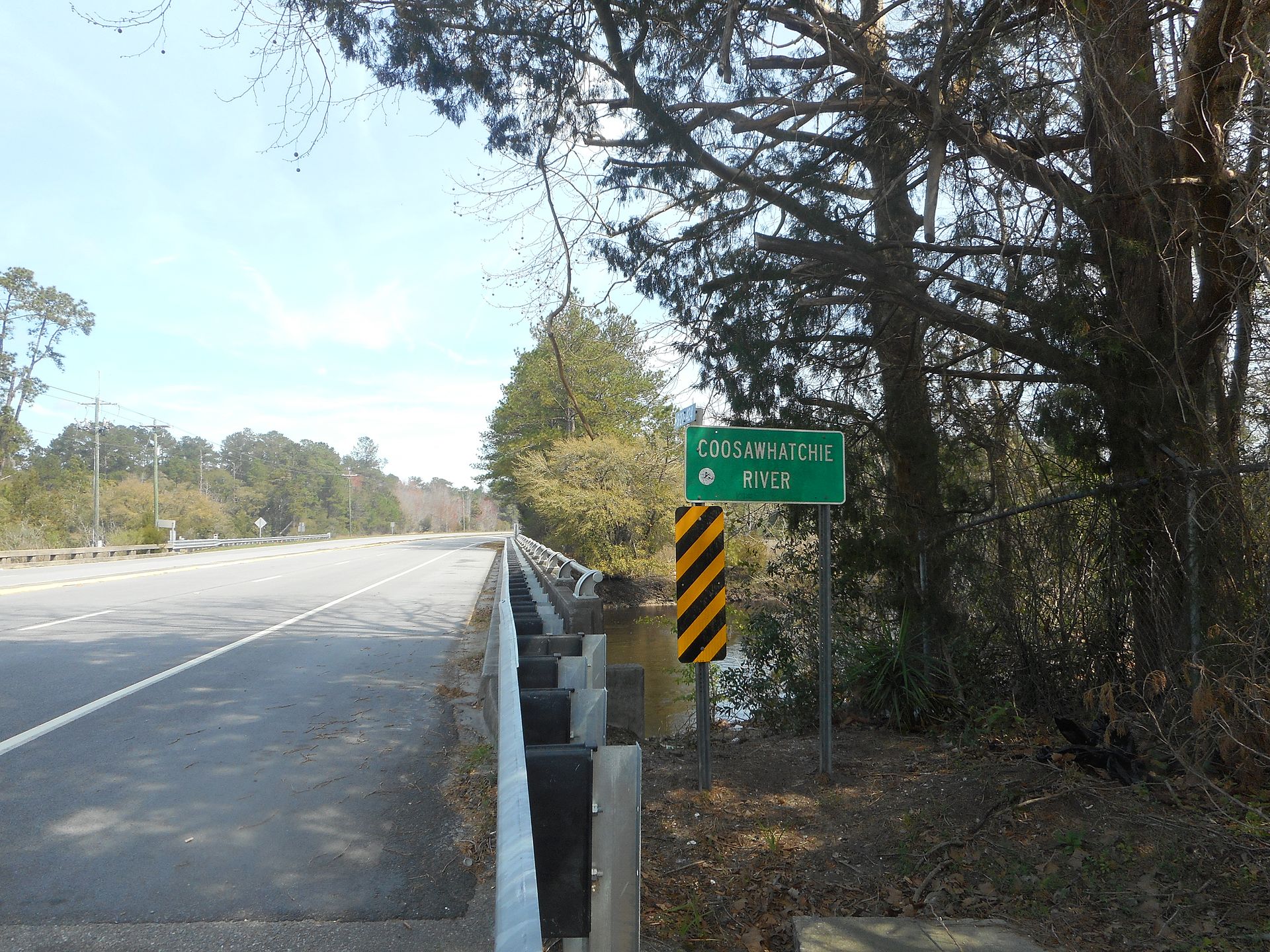 Yesterday, agents of the South Carolina State Law Enforcement Division (SLED) initiated a search of the Coosawhatchie River – which flows fifty miles from Allendale County to its confluence with the Pocotaligo River. Together, they form the Broad River – a tidal channel which in turn flows through Beaufort and Jasper counties into the Port Royal Sound.

Named for the now-extinct Coosa Indians – who lived along its banks during the late seventeenth and early eighteenth centuries – the river is rich in Revolutionary and Civil War history.

Of course it has long since been relegated to centuries past – flowing through a stretch of South Carolina which has seen history bypass it (and then bypass it again). That includes the last century – during which time this portion of the Palmetto Lowcountry has been under the thumb of the “House of Murdaugh,” a crumbling legal dynasty which has enjoyed near-dictatorial power over a five-county region in the southernmost tip of South Carolina.

“‘Hatchie’ was the Coosaw people’s word for river, and it’s all that’s left of their legacy,” noted author Michele Roldán-Shaw for the website Local Life. “This laidback coastal tribe was wiped out during the tumultuous colonial period, killed by white men and more war-like tribes of the Southeast. Survivors were sold into slavery for West Indian plantation labor or assimilated into the Catawbas and Creeks.”


”You will see nothing of this history on the river today,” Roldán-Shaw continued. “It’s just a quiet stretch of saltwater and grass with blank inscrutable banks – an oyster-encrusted pylon here, a half-destroyed dock there, never repaired after a hurricane perhaps.”

The Murdaugh empire is currently experiencing a far swifter collapse … part of a yet-to-be-written history to which these flowing waters now bear witness.

Along this river – beneath a concrete bridge carrying Highway 278 (a.k.a. Grays Highway) over its dark waters – SLED agents conducted an extensive search in connection with the ongoing ‘Murdaugh Murders’ crime and corruption saga.

Specifically, we are told agents were searching for evidence tied to the graphic June 7, 2021 slayings of 52-year-old Maggie Murdaugh and 22-year-old Paul Murdaugh.

Disbarred attorney Alex Murdaugh has been charged with two counts of murder and two counts of possessing a weapon during the commission of a violent crime in connection with the killing of his wife and younger son. Murdaugh is also staring down a multitude of alleged financial crimes as well as drug charges and allegations of obstruction of justice tied to a 2019 boat crash involving his late son.

Additionally, Murdaugh is facing fraud charges tied to a bizarre, botched suicide attempt a year ago in Hampton County – and is a codefendant in multiple civil cases, including a high-profile wrongful death lawsuit tied to the same boat crash.

News of the Coosawhatchie River search near Almeda, S.C. was first reported by Michael DeWitt of The Hampton County Guardian, who published images from the outing on his Facebook page.

“SLED is near Almeda searching a river with metal detectors,” DeWitt wrote on his Facebook page. “They also have boats and divers in the water.”

Multiple eyewitnesses quickly corroborated DeWitt’s account, telling this news outlet SLED “dive teams (were) in the water” searching for a piece of evidence deemed to be “central” to the upcoming murder trial of Murdaugh. Agents were also searching wooded areas surrounding the bridge, sources say.

A total of 16-18 SLED vehicles were parked on the road surrounding the bridge on Tuesday – providing support for divers as well as agents in waders using underwater metal detectors and magnet-tipped “spears.”

As I noted yesterday, the location of this search is a “stone’s throw” from the Varnville, S.C. home of the late Randolph Murdaugh III – one of three Murdaughs to hold the post of S.C. fourteenth circuit solicitor between 1920-2006. Specifically, it is 2.4 miles away from the home – where Randolph Murdaugh passed away less than 72 hours after the Moselle homicides.

Regular readers will recall this residence figured prominently in his son Alex Murdaugh’s so-called “ironclad” alibi following the murders of his wife and son.

That alibi has since been shredded, however …

The search site is also located less than a mile away from four massive tracts of land owned by Murdaugh’s brother, John Marvin Murdaugh. In fact, John Marvin Murdaugh accompanied SLED agents on their search of the river – along with two of his longtime friends from Hampton, S.C.

This is at least the second time during the course of this investigation Murdaugh has accompanied law enforcement agents on searches related to the double homicide inquiry.

Courtesy of our intrepid researcher Jenn Wood, here is an updated map showing the location of this search in proximity to Varnville – a town of just under 2,000 located in the center of Hampton County, S.C – and Randolph Murdaugh’s home.

Wood’s updated map also shows the location of the search site in proximity to the property owned by John Marvin Murdaugh.

What were SLED agents searching for? And what, if anything, did they find?

“It was a bad day for fishing,” one local source told me, indicating the SLED search had come up empty.

One law enforcement source close to the investigation confirmed “nothing was found” during the search, however many of our trusted sources close to the inquiry – perhaps leery of the scrutiny of leaks related to this case – declined to confirm that characterization.

As she did yesterday, SLED public information director Renée Wunderlich would not discuss the status of the search when reached for comment on Wednesday morning.

“It would be inappropriate for SLED to comment at this time,” Wunderlich said, adding that reporters were “welcome to reach out in the future.”

Yesterday, this news outlet addressed speculation that the search could be tied to the “potential recovery of weapons used in the double homicide.”

They haven’t said anything about the weapons, in fact. Nor have prosecutors.

Videos taken at Moselle prior to the fatal shootings revealed a massive cache of weapons at the farm house – including multiple semi-automatic rifles similar to the one allegedly used in the killings of Maggie and Paul.

We know Paul Murdaugh was killed by a pair of close-range shotgun blasts – one to the head, the other to the arm and chest. We also know Maggie Murdaugh was killed by multiple shots from a semi-automatic rifle at or around the time her son was killed. At least two of Maggie Murdaugh’s gunshot wounds were reportedly inflicted as she was laying on the ground – consistent with initial reports we received of “execution-style” slayings.

The murders are believed to have taken place at approximately 9:00 p.m. EDT – more than an hour before Murdaugh placed his infamous 9-1-1 call.

Multiple sources with direct knowledge of the investigation told this news outlet the Coosawhatchie River search may have been tied to the suspected location of at least one of the murder weapons – although they declined to elaborate. Additionally, we have been informed the specific location of the search could point to the involvement of an “accomplice after the fact” – although, once again, our sourced declined to provide a name in connection with this alleged accomplice.

Donald Trump Confirms Nancy Mace Is On His Target List