Aimee Zmorczek fires back at allegations against her client … 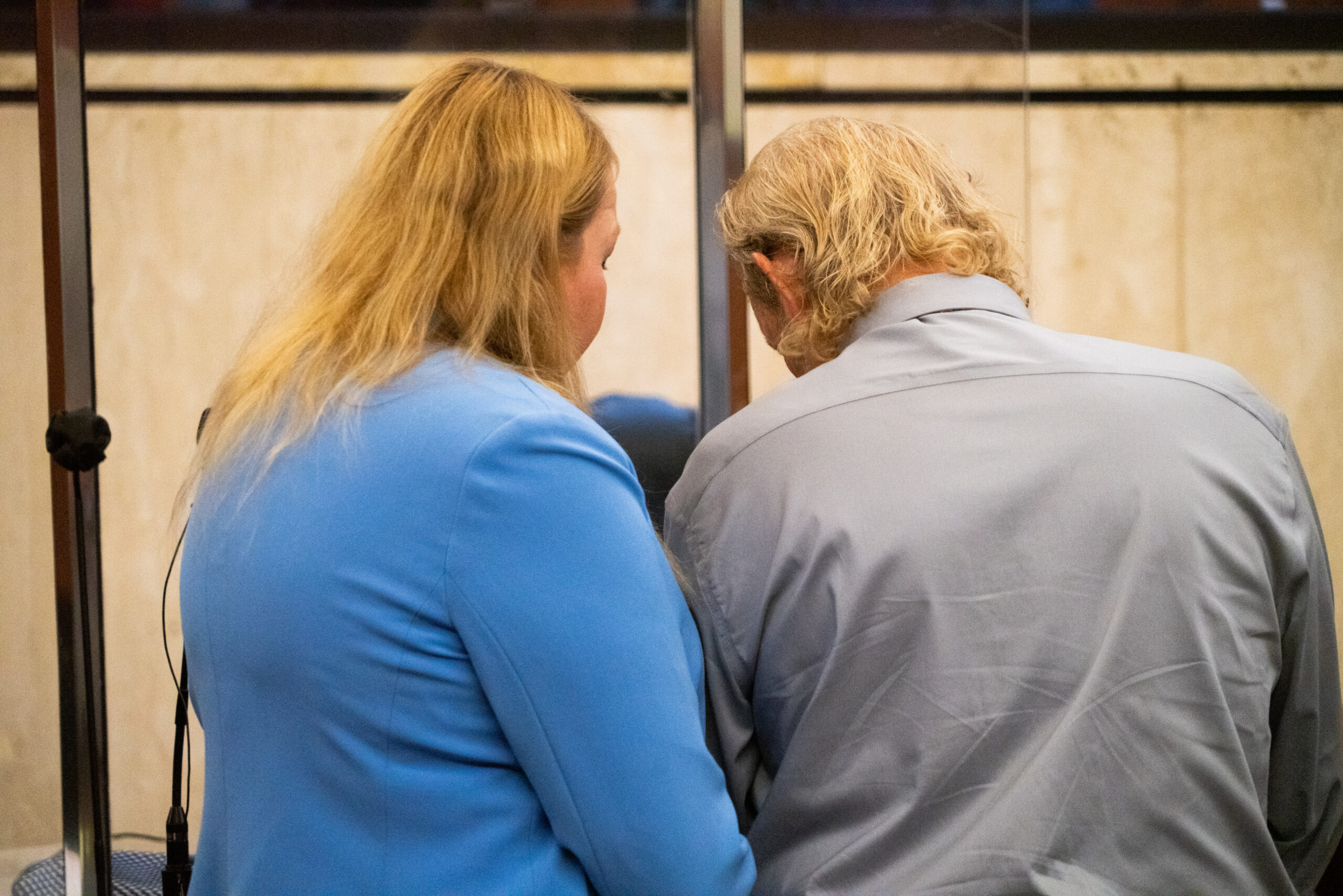 The man at the center of the ‘Murdaugh Murders’ crime and corruption saga for the past week has not been disbarred attorney/ accused killer Alex Murdaugh. Instead, it has been his alleged drug dealer/ check casher, Curtis “Eddie” Smith. The 62-year-old Walterboro, South Carolina native was thrust back into the limelight last Friday when Murdaugh’s defense attorneys implicated him in connection with the double homicide at the center of this still-unspooling drama.

Their bombshell filing six days ago – which alleged that Smith failed a polygraph examination administered by agents of the S.C. State Law Enforcement Division (SLED) last May – turned this case on its ear. And a flurry of subsequent filings from Murdaugh’s lawyers – state senator Dick Harpootlian and Columbia, S.C. attorney Jim Griffin – pushed the narrative that prosecutors were grasping at straws in their bid to pin the killings on their client.

Murdaugh has pleaded not guilty to those charges. He is scheduled to stand trial beginning on January 23, 2023 in Walterboro, S.C.


On Thursday in Florence County, S.C., Murdaugh’s lawyers continued their efforts to implicate Smith in the killings. In fact, at the end of the 105-minute hearing before S.C. circuit court judge Clifton Newman, Harpootlian threw some additional chum in the water as it pertained to the man who previously called Murdaugh a “brother” and “one of my best friends.”

Specifically, Harpootlian claimed a September 2021 interview of Smith conducted by SLED agents indicated “some knowledge of guilt on his part as to the murders.”

That interview was conducted in the immediate aftermath of a bizarre roadside shooting incident last Labor Day in which Murdaugh allegedly hired Smith to kill him so his surviving son, Buster Murdaugh, could collect on a $10 million life insurance policy.

The shooting was originally portrayed by Murdaugh’s attorneys as a random attack on the 54-year-old attorney – a story which quickly imploded.

Harpootlian declined to elaborate on this comment about the September 2021 interview during a brief exchange with this reporter following the hearing.

Shortly after speaking with Harpootlian, I interviewed Smith’s attorney – Aimee Zmroczek of Columbia, S.C. – about the extent to which her client has become a focal point in this saga of late.

“I thought it was highly improper,” she told me, adding that the “whole purpose” of the filing was to try and deflect attention away from Murdaugh and onto Smith.

“Absolutely (that was the purpose),” Zmroczek said, blasting Harpootlian and Griffin for violating a protective order in the case which she insisted put “inadmissible, improper evidence” into the public eye.

Zmroczek (above) described Smith as “someone who has continued to be used by Alex.”

As for the polygraph exam, she concurred with the assessment of prosecutors in the office of S.C. attorney general Alan Wilson – who disputed the inference made by Murdaugh’s legal team that a visible spike seen in a photo (.jpg) taken from the exam was indicative of a “deceptive response.”

“The pictures of the polygraph (Murdaugh) put in his motion, while they may make for interesting content, simply do not mean what the defense tries to convince the reader they mean,”  lead prosecutor Creighton Waters wrote in a reply motion. “The highlighted view of the screen appears to be a movement spike, not an answer.”

“First of all, that wasn’t even a proper representation of the evidence,” she said, referring to the polygraph photo. “That’s not what that spike meant.”

Zmroczek also called Harpootlian and Griffin out for relying on polygraph examinations – which are inadmissible in court due to their notorious unreliability.

“It’s a junk science,” she told me. “And if they aren’t junk science – then have his client take one.”


I asked Zmroczek point blank whether Smith had any involvement in the June 7, 2021 murders of Maggie and Paul Murdaugh.

“Absolutely he did not have anything to do with it,” she told me.

Not only that, Zmroczek said she hoped prosecutors would test Smith’s DNA and compare it with evidence collected at the Moselle crime scene.

“We welcome any DNA testing,” she said. “(Smith) voluntarily gave his DNA over a year ago. They’ve had his DNA and they can test it … it can only help our case.”

Smith – known as “Cousin Eddie” has been incarcerated at the Lexington County detention center for the past two months after judge Newman revoked his bond on multiple prior charges.

For starters, he has been accused of cashing more than 400 checks totaling at least $2.4 million at Murdaugh’s behest. He is also facing fraud and weapons charges after allegedly shooting Murdaugh in the head during a bizarre staged suicide last Labor Day.

That incident propelled Smith onto the national stage – attention which only escalated after it became clear he was a key cog in the alleged financial crimes Murdaugh stands accused of committing against a host of victims.

In the roadside shooting case, Smith is charged with assisted suicide, assault and battery of a high aggravated nature, pointing and presenting a firearm, conspiracy and presenting a false claim for insurance payment of more than $10,000.