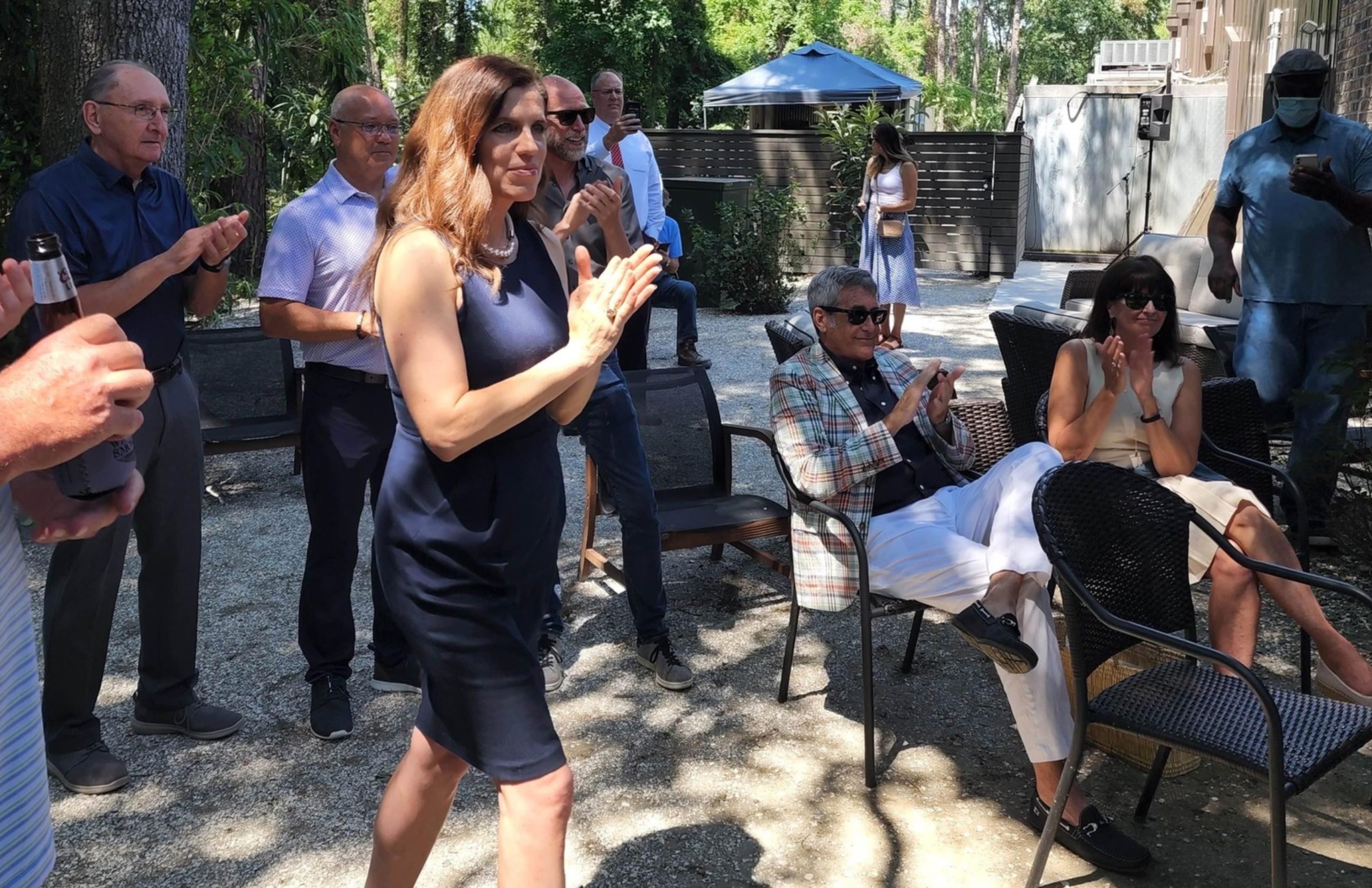 Despite facing the full fury of the MAGA movement, Mace vanquished former state representative Katie Arrington in a bitter proxy war in the Palmetto State Lowcountry – dealing her former “First in the South” employer a decisive blow in his

Trump claimed a victory up the coast in the seventh congressional district, but the Mace race was personal for him …

The Associated Press called the election for Mace at approximately 11:20 p.m. EDT on Tuesday evening.

In a message posted to his Truth Social page, Trump did his best to spin the results – while at the same time extending an olive branch to Mace ahead of her general election battle against Democratic nominee Annie Andrews.

“Katie Arrington was a long shot but ran a great race and way over-performed,” Trump wrote. “Congrats to Nancy Mace, who should easily be able to defeat her Democratic opponent!”

Mace’s win is a huge (yuge?) victory for her – but it’s also a coup for former United Nations ambassador Nikki Haley, who backed the incumbent just prior to Trump endorsing Arrington. Haley raised big bucks for Mace’s campaign and appeared in television ads on her behalf. She also barnstormed the district with her in the final 48 hours of the election.

“It’s a great day in South Carolina!” Haley said, reprising the catchphrase she used during her six years as governor of the Palmetto State from 2011-2017 . ”The Lowcountry came out big for our congresswoman, Nancy Mace. Nancy has fought for us, now we need to continue to fight for her. Let’s unite, defend the First, and keep this seat red this November.”

In addition to picking the winner in the first district, Haley was smart enough not to get involved in the seventh congressional district – where Trump-backed challenger Russell Fry vanquished incumbent Tom Rice by a much wider margin than expected.

Rice was one of the ten GOP lawmakers who voted to impeach Trump last January for the latter’s alleged role in inciting the rioting at the U.S. Capitol building. He – and his wife – doubled down on that vote, too.

Mace did not vote to impeach Trump, but she (and Haley) slammed him in no uncertain terms in its aftermath.

“Everything that he’s worked for … all of that – his entire legacy – was wiped out yesterday,” Mace said the day after the violence.

Haley took it even further, saying Trump had “lost any sort of political viability he was going to have.”

“She’s a terrible person and she has no idea what she’s doing,” Trump said, referring to Mace and Rice as “grandstanding losers.”

As for Arrington, she won the primary for this seat in 2018 over former South Carolina governor Mark Sanford – but lost to Democrat Joe Cunningham in the general election. She conceded the election to Mace and vowed to work with her to defeat Andrews in the fall – although Arrington did call Mace a “liar” and demanded she apologize to her over claims made during the campaign about Arrington’s work at the U.S. Department of Defense (DOD).