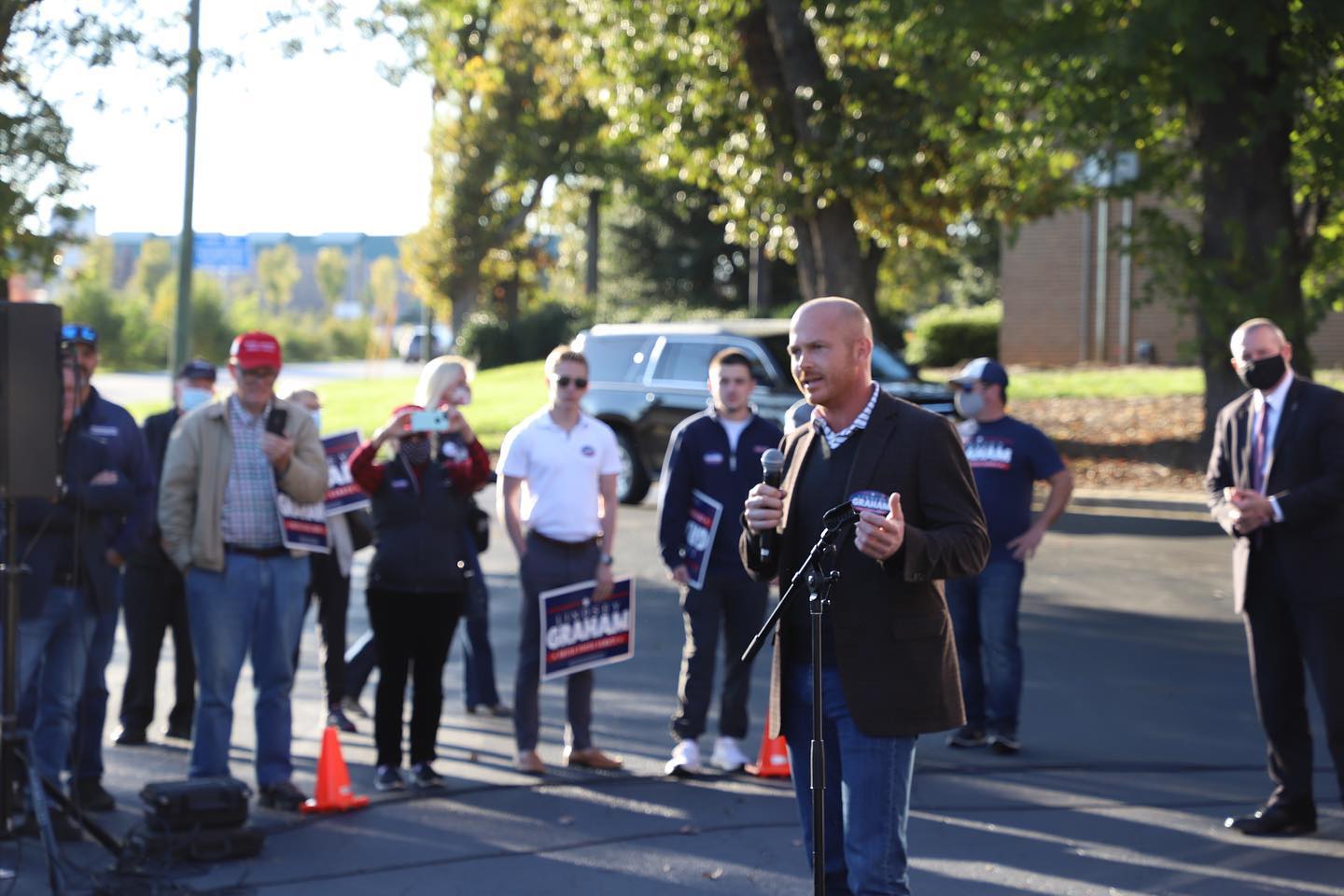 The big news in South Carolina politics last week was the dramatic escalation of the William Timmons’ affair – a congressional sex scandal no one saw coming (and which this news outlet had no intention of covering prior to his office publicly addressing it).

I dove into the Timmons’ scandal in detail in the latest edition of our popular ‘Week in Review’ program – breaking down its odd inception and raucous ramp-up – the latter of which was courtesy of Ron Rallis, the estranged husband of Timmons’ alleged mistress, Paula Dhier.

Rallis is out for blood … hurling invective at both Dhier (above) and Timmons for their alleged tryst.

Yeah … and you thought you knew where this story was going.

To be clear: It is not my intention to spelunk down into a new rabbit hole of salaciousness related to this case at the moment. It sounds as though there will be plenty of time (and material) for that later.

The purpose of today’s article is to assess the political fallout for Timmons – who won his party’s nomination for a third term in Washington, D.C. last month in decidedly underwhelming fashion against a trio of comparatively unknown challengers. Even with the endorsement of former U.S. president Donald Trump, Timmons barely managed to avoid a runoff in his primary race – drawing an uninspiring 52.69 percent of the vote.


As I noted on our ‘Week in Review’ segment, the fourth congressional district is the very last one of South Carolina’s seven seats where you would want to engage in a high-profile extramarital affair. Staunchly socially conservative, this district is loaded to the gills with evangelical voters – many of whom would absolutely judge a ‘family values’ conservative for stepping out on their spouse.

Also worth noting? The splintered GOP activist community in Greenville County – which is rife with division on a host of other issues – appears to be united in its desire to see Timmons driven from office as a result of his alleged dalliance(s).

“(Rallis) isn’t backing down,” one MAGA leader told me, referring to the outspoken scorned husband. “And neither are we.”

Both factions of the Greenville GOP featured powerful women in key positions, too, which could conceivably factor into the political fallout for Timmons moving forward. After all, the congressman’s estranged wife – Sarah Timmons – is a tremendously popular figure in Upstate Republican women’s circles.

“There’s lots of loyalty to Sarah,” one member of the influential Greenville County Republican Women’s Club told me over the weekend. “And zero loyalty for him.”

Another key factor to consider? This scandal is not happening in a vacuum … there is a potential heir apparent in the mix.

Upstate businessman John Warren – who absolutely crushed it in Greenville during his gubernatorial campaign four years ago – is being floated as a potential replacement for Timmons by numerous party activists. Warren’s name was bandied about at a Thursday evening meeting of the Greenville Young Republicans, another group which appears ready to move on from Timmons.

“If the seat opens up, John would seriously consider running,” a source close to Warren told me over the weekend. “Serving in Washington has never been a desire of his, but given the circumstances, he would consider serving.”

Warren (below) would only campaign in the event Timmons gave up the seat, though, I am told. Sources familiar with his thinking say he would not wait until 2024 to run in an open primary election – at which point he would conceivably be running against the incumbent.

“John would only run if it is a special election,” one of his confidantes told me.

So far, Timmons has managed to keep his scandal – and the fallout from it – out of the mainstream media in the Upstate. Neither The Greenville News nor any of the area’s three television stations have covered the saga – and it has also failed to break on local talk radio (so far).

That could change soon, though, as several GOP groups are reportedly making plans to become more vocal about their dissatisfaction with the incumbent congressman – which could force the mainstream press to cover the story.

Timmons, 38, is part of one of South Carolina’s wealthiest, most influential families. His great-grandfather – William R. Timmons Sr. – built an empire in the Upstate beginning in the mid-1920s, focusing on the real estate, trucking and insurance industries. The family – which helped establish and maintain Greenville’s civic and philanthropic communities – is reportedly worth hundreds of millions of dollars.

Timmons was elected to the South Carolina Senate in November 2016 – ousting longtime incumbent Mike Fair. He served half a term in the chamber prior to announcing his bid to replace Trey Gowdy as congressman for the fourth congressional district.

Timmons finished second in a thirteen-candidate field for this seat in 2018. He then vanquished the first-place finisher in the race, state senator Lee Bright, in a runoff election on June 28, 2018. His tenure in Washington, D.C. has not been without controversy, though, which is one reason he limped to such an unimpressive victory last month.

Timmons and his wife were married three years ago on the Robert J. Dole balcony of the U.S. Capitol with U.S. senator Tim Scott officiating at their ceremony.