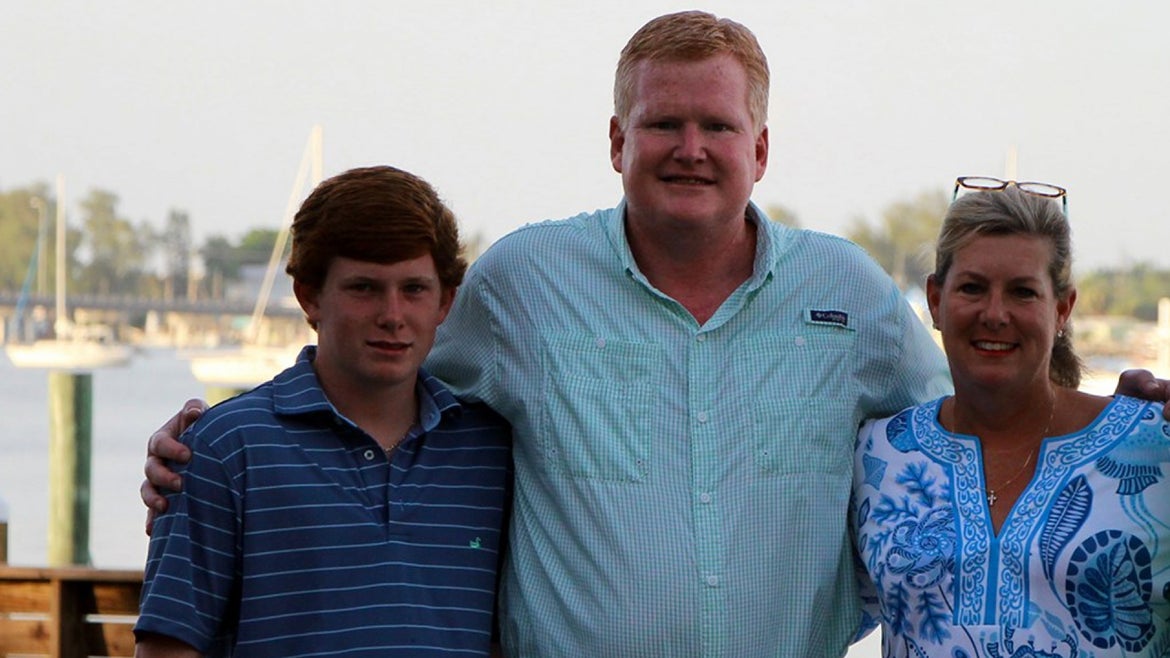 By MANDY MATNEY, LIZ FARRELL and WILL FOLKS

A shirt worn by Alex Murdaugh on the night his wife and son were murdered was found to have a significant amount of high-velocity impact spatter on it from at least one of their bodies, sources familiar with the investigation recently told FITSNews.

The presence of this forensic evidence on his clothing “could have only come from one thing,” according to sources close to the investigation.

Specifically, the spatter indicates that Murdaugh was physically close to one or more of his family members when they were shot.


This new information appears to directly contradict the claim from the Murdaugh camp that he had an “ironclad alibi” on the evening of June 7, 2021, when he told investigators he had been with his ailing father all night and arrived home to find both Maggie and Paul Murdaugh shot to death.

FITSNews first reported on this physical evidence in January. Since then, multiple sources have told this news outlet that the high-velocity impact spatter has been independently analyzed and confirmed by multiple forensic experts — including by at least one out-of-state laboratory.

Murdaugh remains the only publicly named person of interest in the double homicide.

Officials at South Carolina Law Enforcement Division (SLED) and the South Carolina Attorney General’s Office appear to be closer to filing charges in the homicides — which are now just a single component of one of the largest and most complex criminal and corruption investigations in Palmetto State history.

Sources tell FITSNews that the high-velocity impact spatter is not the only evidence placing Murdaugh at the scene.

But its analysis could, in part, explain why the investigation has continued for more than 10 months without arrest.

This evidence is separate from what we’ve already reported on the guns — multiple sources told FITSNews at least one of the weapons used in the double homicide belonged to the Murdaugh family.

What we know about the night of the murders …

“I can assure you that we have Alex’s whereabouts accounted for completely at that time,” Murdaugh’s attorney Jim Griffin told Fox Carolina in October 2021. “That night? He’s sitting on the bedside of his mother at her house when the coroner says the murders happened … and watching a gameshow on television.”

“I been up to it now — it’s bad,” he told Colleton county dispatcher Angel Fraser, referring to the crime scene.

During the call, Murdaugh told the dispatcher that he was not at Moselle at the time of the double homicide.

Asked whether the victims were in a vehicle, Murdaugh responded “No ma’am, they’re on the ground, out at my kennels.”

“Okay, did you hear anything? Or did you come home and find them?” she asked.

“No ma’am, I’ve been gone,” Murdaugh responded, beginning to sob. “I just came back.”

“OK and was anyone else supposed to be at your house?” Fraser asked.

“Not really,” he replied.

At one point in the call, Fraser asks Murdaugh not to touch the bodies of his family members.

Murdaugh was quick to tell the dispatcher that he had already touched Paul and Maggie’s bodies.

“I already touched them trying to get a … um … trying to see if they were breathing,” Murdaugh responded.

Was Alex Murdaugh trying to establish a reasonable explanation for the blood on his clothes?

What the presence of spatter can mean …

Patterns in bloodstains and other bodily fluid can help investigators determine what occurred during a violent death — particularly as it relates to the positioning of the victim and the suspect.

For example, in the March 3, 2008, disappearance of Liz and John Calvert on Hilton Head Island, bloodstain analysis was used to determine the circumstances surrounding the death of the couple’s business manager, Dennis Gerwing — the only person of interest in the case.

Gerwing’s body was found in a locked bathroom eight days after the Calverts’ disappearance. He had died of multiple self-inflicted wounds caused by a serrated kitchen knife.

Many people following this unsolved case have continued to question whether Gerwing actually took his own life or was murdered in an effort to silence him.

Based on blood patterns on the floor and walls of the bathroom, investigators were able to determine that no one else could have been present in the bathroom at the time Gerwing’s wounds were sustained.

In the case of the Murdaughs, sources close to the investigation tell FITSNews that Maggie Murdaugh was shot multiple times with a high-powered rifle. One of the bullets reportedly went through her back and the other allegedly went through the back of her head as she was lying on the ground facedown.

This is the first time multiple sources have confirmed details about Maggie Murdaugh’s wounds.

According to his death certificate, Paul Murdaugh was killed by two shotgun wounds — one to the chest and the other to the head.

The gunshot wounds to both Maggie’s and Paul’s heads could be a reason sources told FITSNews on June 8, 2021, that the two were killed “execution style.”

High-velocity impact spatter is usually associated with gunshots, which can result in a spray of tiny “mistlike” droplets.

In certain circumstances it can be difficult for bloodstain analysts to determine whether the droplets of fluid were from the shooting itself or were expirated by the victim because both can have a mist-like appearance.

Murdaugh’s clothes that night were stained with blood, which is consistent with his account of touching the bodies. But it is the high-velocity impact spatter on his shirt that places him at the scene and in proximity to one or both of the victims at the time of their shooting deaths.

What this means to the investigation will remain unclear until charges are filed against the person or persons determined to be responsible for killing Maggie and Paul Murdaugh.