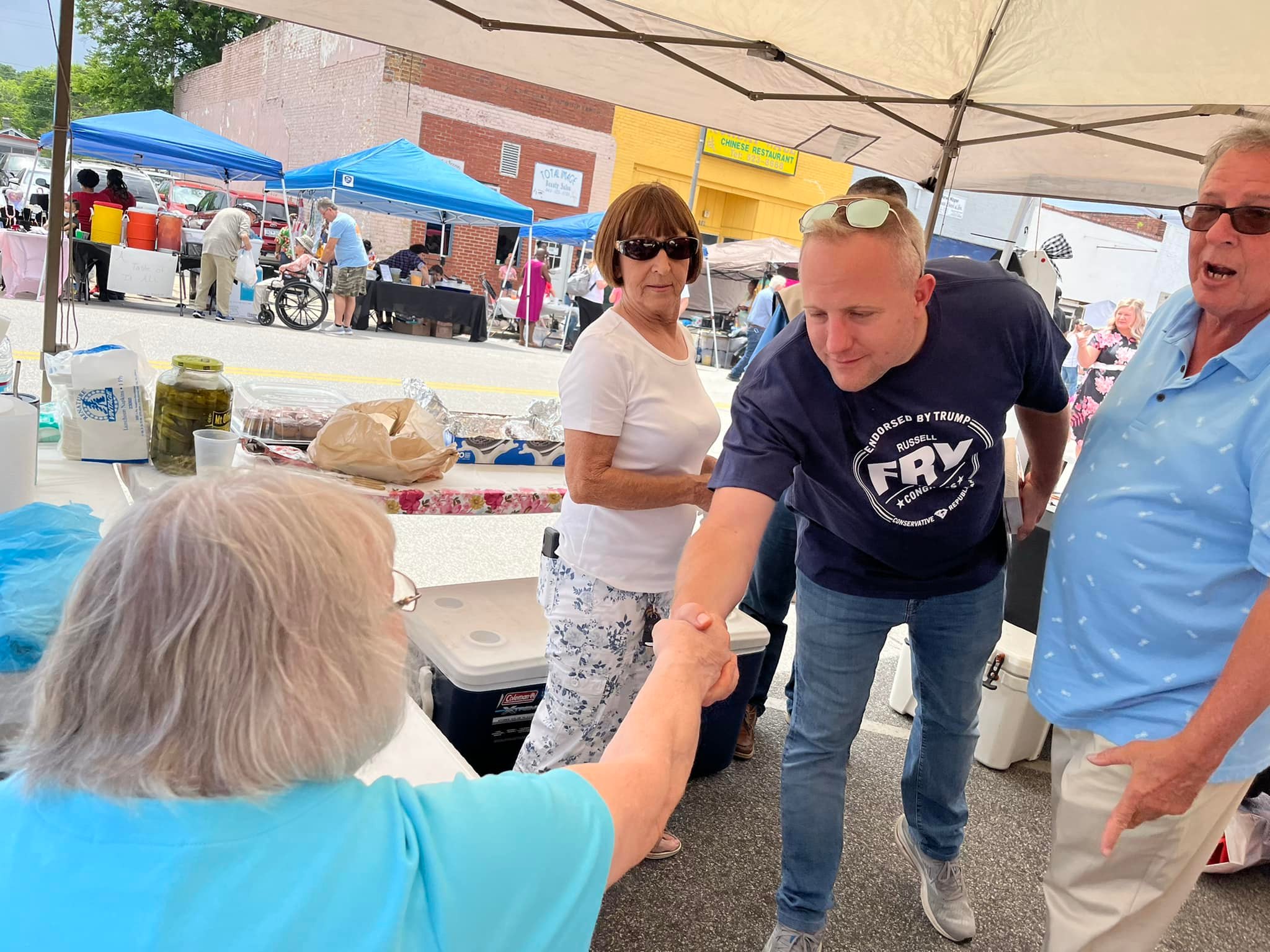 Incumbent U.S. congressman Tom Rice is unlikely to retain his seat in the U.S. Congress after this year. And among the candidates vying to replace him, S.C. House “majority” leader Russell Fry is most likely to defeat him.

Rice was one of the ten GOP lawmakers who voted to impeach former president Donald Trump  last January for his alleged role in inciting the January 6, 2021 rioting at the U.S. Capitol building – a decision he (and his wife) have doubled down on.

Meanwhile, Trump has endorsed Fry – and attended a rally in the Palmetto State’s seventh congressional district on his behalf.

I have refrained from criticizing Rice for his vote. As I have often said, I don’t agree with it – but I wasn’t there. Rice’s problem? Voters in the seventh district – which includes the Grand Strand tourist mecca surrounding Myrtle Beach as well as broad swaths of the impoverished Pee Dee region of the state – backed Trump with 58 percent of the vote in 2016 and 58.8 percent in 2020.

Fry has struggled to rally conservatives to his banner, but thanks to Trump’s endorsement he has the resources to get his name out to voters – something he is doing reasonably well.

Conventional wisdom holds that Rice and Fry will be the top two vote-getters in the GOP primary election scheduled for June 14, 2022. Assuming that happens, the two candidates would face off in a head-to-head matchup two weeks later to determine who will be the “Republican” nominee for this seat (in South Carolina primary elections, if no candidate captures a majority of votes on the first ballot then the top two vote-getters advance to a runoff election two weeks later).

Rice – a longtime establishment “Republican” – has been aggressive in his bid to hold on to this seat. Earlier this month, he uncorked a new television ad lambasting the state legislative leader for his poor attendance record in the S.C. House of Representatives.

The ad drew specific attention to Fry’s absence on the day his colleagues voted for a modest individual income tax cut – and to his presence in the chamber on the day the House passed a massive gas tax five years ago.

Fry was among the “Republicans” who voted for the gas tax, incidentally …

Here is the spot:

“There are no excused absences in Congress.” Rice said in a statement accompanying the ad. “My opponents want a full time job that requires you to make sacrifices. Russell Fry missed the vote for the largest tax cut in South Carolina history because he decided a trip to Florida was more important. The irony is, he managed to be present the day he voted to raise our gas taxes. I take my job serving the seventh district seriously and will always put the best interests of my constituents first.”

Fry’s response to the ad has been to call Rice a liar – and to hold up a sheet of paper from embattled S.C. House clerk Charles Reid showing he has only missed six days during the seven years he has been in Columbia, S.C.

“Tom Rice is once again proving that he can’t be trusted,” Fry wrote on Facebook. “Tom is distorting my voting record and lying to his constituents. I have over a 98 percent attendance record in the State House, where I have championed America First policies, including voting for South Carolina’s largest tax cut.”

The problem with Fry’s response? As I noted in this post, he did in fact miss the tax cut vote earlier this year to attend a “Maga-Palooza” gathering at the prestigious Mar-a-Lago Club in Palm Beach, Florida. The following day, he held up a ceremonial reading of this bill (H. 4880) prior it being sent to the S.C. Senate – all so he could be seen as casting a vote on the measure.

“He literally wasted taxpayer time so he could be seen as ‘voting’ on a piece of legislation he failed to support when it actually mattered,” I noted.

All for an anemic tax cut, too …

Is Fry playing similarly fast and loose with his broader voting record? Yes …

According to legislative records, he has missed a whopping 640 votes during his seven years in Columbia – or one out of every seven recorded votes.

“This means he’s basically been absent for one year of his career,” one Rice supporter told me.

Indeed. Fry’s voting record raises another important question: If he was present 98 percent of the time, why did he miss more than 15 percent of his votes? That’s a question seventh district voters deserve to have answered before they cast their votes next month.

Instead of answering the question, though, Fry just called Rice a “liar.”

When he shows up to vote, anyway …