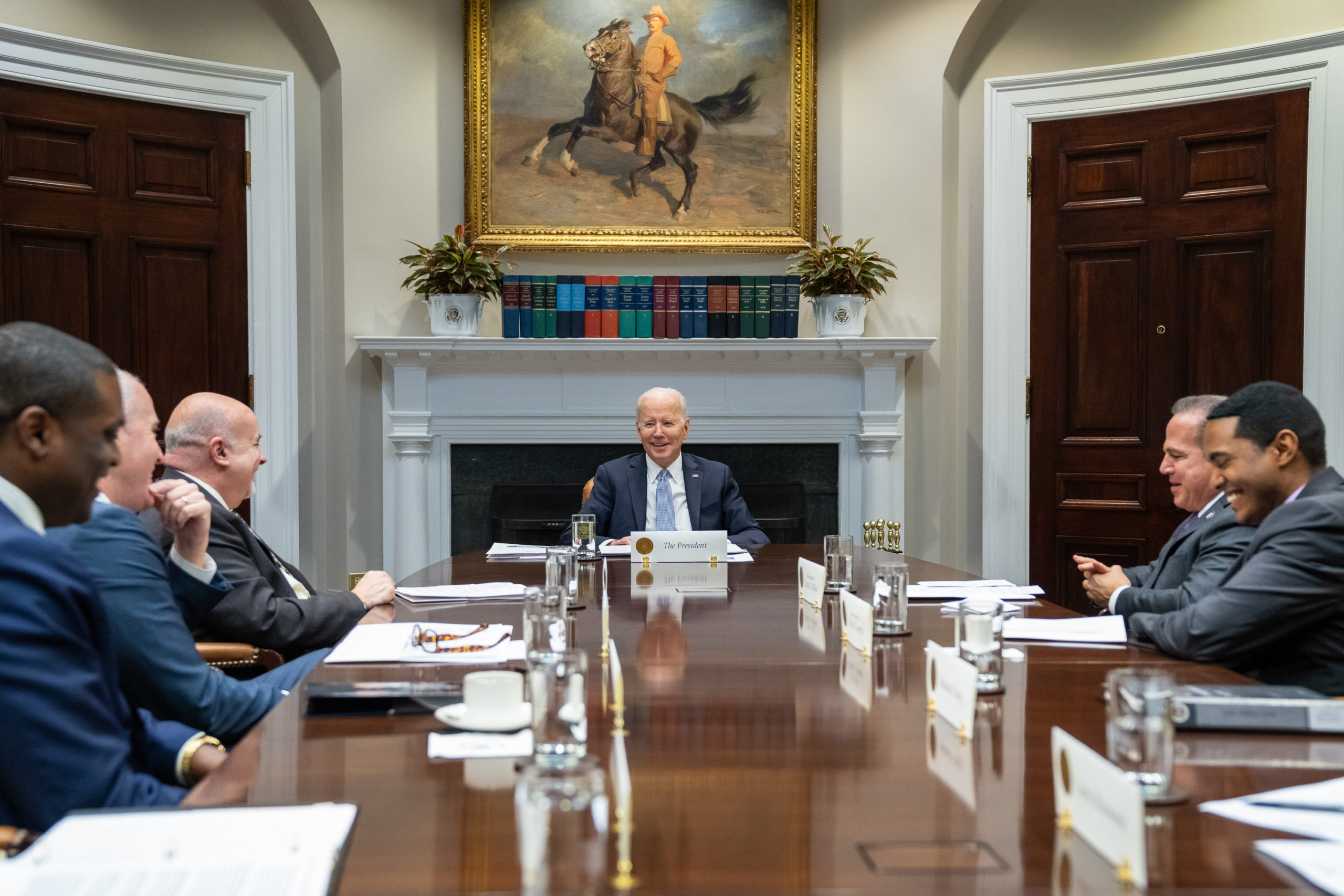 Inflation was supposed to have eased up during the month of April, according to Wall Street estimates. Unfortunately for U.S. president Joe Biden – and congressional Democrats running for reelection this year – that didn’t happen.

According to the latest data from the U.S. Bureau of Labor Statistics (BLS), inflation remained at significantly elevated levels – just off of the forty-year high recorded last month. Also, wages – or at least real average weekly earnings – declined for the thirteenth consecutive month. In other words, since February of 2021 – Biden’s first full month in office – the cost of living grew faster than people’s ability to pay for it.

The consumer price index (CPI) – a measure of the average increase in prices paid by urban consumers for consumer goods and services – climbed by 0.3 percent last month and is now up 8.3 percent from where it was a year ago. While that was modestly better than March’s 8.5 percent reading, it was higher than the 8.1 percent expected by Wall Street.

Meanwhile, core inflation – which removes volatile food and energy prices from the mix – rose by 6.2 percent on a year-over-year basis. That was just off the 6.5 percent recorded in March but higher than the 6 percent expected by Wall Street.

“I want every American to know that I’m taking inflation very seriously and it’s my top domestic priority,” he said.

Unfortunately, all Biden could do in his remarks was blame the problem on Covid-19, the Russian invasion of Ukraine and the “Republican” party – which is out of power at the moment.

Again … Democrats control the White House, the U.S. House and the U.S. Senate.

Biden also neglected to mention the impact of rampant federal spending increases on inflation – which is something I called out before the latest price spike.


As I have often noted, inflation is not necessarily a bad thing. Higher incomes have to be created from someplace … and if the price of goods and services remains stagnant, then the paychecks of the workers producing those goods and providing those services is likely to remain stagnant as well.

Generally speaking, the optimum rate of inflation is around two percent annually.

Under former president Donald Trump, CPI hit its targets in 2017 (2.1 percent) and 2018 (2.4 percent) but dipped just below the target rate in 2019 (1.8 percent). In 2020, inflation registered just 1.2 percent thanks in large part to the Covid-19 shutdown. Under Biden and congressional Democrats, inflation is more than four times its optimum level.

Still, all the current president appears capable of doing is blaming the minority party …

“Congressional Republicans talk about inflation, but their only plan is to raise taxes on working families, taking even more money out of their pockets,” Biden said in a statement accompanying the release of the latest numbers. “If they are serious about inflation, they should send me the bipartisan innovation bill to bolster our supply chains and make more in America, along with legislation that cuts costs and the cuts the deficit, reducing families’ prescription drug and utility bills and restoring fairness to our tax code.”

Once again … Biden and his party are in charge. It is not up to the minority party to send him legislation, it is up to his party to govern.