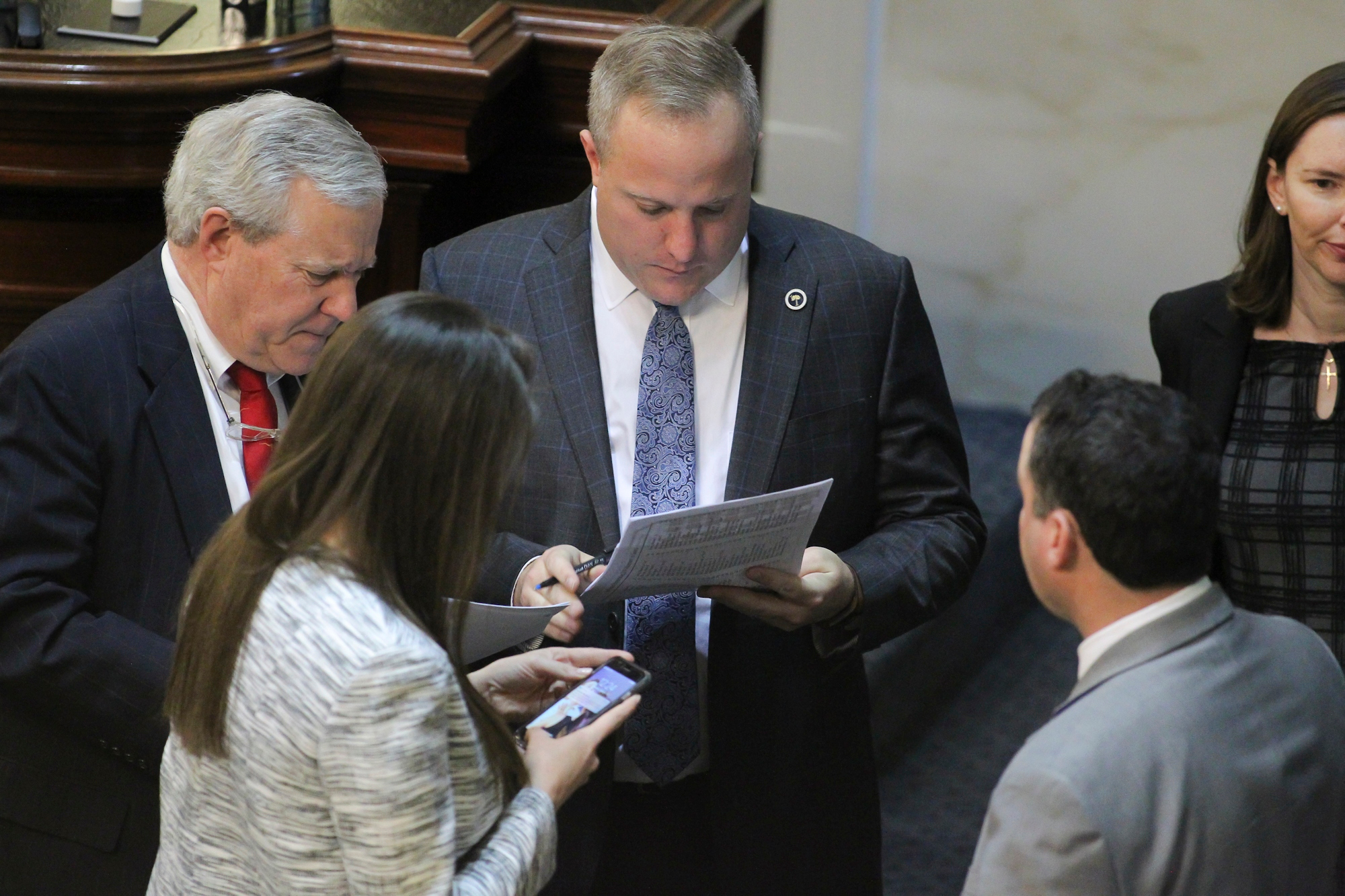 There were (finally) some fireworks in the South Carolina seventh congressional district primary this week when the campaign of incumbent U.S. congressman Tom Rice slammed his top challenger – state representative Russell Fry – over Fry’s decision to bail on a tax cut vote held in the S.C. House of Representatives.

So … where was the House “Republican” floor leader when his colleagues were approving an estimated $600 million in long-overdue income tax relief? As this news outlet exclusively reported, he was attending a “Maga-Palooza” gathering at the prestigious Mar-a-Lago Club owned by former U.S. president Donald Trump.

Trump has previously endorsed Fry in his bid against Rice – a fifth-term incumbent who was one of the ten GOP lawmakers who voted to impeach the 45th president following the January 6, 2021 rioting at the U.S. Capitol.

“The South Carolina House passed the largest tax cut in our state’s history,” Rice tweeted. “It’s too bad that Russell Fry missed the vote because it was more important for him to be at Mar-a-Lago kissing the ring. It’s funny he always made time to be there to vote on the tax increases.”

Fry did not take kindly to Rice’s rebuke … in fact he posted a reply on Thursday (the day after the vote) claiming he did vote in favor of the tax cut.

“For the record, I’m here at the S.C. State House and voted for passage of the tax cut bill,” Fry tweeted.

So who is correct? Rice or Fry?

The answer to that question lies in the parliamentary procedure of the S.C. General Assembly – namely the process by which bills become law in the Palmetto State. Putting my Schoolhouse Rock! hat on for a moment, I will try to explain …

For a bill to clear either chamber of the state legislature it must first be “read” across the desk of that chamber three times. The first time this happens – a.k.a. “first reading” – the process is automatic. All bills introduced in either chamber get read across the desk once, at which point they are referred by the leader of the chamber (either the speaker of the House or the president of the Senate) to the appropriate committee for future debate.

There is no vote, no discussion … nothing. Again, it’s automatic.

The next reading is where the action is …

If a bill manages to make it through the committee process and get approved by a majority vote of the members of one chamber or another, then the bill is read across the desk for a second time.

This is called “second reading,” and it is the only vote that matters. In fact, when you read a news article or watch a news report about lawmakers “passing” a certain bill – or defeating a certain bill – this is the vote to which the reporters are referring. “Second reading” of a bill often comes after vigorous debate – including debate on various amendments to the legislation.

In almost every case, “second reading” is the only time members of one chamber or the other cast a recorded vote on the passage of a bill.

And that is the vote Fry missed earlier this week on H. 4880, the House’s tax cut bill …

So yeah, Rice is right … when the House voted to approve a $600 million tax cut, Russell Fry was not there.

Why not? Because the issue has already been decided.

On Thursday, for example, there were seven pieces of legislation which were read for a third time in the S.C. House of Representatives and sent across the lobby of the State House the S.C. Senate. Six of these bills went through the normal perfunctory process of being read across the desk without interruption.

One of them was held up, though …


When the House tax cut bill came up for its ceremonial third reading, Fry asked to be recognized and “demanded the yeas and nays” be taken on the bill. In other words, Fry used a parliamentary gimmick to delay the procedural passage of this legislation from one chamber to the other – all because he was taking political heat for his failure to show up and vote on the bill the previous day.

That’s right: Fry literally wasted taxpayer time so he could be seen as “voting” on a piece of legislation he failed to support when it actually mattered.

Now … does this bill actually matter?

Not really. Like the impotent tax cut proposed by “Republican” governor Henry McMaster earlier this year, the similarly modest tax cut approved by the S.C. House would be totally ineffectual at enhancing South Carolina’s economic competitiveness. Our neighboring states are slashing taxes, people … meanwhile “Republicans” like Fry are doing the bare minimum.

Well … except Fry didn’t bother to show up to do the bare minimum, did he?

To be clear: This rebuke of Fry is not necessarily a commentary on the seventh district congressional election. I have no use for Tom Rice. At all. I don’t care about his decision to impeach Trump, but the bottom line is he’s been a terrible vote in the U.S. Congress over the past nine years on the freedom and free market issues that matter to me.

The only thing he has stood up for? A totally unnecessary transportation boondoggle (the proposed southern terminus of Interstate 73).

Would Fry (who also supports the Interstate 73 boondoggle) be any better, though? Probably not.

Assuming he bothers to show up for the job …