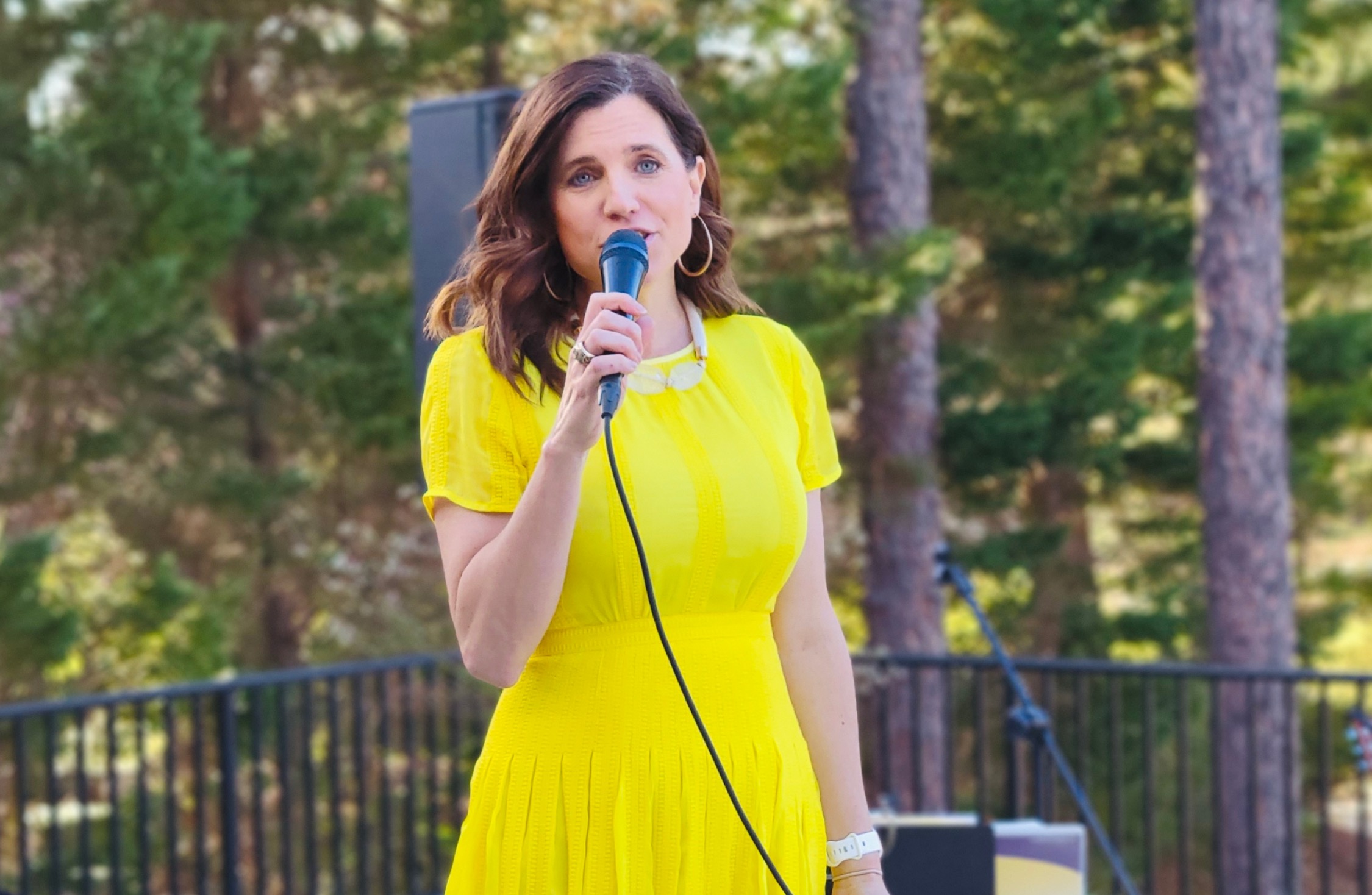 South Carolina congresswoman Nancy Mace is a leading proponent of marijuana legalization at both the federal and state level. In the U.S. Congress, Mace is the lead sponsor of H.R. 5977, the “States Reform Act.” This bill would remove cannabis from the federal government’s listed of Schedule I substances “in a manner consistent with the rights of states to determine what level of cannabis reform each state already has, or not.”

For those of you unhip to the term, Schedule I drugs are classified by the federal government as having “no currently accepted medical use and a high potential for abuse.”

Opponents of legalization have used this classification to restrict medical marijuana laws across the country, albeit with decreasing success.

“Washington needs to provide a framework which allows states to make their own decisions on cannabis moving forward,” Mace said upon filing her bill last November. “This bill does that.”

At the state level, Mace has been a staunch supporter of S. 150 – dubbed the “Compassionate Care Act” by its supporters. This bill – sponsored by S.C. senator Tom Davis of Beaufort, S.C. – would create a heavily regulated medical marijuana program in the Palmetto State, one in which pharmacists would oversee the distribution of cannabis to select patients based upon the recommendation of their physician.

Davis’ bill cleared the S.C. Senate in early February but has been stalled in the S.C. House for nearly two months. The bill was finally approved by a Democratic-controlled medical, military, public and municipal affairs (3M) subcommittee last week – and will be heard before the full 3M committee today (Monday, April 4, 2022).

Mace has been a consistent backer of Davis’ bill.


“This bill is an important first step in allowing patients with debilitating conditions like Crohn’s, PTSD, sickle cell anemia, cancer and chronic pain to legally receive cannabis for medical purposes,” she wrote in a guest column for The (Columbia, S.C.) State newspaper back in January. “Davis’ bill strikes all the right notes in a responsible manner. The Compassionate Care Act would empower doctors to help treat patients by offering medicinal cannabis, while still prohibiting its recreational use.”

As for her own bill currently pending before the U.S. Congress, Mace has stressed its consistency with the principles of federalism. She has also argued it protects children by incentivizing states against marketing marijuana to minors, provides treatment options for veterans and discourages black market activity by keeping federal excise taxes low.

“The MORE Act forces a system on South Carolinians and other states they do not want,” Mace told me Monday. “By comparison, my bill removes the federal government from the equation and allows states to decide for themselves. In South Carolina, the state legislature is moving towards passage of the Compassionate Care Act, a bill to allow medical cannabis to treat those in dire need. This legislation would override that and use the heavy hand of the federal government to revoke sovereignty of our state.”

“Nancy Mace likes to talk a big game about getting things done, but when it came to legalizing marijuana, the issue that has been the hallmark of her political career, she flip-flopped on her position,” Arrington (above) said in a statement issued by her campaign. “I’m not sure if she is finally realizing this isn’t a priority for the people of the Lowcountry, or if she is just trying to ride the political winds of her nonexistent base during an election year, but either way, we cannot afford another term of her self-serving leadership.”

Arrington and Mace have been engaged in an increasingly testy primary race – which comes as no surprise to those who know both women and their history with each other. At one point during their tenure together in the S.C. House of Representatives, Arrington and Mace nearly came to blows following a spat on the floor of the chamber – with colleagues stepping in to separate them.

More importantly, the two are engaged in a furious proxy war in the first district – with Arrington backed by former U.S. president Donald Trump (and his “America First” legions) and Mace supported by Nikki Haley and other establishment “Republicans.” Of course, as I have previously noted, Mace has several former Trump officials in her corner, too … so the rift isn’t quite that precise.

Still, this battle – like the race for the S.C. seventh congressional district seat – will test Trump’s power in an early-voting state he carried convincingly in the 2016 “First in the South” presidential primary.

Mace, ironically, was one of the leaders of Trump’s initial Palmetto State bid – although she fell out of favor with the former president following her criticism of him in the aftermath of the January 6, 2021 mob violence at the U.S. Capitol.