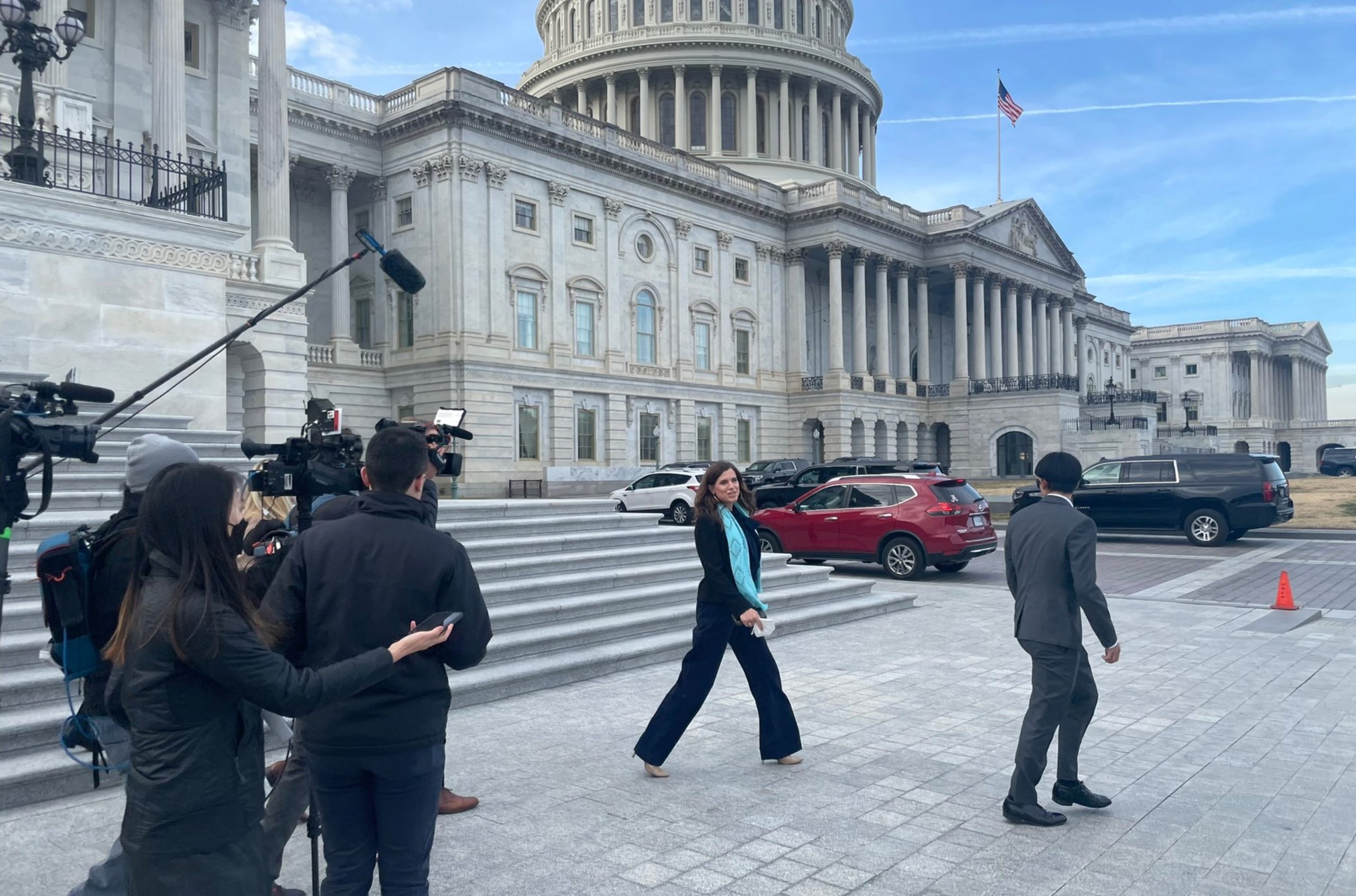 Former U.S. president Donald Trump is backing challenger Katie Arrington in the 2022 GOP primary for South Carolina’s super-competitive first congressional district – but his ex-chief-of-staff is throwing his weight behind the incumbent in the race.

“Congresswoman Nancy Mace is a proven fiscally conservative leader for South Carolina and the Lowcountry,” Mulvaney said in a statement issued by the Mace campaign. “Getting things done in Washington isn’t easy and it doesn’t have to be a nasty business – especially when members of Congress put their constituents’ needs before partisan politics. The fact Congresswoman Mace held over 1,000 meetings in the district in her first year in office shows how she is dedicating everything she has to the Lowcountry. Her voting record is exceptional when it comes to promoting smaller government and lower taxes. And refreshingly, actually she works overtime to get things done in Congress. I support her 100 percent.”


Mace welcomed Mulvaney’s backing, touting the “multiple roles” he served under Trump as well as the fact that he, like her, “defeated a Democrat incumbent” to gain his seat in Congress.

“Mick Mulvaney has served his country and our state with distinction and honor,” said Congresswoman Mace. “He is a proven fiscal conservative leader. He knows how difficult it is to flip a seat and then keep it. Mick understands putting your constituents first sometimes means bucking the party line and that principles matter. Mick has stood up time and time again to do the right thing, he’s a great example of what conservative leadership looks like in South Carolina.”

Mace has moved aggressively to counter the entry of Arrington into the 2022 GOP primary for this district – which has become one of the more competitive congressional seats in the nation over the last two election cycles.

She has also moved aggressively to counter the potential impact of Trump’s endorsement of her primary rival.

In addition to the Mulvaney endorsement, supporters of Mace are believed to have leaked positive polling data on her candidacy to a reporter with The (Columbia, S.C.) State newspaper over the weekend.

The reporter declined to reveal her source for the polling data – or provide any information about who conducted or paid for the survey – but sources familiar with the poll have told me it was paid for by a super political action committee (PAC) supporting Mace’s candidacy.


Trump has made defeating Mace his top priority in South Carolina, news of which was exclusively reported by this outlet last September (and which was confirmed in November when Mace appeared on his list of targeted incumbents).

The former president has wanted to see Mace defeated after she wrote him off following the mob violence at the U.S. Capitol on January 6, 2021.

Mace quickly backtracked on that rhetoric, but Trump was having none of it.

“Katie Arrington is running against an absolutely terrible candidate, congresswoman Nancy Mace, whose remarks and attitude have been devastating for her community, and not at all representative of the Republican Party to which she has been very disloyal,” Trump said earlier this month in endorsing Arrington.