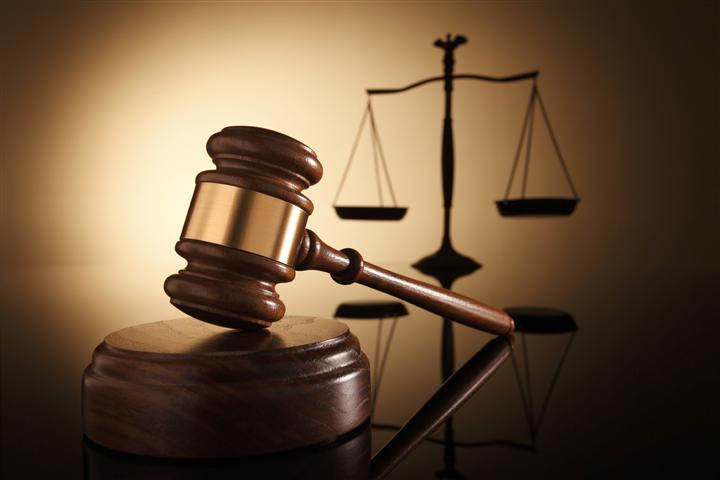 According to a letter posted in an online forum Thursday, the South Carolina Supreme Court’s Commission on Judicial Conduct was first asked to investigate allegations of misconduct against fourteenth circuit court judge Carmen Mullen at least three years ago.

The letter, dated Feb. 25, 2022, and signed by first judicial circuit solicitor David Pascoe, was posted by an unknown user named “TequilaRed1” to a Reddit board devoted to Murdaugh-related news.

Pascoe, who is perhaps best known for his prosecutorial work in public corruption, appears to have sent the letter to the Office of Disciplinary Counsel, which handles complaints against attorneys and judges.

It is not clear how the letter to these secretive disciplinary boards ended up on the website.


A quick recap on the Mullen situation: On Tuesday, FITSNews was first to report that sworn testimony from an alleged co-conspirator of disgraced Hampton County attorney Alex Murdaugh indicated that Mullen was allegedly told about — and allegedly agreed to — a plan to delay the required filing of documents in a $4.3 million wrongful death suit in which Murdaugh was the sole defendant.

The reason Mullen was allegedly given for the delay was the publicity surrounding a fatal boat crash involving Murdaugh’s son Paul more than two months earlier.

Shortly before this alleged incident, Mullen had recused herself from presiding over all matters related to the boat crash, ostensibly because of her relationship to the influential Murdaugh family.

But she apparently saw no such conflict of interest in approving the secret settlement.

In September 2021, it was discovered that Murdaugh was the alleged mastermind behind a scheme to steal the entirety of that $4.3 million settlement.

Murdaugh is the only person who has been charged with taking this money.

He faces 74 charges for this and other alleged crimes in which he is accused of stealing more than $8.4 million in settlement money from unsuspecting and trusting clients.

In his letter, Pascoe references a complaint he filed against Mullen in spring 2019, weeks prior to her “purported attempt to benefit a litigant in the Satterfield-Murdaugh matter.”

The complaint was dismissed by the SCCJC in September of that same year, according to the letter.

“The new allegations brought against Judge Mullen should not be a surprise to the Commission,” Pascoe writes in the letter.

On Friday, Pascoe declined to comment on his current complaint, as well as the 2019 complaint.

Though his letter does not offer explicit details of the allegations he made against Mullen nearly three years ago, it references “improper solicitation of ex parte communications,” “recording phone calls between parties without obtaining consent,” “undisclosed conflicts of interest,” “lack of professional competence” and “staff members posting critical comments about pending judicial matters on social media.

“These examples … establish an unremitting pattern of improper activity that merits close examination by the Commission.”

Three days before Pascoe filed his complaint in February, Chad Westendorf, who is vice president of Palmetto State Bank, sat for a deposition with lawyers from the Columbia-based law firm Bland Richter, who represent the family of Gloria Satterfield.

Satterfield was the longtime housekeeper of the Murdaugh family and helped raise Alex Murdaugh’s two sons. In 2018, she died after a trip-and-fall incident at the family’s Moselle home, where Alex’s wife and son were murdered in June 2021.

For three hours, attorneys Eric Bland, Ronnie Richter and Scott Mongillo questioned Westendorf, who was enlisted by Murdaugh to be the personal representative in the case, about his alleged role in the theft of the $4.3 million.

At the time of the questioning, Westendorf had already been dismissed as a defendant in the case.

This has led some to question the motivation behind Westendorf’s testimony. More on this in a second.


According to Westendorf’s account, Beaufort attorney Cory Fleming — Alex Murdaugh’s best friend who represented the Satterfield family at the time — informed Mullen that the order releasing the settlement funds would not be filed right away due to the spotlight that was on Murdaugh.

Sources tell FITSNews that Westendorf’s testimony is consistent with information he has given to both state and federal law enforcement investigators.

It is important to note here that if Westendorf is not telling the truth about Mullen or any other aspect of the case, he risks federal prison time.

But this has not stopped speculation that Westendorf’s account about Mullen’s actions might be part of a long-game, behind-the-scenes set-up on the part of the Murdaugh team to divert attention from the crimes — which potentially could include a double murder, let’s not forget.

Some say this type of diversionary tactic could also be a way to shield any co-conspirators who have yet to be identified, as well as further indict the state’s judicial system — to the point that the U.S. Attorney’s office feels compelled to take over the case.

Why would that matter to the Murdaugh team?

While federal charges are a likely possibility, Murdaugh’s cases have remained in state hands … for good reason.

As FITSNews’ founding editor Will Folks reported in the fall, “the entrance of federal prosecutors into this case has been steeped in scandal thanks in large part to a nefarious bid by Murdaugh defense attorney Dick Harpootlian to negotiate a backdoor plea agreement for his client.”

Ultimately, though, two opposing truths can exist at the same time.

These accusations against Mullen should result in a robust investigation from the institutions tasked with keeping lawyers and judges honest.

The Integrity of Our Legal System

Pascoe has been accused by some as having a bone to pick with Mullen as a result of ProbeGate.

In 2018, Mullen presided over the plea deal reached in the ProbeGate case involving former S.C. house majority leader Rick Quinn and was roundly criticized for sentencing Quinn — who pleaded guilty to taking part in a legislative “pay-to-play network” — to two years’ probation.

Mullen’s ruling was challenged by Pascoe, who was appointed special prosecutor in the matter and had recommended a year in prison for Quinn and accused Mullen of being biased.

Her ruling was upheld by the South Carolina Supreme Court in 2020, with the court finding no evidence of such bias.

FITSNews’ founding editor Will Folks wrote extensively about ProbeGate at the time — and called for Mullen’s recusal — saying, “Real accountability for the misdeeds of corrupt elected officials was sorely lacking … and there was absolutely no accountability when it came to the puppet masters pulling their strings.”

Regardless of Pascoe’s history with Mullen, right is right and wrong is wrong. His accusations here are hardly petty concerns.

Not to mention, for the sake of the public’s trust in South Carolina’s legal system, it’s important to call out judges who appear to be doing favors for certain litigants.

Here’s how that works …

According to a 2019 investigative project by ProPublica and The Post and Courier, “Over the past two decades, more than 1,000 ethics complaints have been lodged against South Carolina judges who handle the state’s major cases in circuit court. Beyond mere courtroom disputes, the complaints contain serious concerns about abuse of office, including allegations of influence peddling or judges mishandling conflicts of interest.

“The number of judges punished publicly as a result: zero.”

This might explain the frustration expressed in Pascoe’s letter.

“I received no detailed explanation for the dismissal even after I made a specific request for an explanation,” Pascoe writes about the 2019 decision from the SCCJC. “I am unaware of any witnesses or facts the Commission considered in its dismissal.”

Pascoe notes in the letter that he wasn’t permitted to know who served on the panel that considered the matter against Mullen.

“I believe it is important that your office and the Commission reconsider the complaint I filed while investigating Mr. Bland’s new information because in total it evidences a pattern of improper activity detrimental to our justice system.”