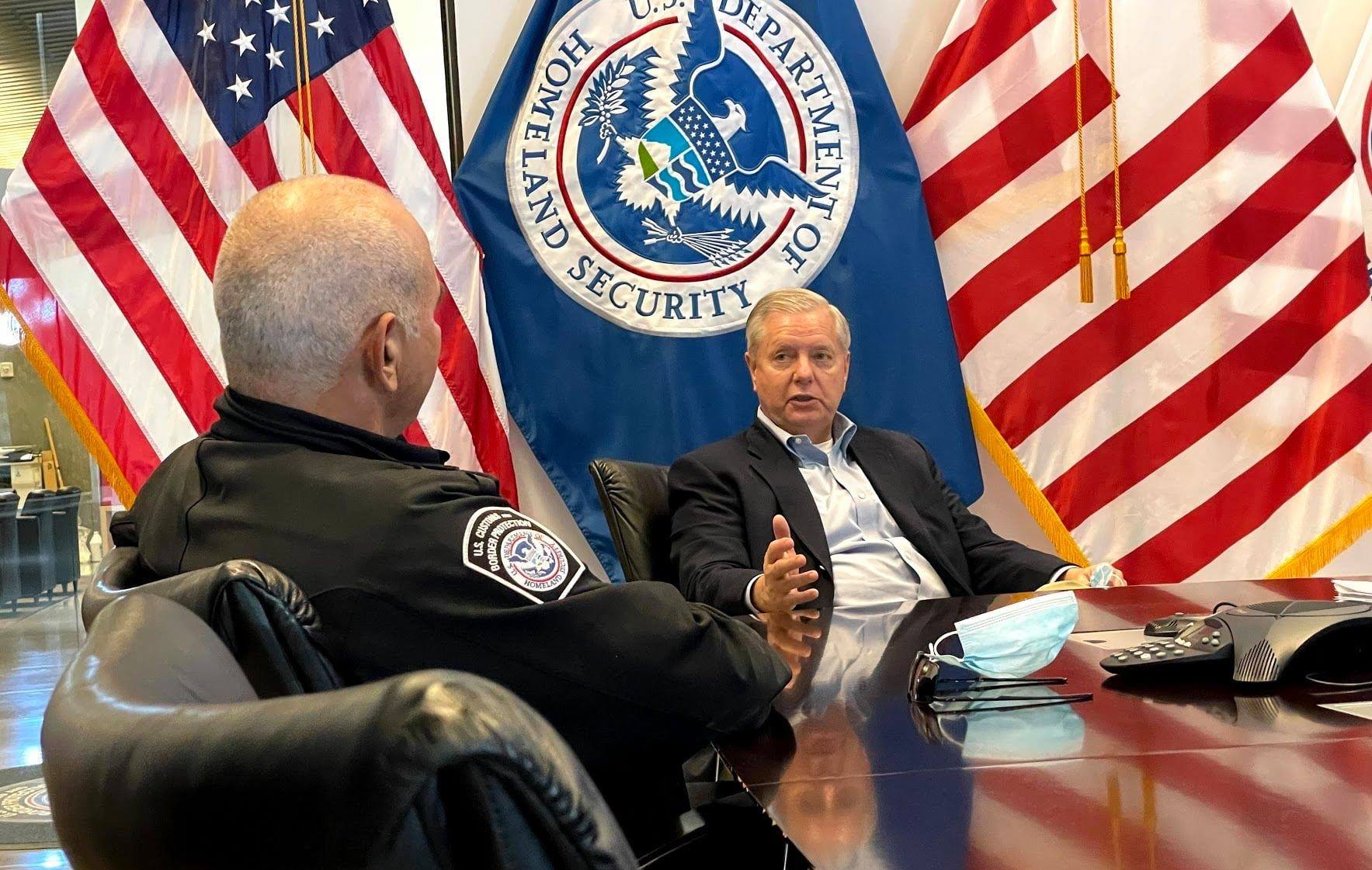 United States senator Lindsey Graham of South Carolina has always been a reckless, unrepentant warmonger .. and a hypocritical one at that. But let me tell you how I really feel, right?

Graham, 66, took his costly lust for spending other people’s blood and treasure to a new level this week when he actually found a way to surrender the moral high ground to Russian president Vladimir Putin.

Putin, of course, launched an invasion of Ukraine last month that has drawn international condemnation – and rightfully so. Except wait … America lit the spark for the conflagration currently consuming eastern Europe, didn’t it?

As I noted earlier today in response to yet another letter-writer who has smoked himself stupid on Joe Biden’s self-serving talking points, the United States – which loves to “make the world safe for democracy” (or at least pretend to) – orchestrated the overthrow of Ukraine’s democratically elected government just eight years ago.

I’m sorry, I’m not trying to be contrarian … but that’s a fact. American diplomat Victoria Nuland and ambassador Geoffrey Pyatt literally conspired with a bunch of Nazis (no, seriously) to overthrow Victor Yanukovych, a pro-Russian politician chosen by the Ukrainian people as their president in the February 2010 national election.

Next, Nuland and Pyatt hand-picked the country’s new prime minister – Arseniy Yatsenyuk – and promptly frog-marched him to the Oval Office to receive his marching orders from then-president Barack Obama .

Yeah … and we wonder why the Russians are pissed?

Look, I am not condoning the Russian invasion of Ukraine. I think it is deplorable. Dangerously and unnecessarily provocative. Crazy.

But for American neoconservatives like Graham to pretend they care one whit for Ukrainian “sovereignty” is demonstrably disingenuous. Laughable. They care about what Biden cared about – profiting from our ability to control other nations (and the deadly conflicts in which they become entangled at our urging).

Except wait … that story got censored, didn’t it?


Anyway, Graham took to the left-leaning woke echo chamber of Twitter this week to channel the prevailing anti-Russian sentiment.

“Is there a Brutus in Russia? Is there a more successful Colonel Stauffenberg in the Russian military?” Graham tweeted. “The only way this ends is for somebody in Russia to take this guy out. You would be doing your country – and the world – a great service.”

That’s right … Graham just called for the assassination of the Russian president.

Jeez … and how many borrowed trillions will it take to enforce that new doctrine, Miss Lindsey?

At the height of the Cold War in June of 1985, English musician Sting released his debut solo album The Dream of the Blue Turtles. The album featured a track entitled Russians.

In Europe and America there’s a growing feeling of hysteria
Conditioned to respond to all the threats
In the rhetorical speeches of the Soviets
Mister Krushchev said, “We will bury you”
I don’t subscribe to this point of view
It’d be such an ignorant thing to do
If the Russians love their children too

How can I save my little boy from Oppenheimer’s deadly toy?
There is no monopoly on common sense
On either side of the political fence
We share the same biology, regardless of ideology
Believe me when I say to you
I hope the Russians love their children too

There is no historical precedent
To put the words in the mouth of the president?
There’s no such thing as a winnable war
It’s a lie we don’t believe anymore
Mister Reagan says, “We will protect you”
I don’t subscribe to this point of view
Believe me when I say to you
I hope the Russians love their children too

We share the same biology, regardless of ideology
But what might save us, me and you
Is if the Russians love their children too

Frankly, Graham is every bit as ignorant as Nikita Krushchev was … if not more.

A better American response? The one articulated by president John F. Kennedy just a few months before his assassination.

“Let us not be blind to our differences – but let us also direct attention to our common interests and to the means by which those differences can be resolved,”  Kennedy continued.  “For, in the final analysis, our most basic common link is that we all inhabit this small planet.  We all breathe the same air.  We all cherish our children’s future.  And we are all mortal.”

I guess he got “censored” by neoconservatives too, though, didn’t he?

Whatever you think of the situation in Ukraine, we should all be able to agree Graham’s language is over-the-top – and threatens to escalate this conflict to yet another level (one for which America is clearly unprepared).

Murdaugh Murders Saga: Misconduct Allegations Against SC Judge ‘Should Not Be A Surprise,’ Solicitor’s Letter Says