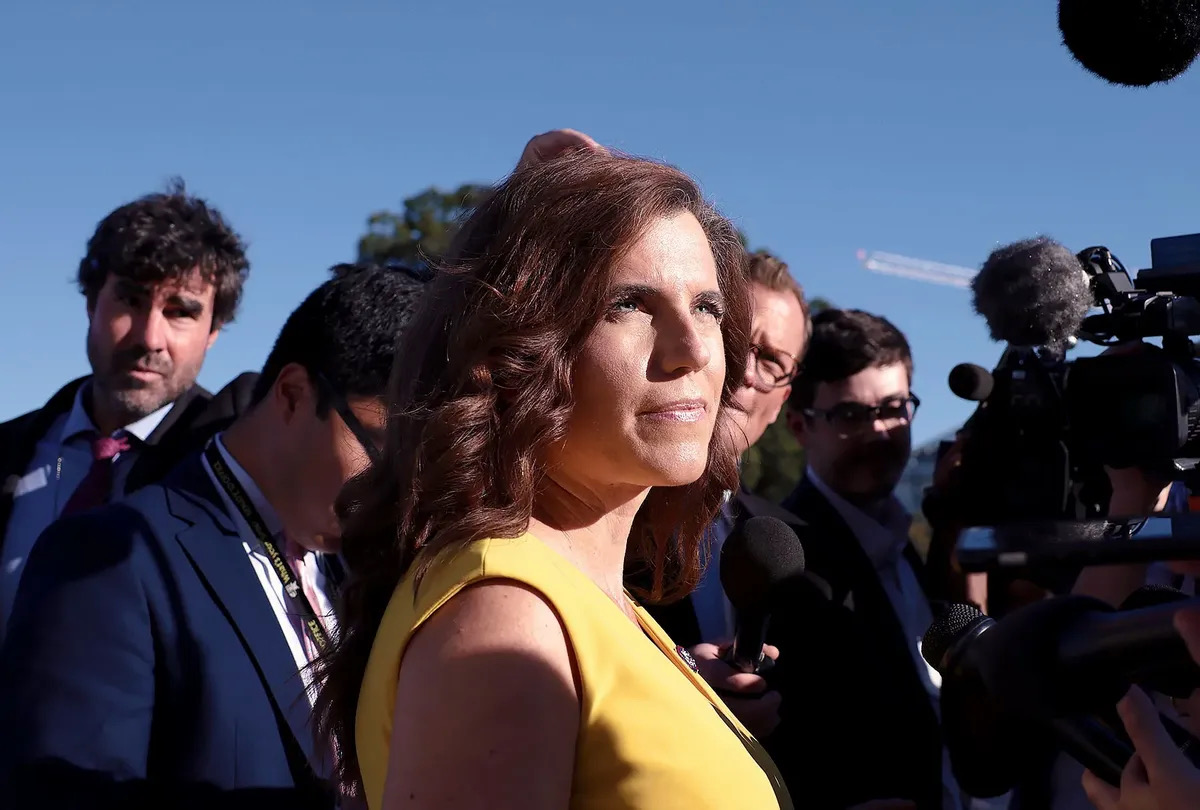 Mace’s beef with Greene is nothing new. The two first-term lawmakers were at each other’s throats in the aftermath of the January 6 rioting at the U.S. Capitol – with Mace condemning former U.S. president Donald Trump for his alleged role in inciting the violence and Greene defending the GOP standard bearer.

The latest battle between the two began when U.S. congresswoman Lauren Boebert of Colorado made a joke about congresswoman Ilhan Omar of Minnesota – one of the first two Muslim women elected to congress.

“I looked to my left and there she is: Ilhan Omar,” Boebert joked. “And I said, ‘Well, she does not have a backpack — we should be OK.'”

Mace rebuked Boebert, telling CNN that “time after time” she has “condemned my colleagues on both sides of the aisle for racist tropes and remarks that I find disgusting and this is no different.”

“We all have a responsibility … to lower the temperature, and this does not do that,” Mace said.

Greene responded to Mace’s interview by calling her “the trash in the GOP conference” and say she should “back up off of (Boebert) or just go hang with your real gal pals, the Jihad Squad.”

That’s a reference to Omar’s pro-socialist congressional allies, including fellow Muslim lawmaker Rashida Tlaib of Michigan (Mace has sparred with these lawmakers in the past, too, incidentally).

The latest back-and-forth only escalated from there, with Mace delivering this remark to reporters …

U.S. House minority leader Kevin McCarthy even got dragged into the dust-up, telling both Mace and Green to “stop it.”

While these Beltway dramas fail to move the needle much outside of Washington, D.C., Mace’s latest squabble highlights a vulnerability on her right flank – and efforts by Trump and his backers to exploit it.

Last month, Trump publicly announced he was courting candidates to run against Mace … confirming months of reporting by this news outlet.

“Saving America starts by saving the GOP from RINOs, sellouts, and known losers!” Trump said in a statement, soliciting what he referred to as “America First Republican Patriots” to run primary campaigns against Mace and ten other members of congress.

Despite Trump’s announcement, the 43-year-old first-term congresswoman has yet to draw a top tier rival in the GOP primary – and continues to excel on the fundraising front. Mace does have a credible Democratic opponent, but so far 2022 is shaping up to be another GOP wave election – and the first district is going to be far friendlier to the “Republican” party after its lines are redrawn later this month.

Which means unlike 2018, this fight will be decided in the GOP primary … barring some seismic reversal of current national trends.


Three years ago, lobbyist/ “ocean engineer” Joe Cunningham edged GOP nominee Katie Arrington for this seat – delivering it to Democrats for the first time since 1981. Cunningham was defeated by Mace in a similarly close election last fall, though.

Arrington, 50, has enjoyed a decorated career as a top cybersecurity analyst at the U.S. Department of Defense (DOD) over the last three years. The former state lawmaker from Berkeley County defeated two-time incumbent congressman (and former two-term governor) Mark Sanford in the GOP primary for the Palmetto State’s first congressional district in June of 2018.

Shortly thereafter, though, she was involved in a near-fatal car crash that knocked her off the campaign trail for several weeks.

One key factor in Arrington’s 2018 loss? Sanford’s refusal to endorse her candidacy …

“Will Arrington return to the political arena?” I wondered in a post back in February.

According to my sources, the Fairfax, Virginia native is actively considering a primary challenge against Mace next spring.

“Arrington ain’t off the chessboard yet,” a source close to the former lawmaker told me early Thursday. “She held her nose and voted for Mace last time because anyone was better than Joe Cunningham but her constant need for media attention and not doing what’s right for the district is making (Arrington) seriously consider running.”

Arrington and Mace were the definition of oil and water during their brief tenure together in the S.C. House of Representatives – developing what one lawmaker described as an “abiding dislike” of each other.

Needless to say, a primary battle between the two would be a firework-laden affair …

Filing for partisan primary elections in South Carolina opens in March of 2022, with primaries and runoffs scheduled for early and late June, respectively. As noted previously, Mace has a huge fundraising lead … one which puts tremendous pressure on anyone looking to knock her off in a primary.

Of course if Trump makes good on his pledge to support a challenger to Mace, his endorsement – and the fundraising that would come with it – could quickly level the playing field.

“I will be very supportive of a primary challenger (to Mace), along with President Trump,” she said.