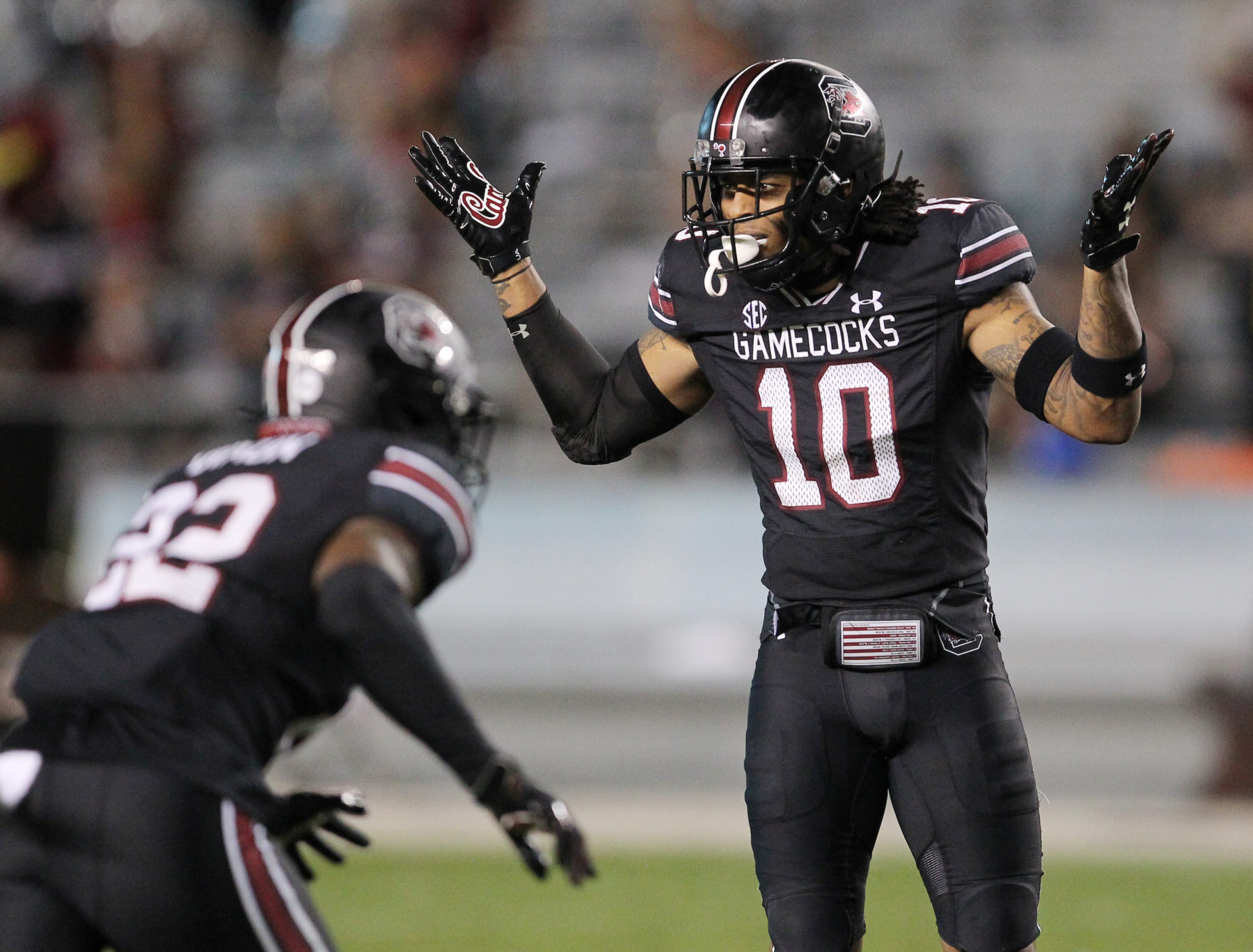 The oddsmakers have spoken when it comes to the University of South Carolina’s upcoming 2021 football season – the Gamecocks’ first campaign under new head coach Shane Beamer. What, exactly, are they saying? That Gamecock fans should prepare for lots of losses.

Eight of them, more than likely …

Less than a decade removed from the program’s golden era – notably three straight 11-win seasons (and top ten finishes) under former head coach Steve Spurrier – the Gamecocks are in line for their third consecutive losing campaign. Assuming that happens, it would mark the first time since 1997-1999 that South Carolina has recorded three straight losing seasons on the gridiron.

With such deflated expectations, is another “underwater” campaign in Columbia, S.C. an inevitability? Not necessarily …

Preseason projections usually get tossed out of the window by late September as fans get a better sense of not only how their favorite team is faring – but how each opponent on their team’s upcoming schedule is doing. Games that lined up as “guaranteed” wins or losses in August get moved into different categories – although on a twelve-game schedule, the odds are that any given program will face roughly the same number of over- and underachievers.

Meaning things tend to balance out …

As its stands now, the conventional wisdom is that Beamer’s team has four games it should win – a home tilt against Eastern Illinois (this Saturday), a road game against East Carolina (September 11) and home games against Troy (October 2) and Vanderbilt (October 16).

This is what Vegas is thinking, anyway …

Assuming things play out as anticipated, that means the upcoming season would be judged by how well Beamer’s team performs on the road against Tennessee (October 9) and Missouri (November 13) and at home against Kentucky (September 25) and Auburn (November 20).

As of this writing, South Carolina would likely be an underdog in each of those games … especially the Auburn matchup. Still, there is hope. Even though South Carolina backslid precipitously during its five seasons under former head coach Will Muschamp – there were outliers (here and here).

And who is to say Beamer doesn’t have an upset or two up his sleeve?

But while South Carolina will rely on upsets in the hopes of salvaging a respectable campaign, the Gamecocks will have a target on their backs in the handful of games they are projected to win … especially when they travel to Greenville, North Carolina on September 11 to take on third-year head coach Mike Houston’s East Carolina Pirates.

Wait a minute … why is a Southeastern Conference school going on the road against a non-power five conference opponent?

For an answer to that question, South Carolina fans would need to consult their results-challenged athletics director Ray Tanner, who is inexplicably still calling the shots of this program despite running it into a ditch on virtually every front (except women’s basketball) over the past eight years.

The Gamecocks and Pirates were supposed to play in Greenville, N.C. in 2019, but Tanner canceled that contest. The schools were supposed to play again in Columbia last year, but the Southeastern Conference (SEC) controversially cancelled all non-conference games. In January, East Carolina announced the 2020 game had been rescheduled for 2027.

South Carolina enjoys a 14-5 series record against East Carolina. The two programs first met in 1977, and the rivalry was played continuously from 1984-1994. South Carolina won the first eight games in the series, but the Pirates won four out of five during a six-year span from 1991 to 1996.

South Carolina has won the last four games in the series, including a 20-15 victory in Muschamp’s third game as head coach back in 2016.

With the Gamecocks more than likely to prevail at home this weekend over Eastern Illinois – a Football Championship Subdivision (FCS) bottom-feeder – the East Carolina game is shaping up as Beamer’s first true test as a head coach.

Like South Carolina, East Carolina has struggled in recent years – posting a 3-6 record in 2020 on the heels of a 4-8 campaign in 2019 and a 3-9 mark in 2018. The team did win its final two games last year – and returns junior quarterback Holton Ahlers and a pair of talented freshman tailbacks, Rahjai Harris (of Duncan, S.C.) and Keaton Mitchell.

Ahlers (above) has thrown for nearly 7,100 yards and 51 touchdowns during two-and-a-half seasons as the Pirates’ starting quarterback. He is one of the most experienced signal-callers in the American Athletic Conference (AAC) and could pose serious problems for new Gamecock defensive coordinator Clayton White, whose unit is thin at multiple defensive backfield positions (as I noted in this preview).

Also, Ahlers is in his third season under coordinator/ quarterbacks coach Donnie Kirkpatrick. South Carolina’s defense will be playing only its second game under White – who has installed an entirely new defensive alignment.

So … can Houston’s team pull off the upset against the favored Gamecocks? While the jury may be out on the third-year head coach – who took the reins of the Pirate program following the disastrous tenure of Scottie Montgomery – there is one bit of gridiron history South Carolina fans would be wise not to overlook as September 11 draws nigh.

Six years ago, Houston was the the head coach at The Citadel when the Bulldogs pulled off one of the biggest upsets in program history – a 23-22 victory over the Gamecocks at Williams-Brice Stadium on November 21, 2015.

No FCS team has beaten an SEC team since …

RELATED | SOUTH CAROLINA HAS A STARTING QUARTERBACK … SORT OF

While Vegas believes the Gamecocks will prevail over East Carolina next weekend, several sportswriters are locking in their upset picks.

“I am going out on a limb here, but I think the Pirates can upset the Gamecocks at home,” Jackson Caudell predicted last month for Fansided.

Stephen Igoe – who covers East Carolina for 247Sports – concurred with Caudell’s assessment. He has a Pirate upset of the Gamecocks listed as one of his ten “bold predictions” for 2021.

“South Carolina is vulnerable,” Igoe wrote. “The Gamecocks have a first-time head coach and major personnel questions, including (at) quarterback. And ECU gets South Carolina at home.”

Meanwhile, Connor O’Gara – a senior columnist for Saturday Down South – believes South Carolina is vulnerable to an upset loss in one of its four “should-win” games, although he believes it is more likely to come later in the year against Troy.

“Don’t rule out the possibility of an embarrassing loss like this early on in the Beamer era,” O’Gara wrote.

ESPN’s matchup predictor currently gives South Carolina a 67.8 percent chance of victory against the Pirates on September 11 in Greenville – although that needle will move (perhaps significantly) based on how the two programs perform in their respective season openers on Saturday.

What do you think? Will East Carolina upset the Gamecocks on September 11?

Vote in our poll, and post your thoughts in our always-engaging comments section below …