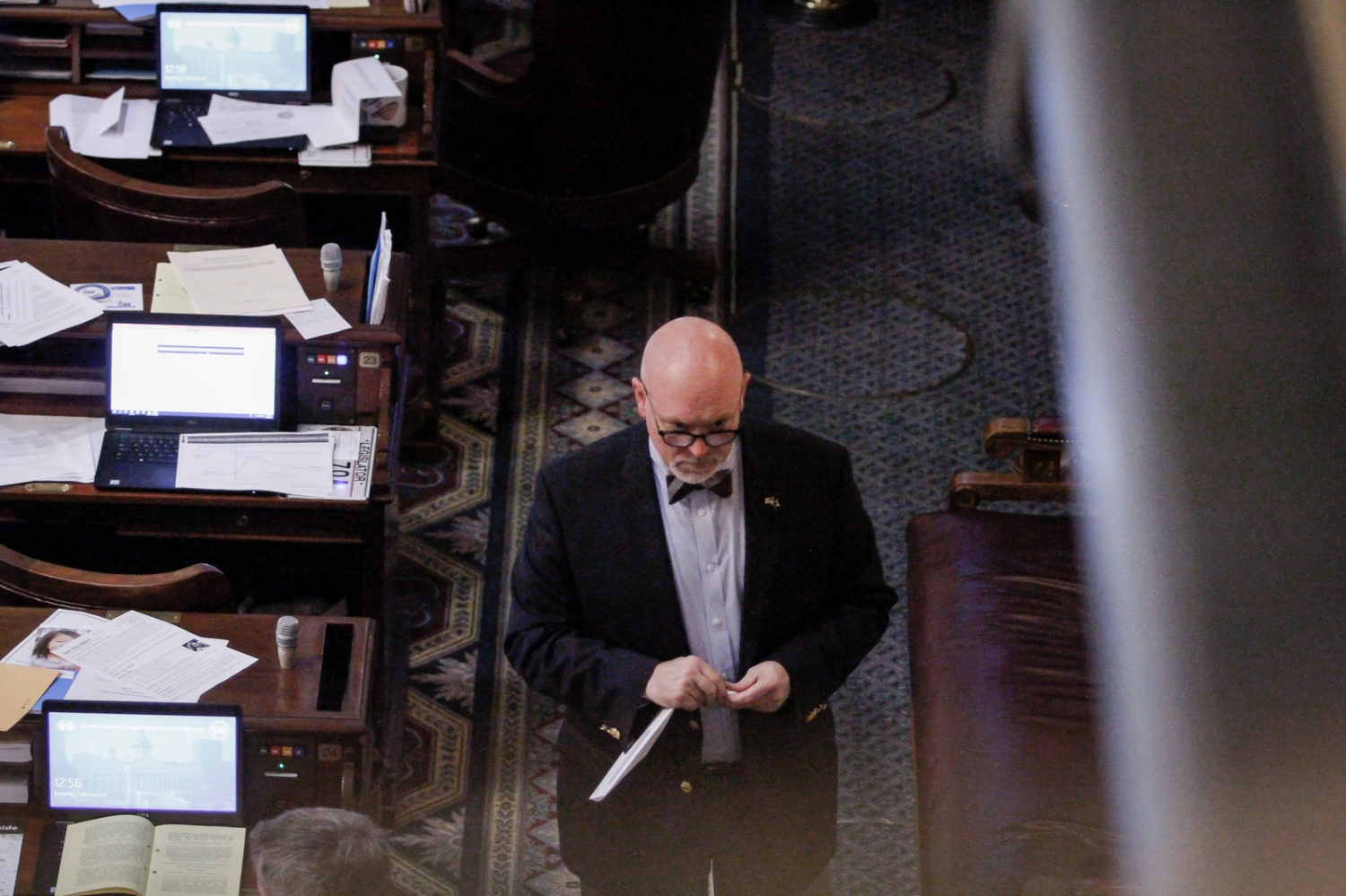 By now, I have learned to take reports of “corruption” along South Carolina’s Grand Strand – notably Horry county and the city of Myrtle Beach – with a veritable ocean of salt. This particular portion of the Palmetto State’s picturesque, 187-mile coastline has been described as a “sunny place for shady people,” and it invariably lives up to that reputation.

The only time I summon my surprised face? When I am informed of elected officials in this area behaving honorably …

Rankin – a “former” Democrat – survived a tougher-than-expected reelection battle last spring to remain in the S.C. Senate. As a result of his victory, Rankin retained his influential perch as chairman of that chamber’s judiciary committee. He also kept his role as the ranking member of the state’s judicial merit selection commission (SCJMSC), which is responsible for selecting the judges who stand for election before state lawmakers.

How contentious was Rankin’s reelection fight? Well, let’s just say there is currently a lawsuit alleging a conspiracy in connection with his victory … one which has ties to some very shady people.

This week, a report from Paul Gable of the website Grand Strand Daily opened up a new line of inquiry involving another possible Rankin-related conspiracy. According to Gable’s report, the 59-year-old attorney appears to have engaged in a quid pro quo with Clemmons – receiving support in his reelection fight in exchange for backing Clemmons’ bid for a plum judicial post.

So … was there a quid pro quo?

Given his leadership position on the SCJMSC – and his seniority on the Horry county legislative delegation – Rankin certainly wields more influence than any other politician when it comes to Clemmons’ bid to become the next master-in-equity for Horry county.

Basically, if Rankin wants Clemmons in this position – he will get it. The question is whether Clemmons entered into a backroom deal with Rankin to that end – and then lied about it.

For those of you who have forgotten about Clemmons, he abruptly resigned his seat in the S.C. House of Representatives last July – just five weeks after he won reelection to a two-year term in office that would have begun in January 2021.

Wait … why would someone resign from office just weeks after the voters reelected them?

As I noted at the time, Clemmons stepped down because he “reportedly reached an agreement with the Horry county legislative delegation to receive an appointment as master-in-equity for the coastal county.”

This local government position did not open up until July of this year, and state law forbids former lawmakers from being considered for the seat unless they have been out of office for at least one year. Clemmons insisted the timing of his resignation had nothing to do with the judicial appointment – claiming he wanted to spend more time with his family and at his law practice.

“I fully believed that I could effectively serve my constituents for one more term, but it has become increasingly clear in the last few weeks that my time needs to be spent with my family and at my law practice,” he said.

Was that true, though?

The master-in-equity agreement between Clemmons and Horry county lawmakers was reportedly reached after he tried unsuccessfully for months to land another local government gig. It also came right around the time he was going to the mattresses on behalf of Rankin’s reelection bid.

“Clemmons literally ‘went to the wall’ to help Rankin get reelected,” Gable noted, citing speeches in which the former lawmaker accused Rankin’s primary rival, John Gallman, of being a liar in campaign advertisements.

“In my world, those that tell lies can’t be trusted,” Clemmons said in one speech, referring to ads ostensibly run by Gallman.

According to Gable, however, “Clemmons’ statement was a lie.”

“The ads he referred to were, in fact, paid for and run by an independent third party political action committee with no ties to the Gallman campaign,” Gable wrote.

Thanks in part to Clemmons’ support, Rankin (above) defeated Gallman in the June 2020 primary runoff for S.C. Senate District 33 (.pdf) – even though just a few weeks earlier Rankin had been named the most liberal “Republican” member of the S.C. General Assembly.

Having helped Rankin secure his post for another four years, Clemmons stepped down from his public office. And based on a sworn affidavit submitted to the S.C. Election Commission (SCVotes.org) at the time, it was determined his resignation was for “legitimate, non-political” reasons – paving the way for the special election which ultimately filled his unexpired term.

Did Clemmons lie in this affidavit, though?

According to Gable, the SCJMSC “should investigate the question of whether Clemmons was truthful in his affidavit to the election commission about resigning for personal reasons or was the judgeship already in his sights when he submitted it.”

“In the five weeks between the June primary and his July resignation, was Clemmons seeking support for a candidacy for the master-in-equity recommendation from local legislative delegation members?” Gable asked.

If it can be proven Clemmons was indeed seeking such support, then he lied in his affidavit to the election commission. And if Rankin winds up backing Clemmons bid for this appointment – it would certainly seem as though it were a quid pro quo for the support Rankin received from Clemmons in his reelection fight.

In addition to these allegations, Gable encouraged the panel to question Clemmons over allegations that he “used his campaign account for what certainly appear to be (expenditures) other than campaign expenses.” He is also asking them to consider a bizarre story involving Clemmons’ alleged manipulation of the sale of one of Gallman’s properties just prior to the 2020 election.

Just prior to his resignation, Clemmons was indeed staring down some serious campaign finance allegations – which he personally refuted in a letter to the editor of this news outlet.

In addition to his own campaign finance issues, Clemmons was among the beneficiaries of a controversial effort by the S.C. Republican party (SCGOP) to actively meddle in its own partisan primary elections – the first election cycle I can recall to feature such interference in an ostensibly neutral candidate selection process.

This interference is one of the reasons Horry county has become a flashpoint in the ongoing civil war within the SCGOP – however it has yet to be fully vetted by local party leaders.

Clemmons, 62, represented S.C. House District 107 (map) from 2003 until his resignation last July. A fiscal liberal, he spent much of his time in the legislature lobbying on behalf of Israel – including a controversial budget provision criminalizing alleged anti-semitism that many believe is a violation of the First Amendment.

Clemmons also found himself facing criticism for botching a major civil asset forfeiture reform initiative … and for organizing a controversial “Egyptian vacation” for multiple lawmakers in October of 2019.

Oh, and let us never forget his role in the infamous “Coastal Kickback” campaign finance scandal …

Bottom line? I support Gable’s call for a public investigation into these allegations.

In fact, if the SCJMSC is unwilling to dig into the matter then I believe the S.C. State Ethics Commission (SCSEC) and the S.C. State Law Enforcement Division (SLED) should get involved.