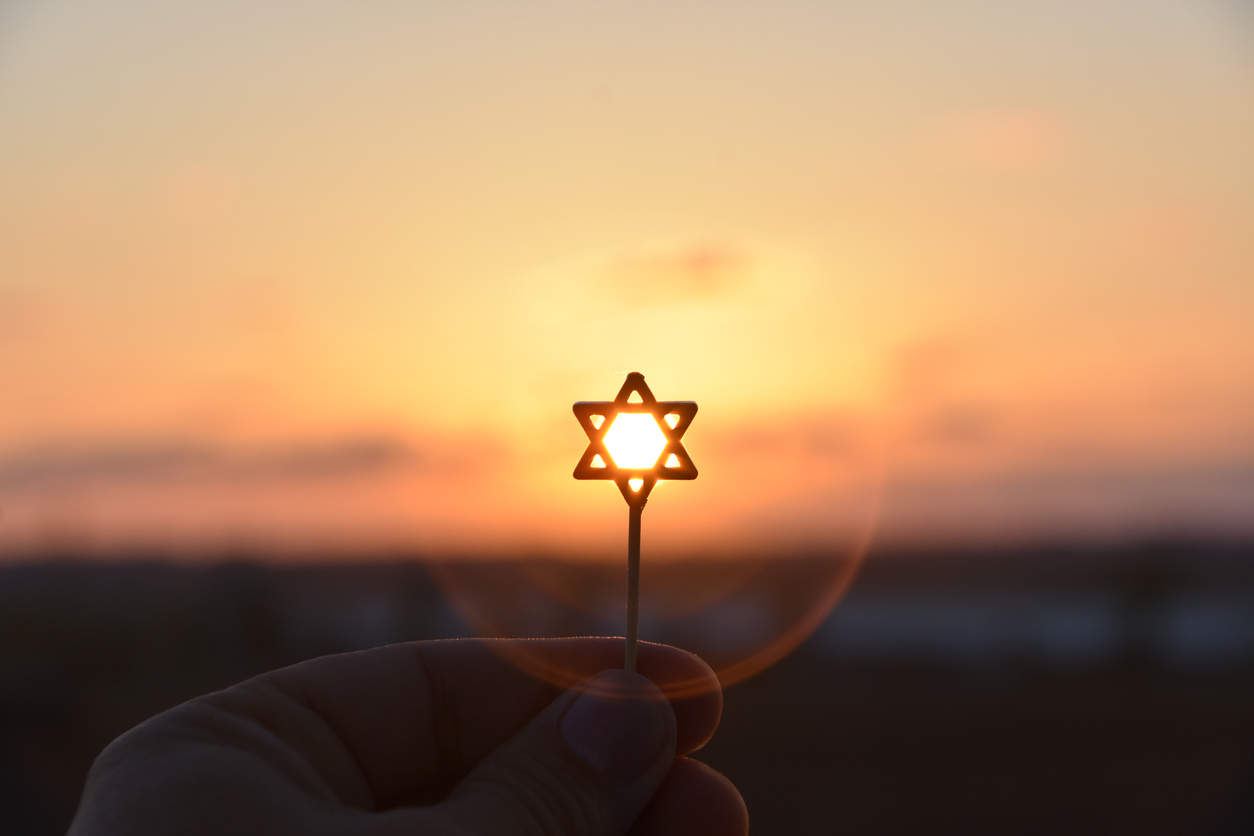 Oh, and it’s corrupt as hell …

Naturally, though, state lawmakers have decided to put all of that on the back burner to do the bidding of the state of Israel.

In a shameless election year sop to Jewish voters, governor Henry McMaster is clamoring for the South Carolina Senate to pass H. 3643 – which would adopt “the definition of anti-Semitism set forth by the Special Envoy to Monitor and Combat Anti-Semitism of the Department of State in the fact sheet issued on June 8, 2010.”

More on that mouthful in a moment …

The law goes on to say that “in reviewing, investigating, or deciding whether there has been a violation of a college or university policy prohibiting discriminatory practices on the basis of religion, South Carolina public colleges and universities shall take into consideration the definition of anti-Semitism for purposes of determining whether the alleged practice was motivated by anti-Semitic intent.”

McMaster wants this legislation passed within the next ten days. 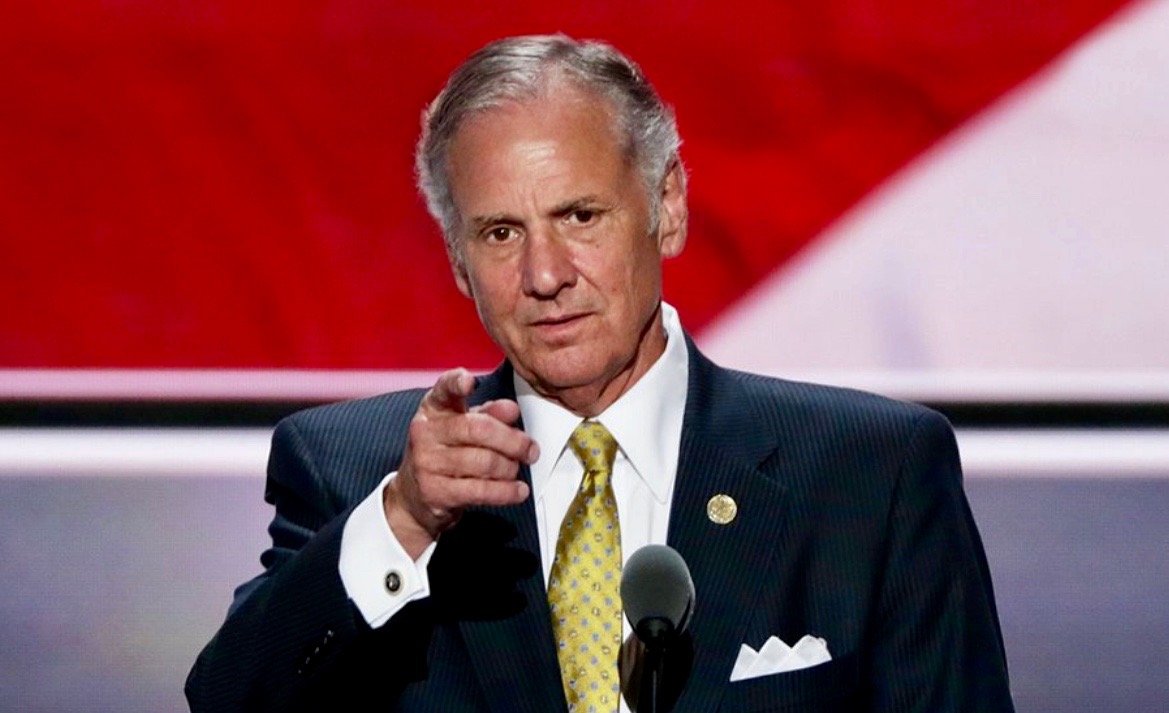 “Anti-Semitism has no place in South Carolina, and the passage of this bill would go a long way towards ensuring that our state and its college campuses provide a welcoming environment for those from all walks of life,” the governor said in a statement. “I’m proud that South Carolina continues to lead the fight against anti-Semitic discrimination and would ask that the Senate immediately bring the bill to the floor for a final vote, so that we may send the strongest possible message to the world this January 27th on International Holocaust Remembrance Day.”

Not surprisingly, this bill is sponsored by state representative Alan Clemmons – a devout Mormon who is literally obsessed with the Jewish State.

“Governor McMaster has rightly asked the state senate to pass the bill before Holocaust Memorial Day in honor of over six million souls who were murdered because of their Jewish ethnicity and faith,” Clemmons said. “Never again means passing the bill now!”

It all sounds so vanilla, right?  So reasonable.  So appropriate.

It’s anything but, though.  A quick look at the 2010 “fact sheet” (.pdf) – which was conveniently omitted from the text of Clemmons’ bill – reveals a glaringly anti-American assault on the First Amendment.

According to the “Special Envoy’s” definition, for example, anti-semitism includes blaming Israel for “inter-religious or political tensions” or applying “double standards” to the Jewish State.  One is also apparently anti-semitic if they oppose the existence of the Jewish State or the “right of the Jewish people to self-determination.”

There are also a host of statements (i.e. speech) that the bill seeks to establish as anti-semitic, including “accusing Jewish citizens of being more loyal to Israel, or to the alleged priorities of Jews worldwide, than to the interests of their own nations.” 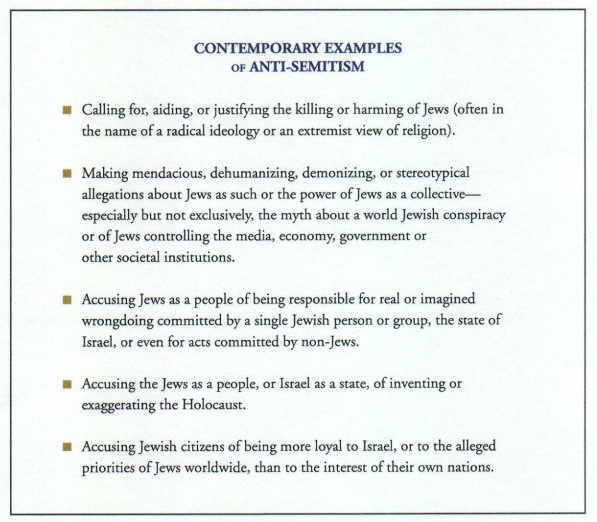 Sadly, this is not a joke.  In fact, similar bills have been pushed at the federal level related to the 1964 Civil Rights Act.  South Carolina’s own Senator Tim Scott was a sponsor of one of those bills.

We wonder … do any of these politicians have any idea what they are endorsing?

Our guess is they do not.  For far too long, it has long been the reflexive view of most American elected officials to do whatever Israel demands – a policy which has resulted in hundreds of billions of tax dollars being drained from our government to the Israeli military.

To be clear: We have no problem with the Jewish State.  We believe Israel has every right to defend itself/ wage aggressive wars as it pleases.  All we ask is its leaders stop asking American taxpayers to pick up the tab for their wars of aggression.

Whether you like Israel … or whether you like Jewish people … in America you have the right to believe as you see fit.  And to speak your mind as to what you believe.

We encourage the South Carolina Senate to reject this legislation.  Passing it would not only be wrong, it would subject the state of South Carolina and its institutions of higher learning to a flood of costly lawsuits that taxpayers cannot afford to defend.

As for McMaster and Clemmons, if they wish to represent the interests of the Israeli people then they should renounce their American citizenship, relocate to Jerusalem and stand for election there.